Isaias slightly strengthens as it crawls up Florida coast 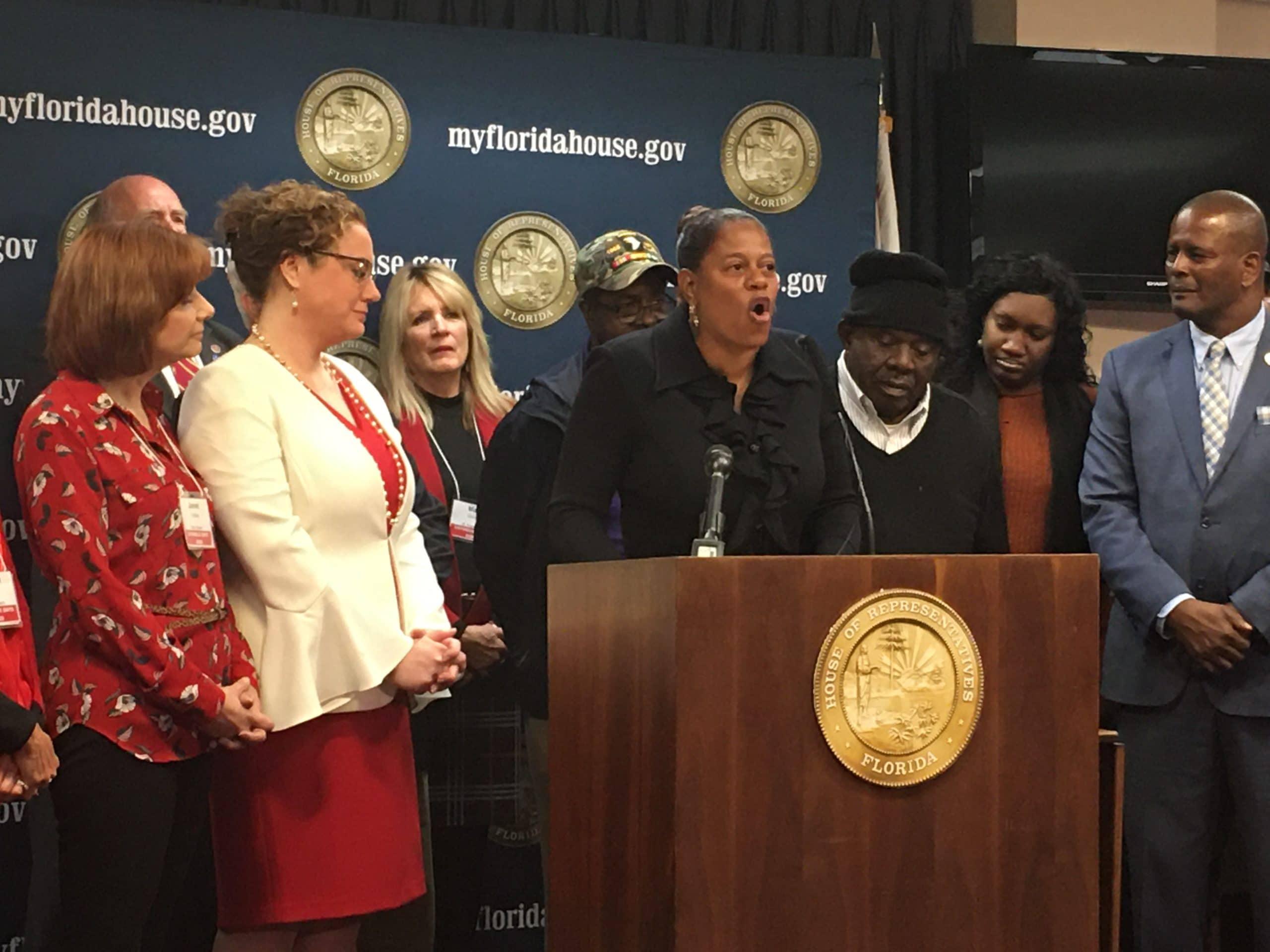 With legislation headed to the House and Senate floor, advocates of parental consent for underage abortions rallied for their cause.

Among them: “Blue Dog” Democrats.

A Wednesday presser saw Rep. Kim Daniels, a Jacksonville Democrat who broke with her caucus to support the requirement, making the case with primary sponsor, Republican Rep. Erin Grall.

The measure (HB 265) would require parental consent before minors could undergo abortion procedures. The bill is in second reading in the House after its sole committee stop, and not every Democrat is in opposition.

Daniels, a self-described “Blue Dog” Democrat from Jacksonville, is co-sponsoring the bill for the second straight year.

“A child cannot take an aspirin or go on a field trip in school without parental consent,” Daniels said, but abortion is a different matter.

“This bill is about parental rights. Parental consent,” Daniels said, before turning to internal caucus dynamics.

Daniels asked “how dare any caucus position or any other position try to shut my mouth,” adding details about her own botched abortion as a teenager — one obtained with a forged signature from her mother.

“There are some in my caucus who have no respect for me as a representative for my district … no respect for  my values as a believer. They want to make me vote with them, and that ain’t happening,” Daniels said.

She went on to decry “caucus critics” for saying they are trying to “get her” for this and other positions that deviate from the caucus, such as on LGBTQ issues.

“What’s happening to me, it goes ignored, when it is literal religious discrimination,” Daniels said, calling out “far-left special interest groups.”

“This is a message to the Anna Eskamanis and Cindy Polos who are so far left they get left behind,” Daniels continued, saying she wanted to move beyond “the political okey doke” and “meet in the middle.”

Daniels discussed being “bullied” in response to questions.

Rep. James Bush III, a South Florida Democrat, couched his support for parental consent in Jesus Christ and “the children yet to be born.”

Sen. Kelli Stargel is sponsoring the Senate version of the bill (SB 404.)

Stargel will take questions on the bill, which is on the Special Order Calendar, Wednesday.

However, a vote won’t come until next week.

House Democratic Leader Kionne McGhee, who has had something of a balancing act on his hands with the caucus on this issue, will offer comment later Wednesday.