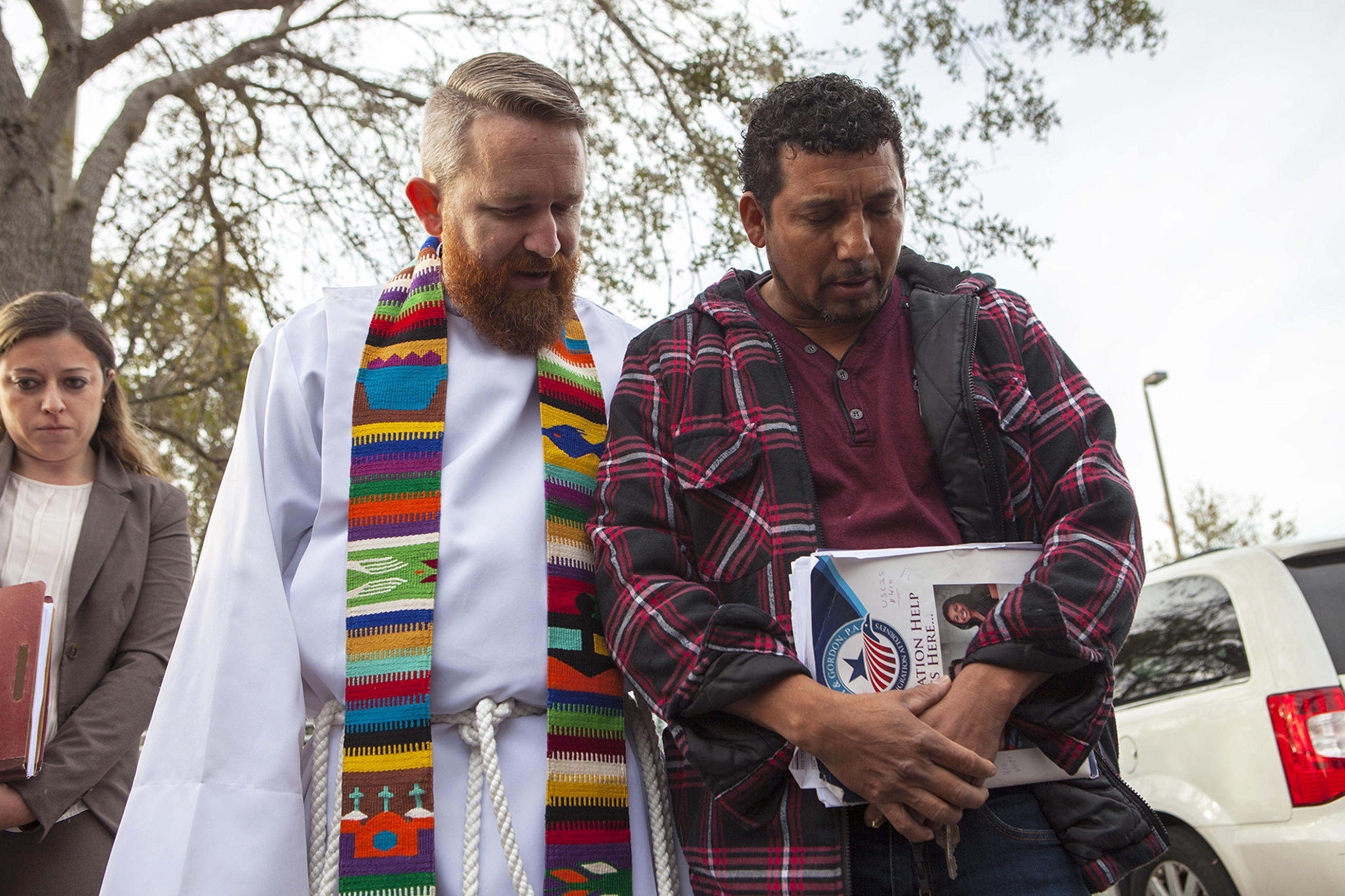 Pastor Andy Oliver bucked the rules by advocating for protections.

The group Save Southern Heritage, which has a Confederate flag in their logo, is condemning remarks from a Tampa Bay area pastor on the House floor this week addressing the needs of marginalized communities.

Pastor Andy Oliver from Allendale United Methodist delivered the opening invocation Wednesday in the Florida House of Representatives. Responding to a last minute update to invocation rules saying not to use the time to advocate, Oliver packed his two minute prayer with a series of questions asking when, why or how it became too political to address things like income inequality, LGBTQ rights, race and gender equality or access to affordable health care.

His message offended some.

“We were not surprised by the hypocrisy of Mr. Allen’s ‘prayer’ as he called for liberation of ‘the oppressed,’ while, through Allendale’s works, advocates oppression, even elimination, of his Southern neighbors’ family landmarks,” Save Southern Heritage spokesperson David McCallister wrote in an email. “It’s just another day being a Southerner in the South – we’re a witch in the ‘hate America’ witch-hunt.’”

Locally, McCallister led the charge to save the “Memoria in Aeterna” statue from being moved from its former home in front of the Hillsborough County Courthouse in downtown Tampa to its new home in a private Brandon cemetery.

Those who supported moving the statue argued it was a reminder of a painful time and a celebration of slavery. The monument depicts two Confederate soldiers, the same man. One is marching off to battle and looks brave and proud. The other is returning, defeated and worn.

Memorial supporters argued the monument was not a reference to slavery or race relations, rather a historical reminder that shouldn’t be erased.

However, when the monument was first dedicated in 1911, the keynote speaker, then State Attorney Herbert Phillips, provided a hate-filled overture.

“The South stands ready to welcome all good citizens who seek to make their homes within her borders. But the South detests and despises all, it matters not from whence they came, who, in any manner, encourages social equality with an ignorant and inferior race,” he reportedly said.

Oliver’s prayer, meanwhile, made no reference to the Confederate army or its memorials.

Yet McCallister’s blistering email called out Oliver for hatred and intolerance in an invocation for which Oliver was advocating the exact opposite.

“Perhaps one day John Q. Public will realize that Southerners are just low hanging fruit in the netwar on American culture and civilization and that Satan has moved from the choir loft to the pulpit” McCallister said. “Hopefully it won’t be too late for America.”

Instead, McCallister brought up Oliver’s former outreach director, Michael Anderson. Anderson was not in Tallahassee for the prayer and hasn’t worked with the church in about a year.

McCallister’s letter said Anderson has been seen “traversing” Florida “bringing with him a devastating Hurricane of Hate targeted at his Southern neighbors.”

He provided a photo of a man holding a sign with the Allendale UMC logo and a message reading “Black Trans Lives Matter” with a caption claiming it was Anderson “demanding elimination of diversity.”

“The obvious irony is that this bunch ignore biblical directives including Proverbs 22:28 – ‘Remove not the ancient landmark, which thy fathers have set’; and Matthew 22:39 – ‘love your neighbor as yourself’. We, their Southern neighbors don’t feel the love when all this hate is directed to us and our families,” McCallister wrote.

During an interview about his prayer on WMNF Community radio Friday, Oliver painted a different picture — one of love and tolerance.

In a stroke of irony, he quoted a similar sentiment from the Bible of loving thy neighbor. Except in Oliver’s reference, that love was directed to all people in all races, at all income levels and from all countries.