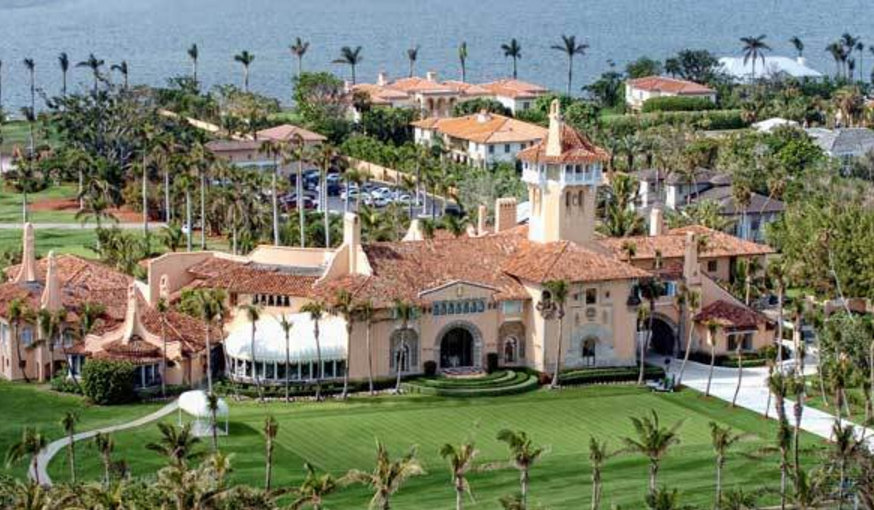 Two suspects are in custody.

Law enforcement agents opened fire on an SUV driver who smashed through two security checkpoints at Mar-a-Lago on Friday in what authorities described as the actions of “an obviously impaired” driver but not an intentional attack on President Donald Trump’s resort.

The driver, Hannah Roemhild, 30, from Connecticut, was later arrested at a nearby motel. No one was injured, authorities said, and Trump was not at the Palm Beach resort at the time, although he was scheduled to arrive there later in the day.

Roemhild was not at any time “even remotely close” to getting into the “inner perimeter” of the president’s resort, Palm Beach County Sheriff Ric Bradshaw said at a news conference.

He said Roemhild, “obviously impaired,” was dancing on top of her vehicle when an off-duty Florida Highway Patrol officer who was working private security at the Breakers hotel first approached her.

Roemhild jumped into the SUV and refused to open the window or acknowledge the officer, Bradshaw said. She then put the car in reverse and began driving away. The trooper smashed the window and tried to grab the steering wheel, but was unable to stop her, the sheriff said.

Roemhild led officers on a high-speed pursuit, at times driving on the wrong side of the road at speeds nearing 70 miles (113 kilometers), said Major Robert Chandler of the Florida Highway Patrol.

She crashed through two checkpoints near Mar-a-Lago and was speeding toward a third when sheriff’s deputies and Secret Service agents fired numerous rounds at the car. Roemhild kept driving and investigators believe she picked up a female relative before authorities located her car using a license plate reader. Roemhild ran from her car outside a nearby motel and was tackled by a trooper, Bradshaw said.

Later Friday, the SUV could be seen in the parking lot of a local motel, with both the driver’s side window and the rear window completely shattered. The parking lot was lined with red police tape and law enforcement vehicles surrounded the property.

Roemhild was going to be charged with assault on a federal officer, deadly assault on two sheriff’s deputies and traffic charges, Bradshaw said.

Mar-a-Lago has been the scene of several intrusions since Trump became president. On Jan. 5, just hours after Trump and his family had left the club following a two-week vacation, a Florida man who had been dishonorably discharged from the Marines for sex offenses was arrested after he got past two checkpoints by falsely identifying himself as part of the president’s helicopter crew.

In March 2019, Chinese national Yujing Zhang gained access to Mar-a-Lago while carrying a laptop, phones and other electronic gear. That led to initial speculation that the 33-year-old businesswoman from Shanghai might be a spy, but she was never charged with espionage. Text messages she exchanged with a trip organizer indicated she was a fan of the president and wanted to meet him or his family to discuss possible deals.

Zhang was found guilty of trespassing and lying to Secret Service agents and was sentenced to time served.

In December, the club’s security officers confronted Jing Lu, 56, for trespassing and told her to leave, but she returned to take photos. Lu was charged with loitering and resisting an officer without violence after taking photos by entering a service entrance.