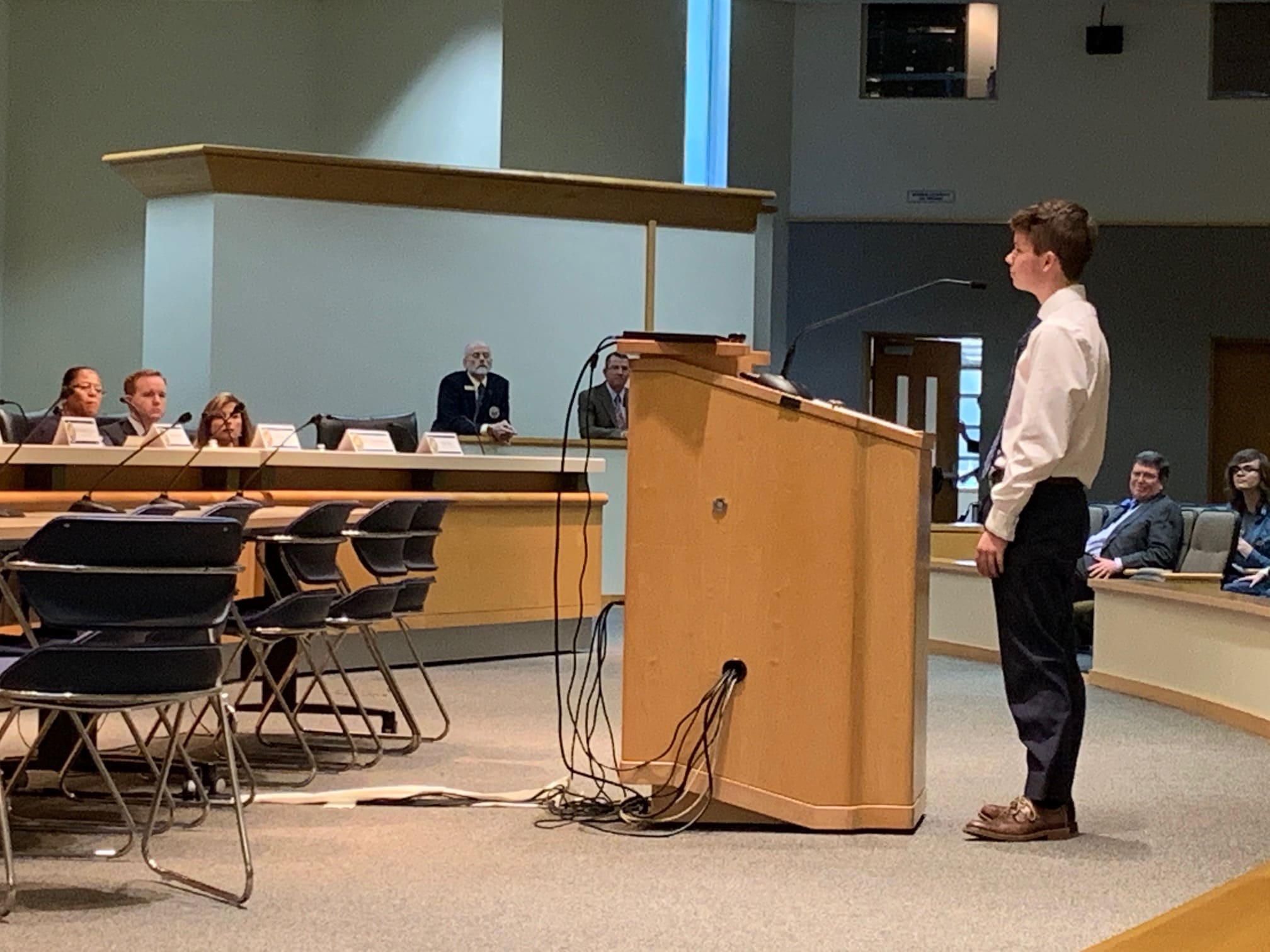 Sixteen-year-old Asher Johnson said he transitioned as a matter of survival, not choice.

A bill sponsored by Rep. Anthony Sabatini (HB 1365) would criminalize giving minors puberty-blocking medications or providing gender assignment surgery. Under his measure, such medical care would be a second degree felony, punishable by up to 15 years in prison.

House Health Quality Subcommittee member Rep. Carlos Guillermo Smith said pressure from him and lawmakers of both parties turned consideration of the legislation from a vote to a workshop. That shows a lack of support the bill has in the final week that subcommittees are meeting.

Sabatini said there’s many studies, particularly in Europe, that show that these hormonal drugs and surgeries are harmful to minors. He has provided information from the American College of Pediatricians and from a transgender person who later regretted transitioning.

American College of Pediatricians is a fringe group of health professionals who broke away from the American Academy of Pediatrics after it came out in support of LGBTQ parents adopting and fostering children. The group, which opposes gender affirming care for minors, is considered a hate group by the Southern Poverty Law Center.

Sabatini said there’s a lack of science behind the therapies being given to children. He declined to answer questions about his legislation after the committee hearing.

“The folks who oppose this bill I think are grossly misinformed as to its nature,” he said. “They’ve been told by professional lobbyists somehow that this bill is an attack on a very vulnerable population – young, transgender population.”

Some of the supporters of the bill argue parents who allow their children to receive hormonal therapy or get gender assignment surgery is child abuse. Sabatini has said on his Facebook page that this type of medical care is child abuse, but backed away from characterization in the subcommittee hearing.

Critics of bill said that transgender children said that denying them the medical care they need would increase the risk of suicide among that group.

Sixteen-year-old Asher Johnson said he is transgender and the bill would affect if were to pass the legislature. He says he has memories of wanting to be a boy as young as four-years old.

This is last week for subcommittee hearings, so the bill appears all but dead for this Session.

Sarah Mueller has extensive experience covering public policy. She earned her bachelor’s degree in journalism in 2010. She began her career covering local government in Texas, Georgia and Colorado. She returned to school in 2016 to earn a master’s degree in Public Affairs Reporting. Since then, she’s worked in public radio covering state politics in Illinois, Florida and Delaware. If you'd like to contact her, send an email to [email protected]floridapolitics.com.

previousGreg Steube closes 2019 with $187K on hand for reelection campaign