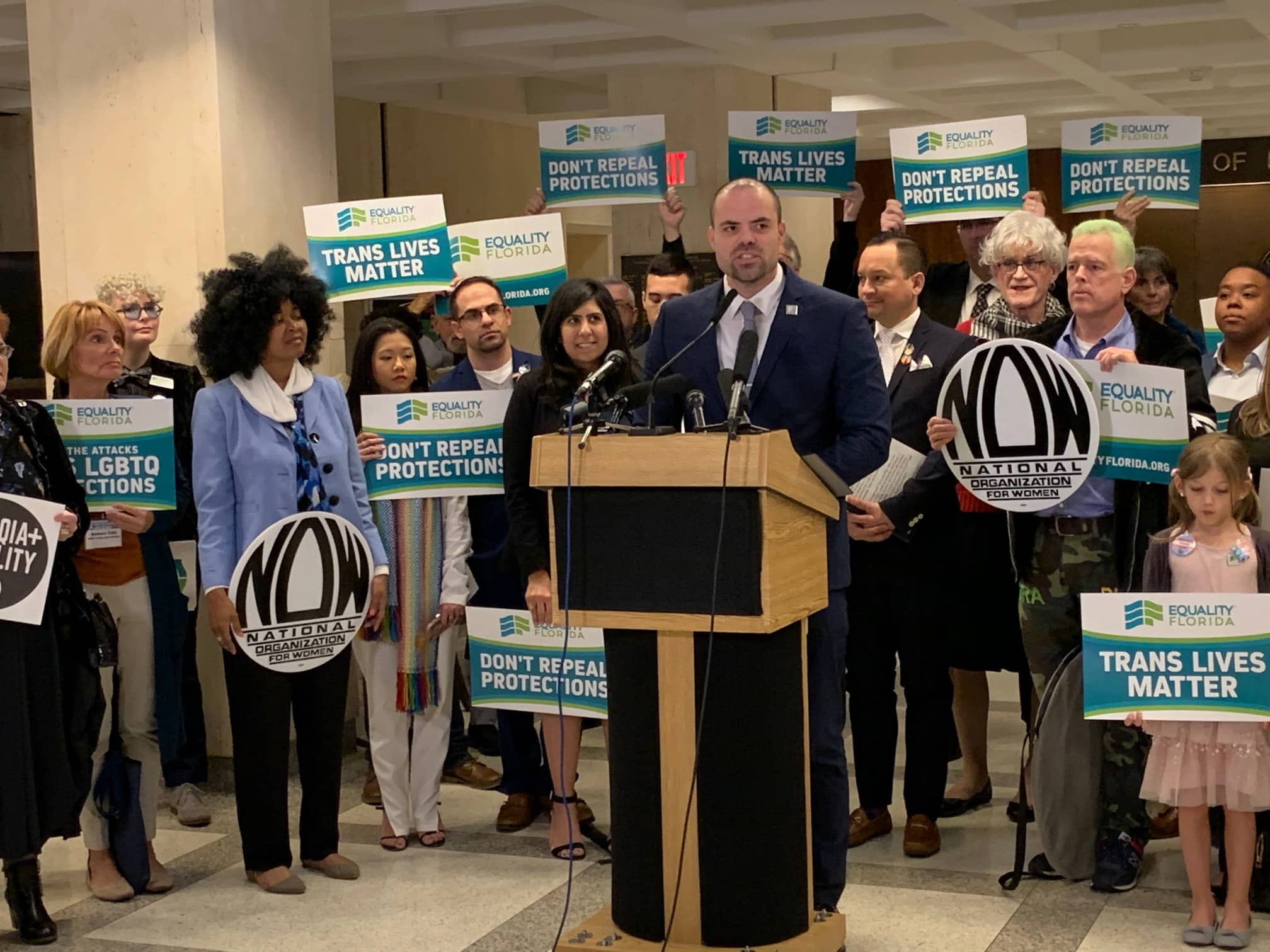 DOE suggests the Orlando Sentinel article is biased against the school voucher program.

José Oliva weighed in Wednesday on the controversy over private schools with discriminatory policies receiving taxpayer funding, dismissing the dispute as “scare tactics.”

The House Speaker expressed concern that if the state dictates terms to religious schools, it could face a lawsuit.

“The one thing that we are not going to do is have a situation where children who now finally have [a] great opportunity are now going to be ripped from those schools,” he said.

What touched off this latest firestorm was a recent Orlando Sentinel investigation on the issue, which identified more than 100 private schools with anti-gay views or policies that are part of the state-funded Tax Credit Scholarship program.

The Department of Education is also taking issue with the Sentinel’s reporting. In a statement, the agency suggested the newspaper is biased against the voucher program.

“What is happening in this situation, is that a few at the Orlando Sentinel have always taken issue with programs that are proven to continually increase the lives of poor and minority children, and are using this angle as nothing more than a ruse to create scare tactics and trample on the constitutional rights we all enjoy — the freedom of religion, and the freedom of speech.”

The newspaper had found 83 of the schools refused to admit LGBTQ students or could expel them if their sexual orientations or gender identities were disclosed.

DOE argues the article cannot point to a single child who has been mistreated by these schools for the reasons mentioned in the article. The agency states it has not received any reports of a student being denied admission or expelled by any of those schools because of their sexual identity.

Orlando Sentinel Editor-in-Chief Julie Anderson released a statement saying the paper stands by its reporting. She pointed to one of the articles that featured two sisters who were refused admission to an Indian River County school after it learned their mother was in a relationship with another woman.

“So yes, children are being affected and the state isn’t protecting them,” she said.

As a result of the Sentinel investigation, a handful of prominent companies in the past week, encouraged by Democratic Reps. Anna Eskamani and Carlos Guillermo Smith, have announced they will stop donating to the program until the state establishes safeguards to protect gay and transgender students. The companies include ABC Fine Wines, Fifth Third Bank, Wells Fargo, Cigar City Brewing and Wyndham Destinations.

But pastors and lawmakers of color have pushed back in the past few days, arguing that the loss of donations is hurting the future of low-income brown and black children.

Elijah Robinson attends The Foundation Academy, which is a faith-based private school in Jacksonville. Robinson said he transferred to the school after being bullied in public schools because of his gender identity. He spoke at the Capitol Tuesday in support of the Florida Tax Credit Scholarship program.

Smith said Robinson’s story is very inspiring. And it shows that faith-based private schools are capable of having inclusive policies that accept all students, including those who are gay or transgender.

“We have to do everything we can to make sure voucher-receiving schools are open to all students,” he said. “And are not singling out gay and transgender students as we already know they are.”

Oliva also voiced his concerns with the Florida Competitive Workforce Act (SB 206), which would prohibit discrimination statewide against sexual orientation or gender identity in employment, housing and public accommodations. The bill has bipartisan support.

He said there are many complications to that bill. Oliva said an employer would not necessarily know that someone is gay because it’s not always obvious, like race.

“Should an employer ask someone their orientation?” he asked.

“I think we can all agree they should not be asking. Therefore, it’s very possible an employer does not know of a person’s sexual orientation, and so then you could get into an event where someone might lose their job. And they might claim that it was based on something someone did not know to begin with.”

However, federal law does protect specific characteristics that are not necessarily physically obvious, such as disabilities.

Smith said he believes that legislation would pass if it were put on the floor for a vote.