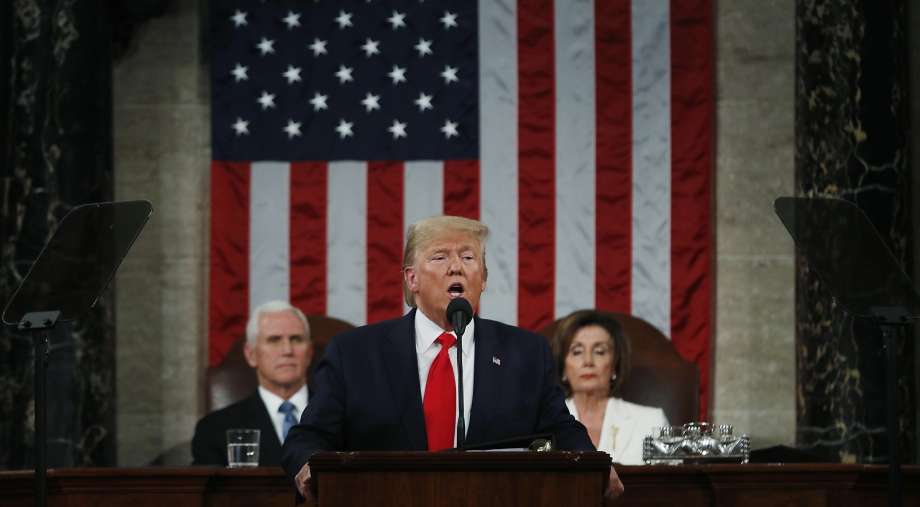 This year, Trump presented a pearly picture of the nation.

The State of the Union address is traditionally the moment when a President shares with America their view of the world, their record of achievement, and a summary of priorities that will drive the administration in the year to come.

This year broke with much of that tradition and shone a spotlight on the shards of partisan bitterness that threaten to overwhelm the good of the nation and consume the emotions of the nation facing a presidential election without precedent.

This year, President Donald Trump presented a pearly picture of the nation, with the story lead focused on a once-in-a-generation, record-setting, job-creating economy.

Seven million new jobs, historic low unemployment, and wage growth impacting every demographic headlined the President’s narrative, things which would normally inspire all in the House Chamber to rise to their feet in unison. This year, Democrats did little rising, clearly objecting to the duty-elected President even giving this speech while he is facing an impeachment trial in the United States Senate which, thankfully, has reached its end.

Despite displays of partisan pettiness and mass classlessness, the President soldiered on, skillfully using the opportunity to blend message with meaning, statesmanship with showmanship, with policies past and present. Powerfully and poignantly, Trump revealed and reflected on the human dimension, the real-life consequences, to all of this with emotional references to people in the gallery whose stories represent the hope, and the best, in all of us.

A 100-year old Tuskegee Airman veteran. A soldier’s wife and kids being reunited with their champion after four tours of duty. An African American mom and daughter benefitting from school choice. Grieving parents benefitting from a nation embracing their pain after losing their child to terrorists.

Then, despite the chagrin of stuffy parliamentarians who huff and puff at anyone who dares to deviate from the expected, the President looked toward a conservative champion in the gallery, Rush Limbaugh, whose 31-year talk radio show has broken nearly every record on the books.

The surprise awarding of the Presidential Medal of Freedom to this communications icon came as it was just revealed he is now fighting for his life with advanced-stage lung cancer threatening to end it. Wow.

Some pejoratively compared the President’s approach in this State of the Union to Oprah Winfrey, and yes, there were many made-for-television moments we will not soon forget.

Yet it put a face on accomplishments and on priorities that numbers can neither measure nor capture and made this State of the Union an emotional pitch for America to continue on its current path.

The final moment, however, will not be soon forgotten as the Speaker of the House, Nancy Pelosi, knowing she was in full view of the cameras, purposely shredded a copy of the President’s speech behind his back.

For someone who reveres government and public service, this was a hammer shot to the institution delivered without little regard to consequence or collateral damage.

Welcome to the 2020 presidential season, where the gloves are off, and the contenders fully engaged, in a campaign that will be chock-full of emotional rancor and partisan one-upmanship.

The President will run on his record, while the Democrats counter with mostly broken-record refrains and remedies that could break the bank — and the confidence of the American people.

Like almost every President before him, Trump closed the State of the Union with the words “God bless America.”

Given what we saw that night in Washington, and despite a run of positive news lifting the nation, it would have been more appropriate to say, “God help America.”