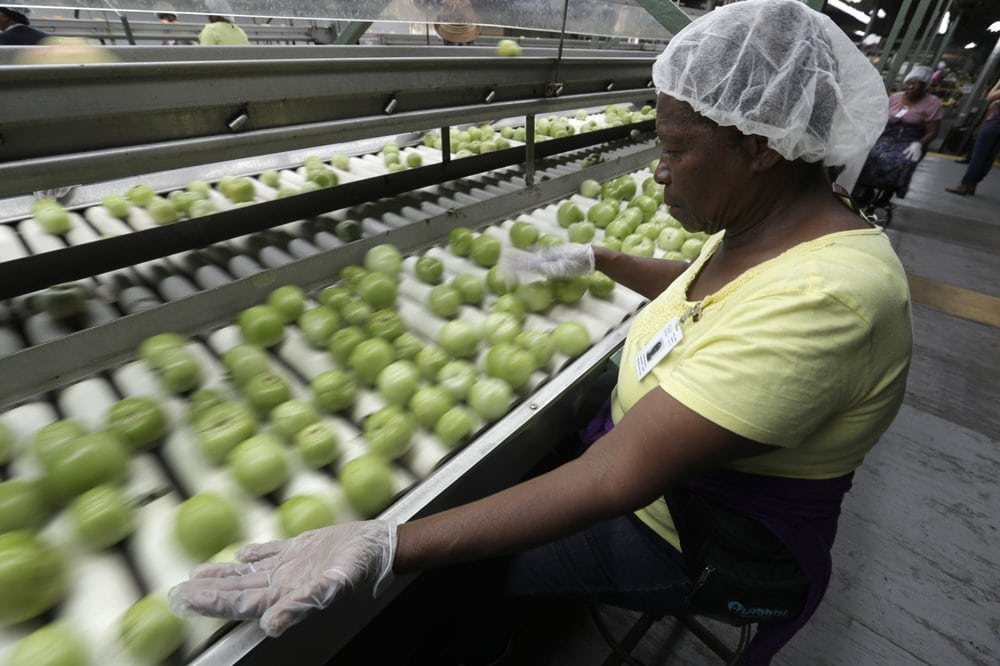 E-Verify could cost employers up to $24K in year one.

On a recent afternoon, many stools stood empty beside a conveyor belt where workers examined a stream of green tomatoes and tossed aside those with holes and cracks at a South Florida packing house.

Paul J. DiMare, one of the country’s leading producers of fresh tomatoes, recalls the days when hundreds of foreign workers lined up to labor in the fields or box the produce at his facility in Florida City. The machines roared for more than 12 hours a day as truckloads of tomatoes rolled in to be washed, inspected and packaged. Now, they run for only four.

“If you have no labor, you can’t run your operation,” DiMare says.

The influential farmer and head of DiMare Inc. is among a group of businessmen trying to kill a Florida bill that would require private companies to verify each new hire’s eligibility to work in the U.S. through a screening process called E-Verify. DiMare says that could reduce the pool of candidates when his business faces a labor shortage of more than 30%.

“I think illegal immigration is one of the worst things that has happened to this country,” he said. “But we don’t have a good immigration policy. And what are we going to do to replace those people?”

The Senate Judicial Committee planned to start debate Tuesday on the E-Verify legislation — a discussion that is dividing Republican lawmakers. Gov. Ron DeSantis has vowed to pass it, saying it would remove an incentive for people to come illegally.

The bill would rescind licenses of non-abiding businesses and have a state agency report unauthorized workers to immigration authorities.

Senate President Bill Galvano opposes the bill, saying it would create a burden for employers in Florida’s vital agriculture, tourism and construction sectors. Similar measures have failed in the past.

More than 54,000 employers in Florida are currently enrolled in the E-Verify database, federal government records show. That list includes local and state agencies, which have been required to use the database since 2011. U.S. Census Bureau data shows Florida had more than 480,000 establishments with employees in 2016.

The American Business Immigration Coalition, which DiMare co-chairs, says the measure could devastate the economy and cost Florida companies billions of dollars because they can’t hire as many laborers. The group says the first year of E-Verify compliance would cost small businesses anywhere from $1,250 to $24,422 per company.

The Florida Fruit and Vegetable Association says it’s a food security matter, as Florida harvests the majority of fresh fruits and vegetables for the U.S. in the winter months. It says reducing the workforce would mean relying more heavily on imports.

The Florida GOP chairman, Sen. Joe Gruters, is championing the bill. He says by curbing illegal immigration to Florida will “allow market forces to increase wages at the low end.”

Farmers however say they have already been raising wages to solve the worker shortage as the unemployment rate reaches record lows. Raising the cost of doing business has put them at a disadvantage with international competitors.

“It will render (our produce) unsellable,” said Dan Richey, one of the largest growers of grapefruit. “If you try to sell a fruit made in America for $3, or three for $1 made elsewhere, what do you think the consumer will pick?”

Richey had to close one of his harvesting companies last summer because he couldn’t replace dozens of workers who were aging out. The CEO of the Vero Beach-based Riverfront Packing Company says using guest worker visas has been cumbersome and expensive because of housing and transportation costs.

Another Republican in Tallahassee has sponsored a compromise plan that would exempt the private sector. But critics say it still pushes companies to use E-Verify because it subjects private employers to a stricter hiring process than federal law does.

“It’s a de facto E-Verify mandate,” said Alex Nowrasteh, director of immigration studies at the libertarian-leaning Cato Institute. “If the Republican proponents of E-Verify ran businesses they would understand.”

Nine states have required all or nearly all employees to be screened through the portal. In a Fox News interview last year, a few months after all the Trump Organization properties enrolled in the system, President Donald Trump acknowledged that verifying each new hire’s eligibility would be “tough” for farmers if the mandate were expanded to all states.

Studies have shown that comprehensive mandates have reduced the number of unauthorized workers, but not eliminated them, indicating that some workers switch to the informal economy.

Mississippi passed a mandate in 2008, yet hundreds of people were arrested there in immigration raids last summer at food processing plants. The numbers suggest employees and employers have found ways to work around the requirements.

Even so, Moses Kashem, a young Florida farmer, says he worries that lawmakers will make it even harder for him to find workers to harvest kale, tomatoes, cucumbers and other vegetables. Kashem, who sells produce to Whole Foods, says he’s tried to attract college students, without much luck.

“Typically 80% of them are not cut out or don’t have the desire to work on a farm, no matter how well you pay them,” Kashem says.