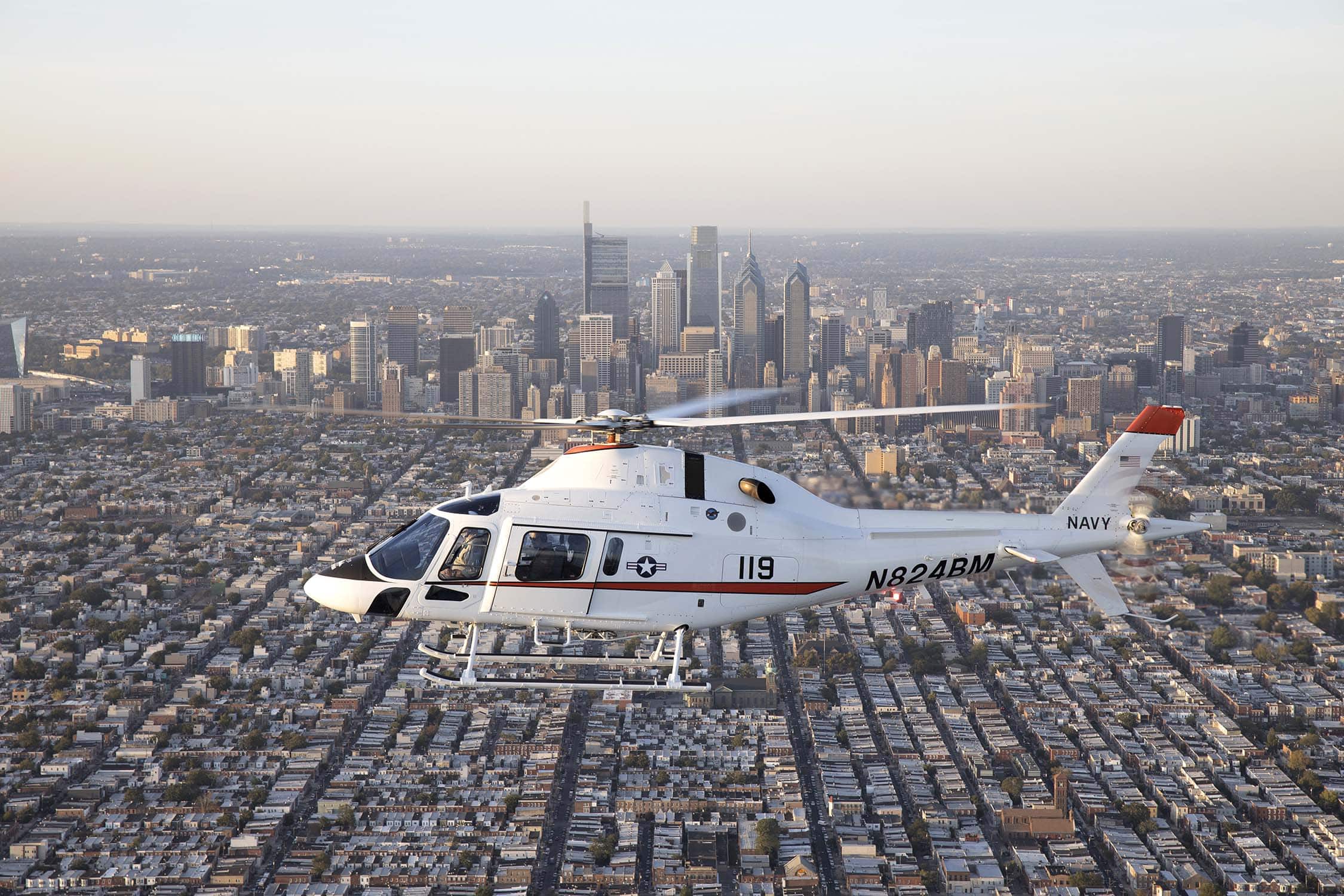 The contract would create up to 100 in Milton.

Less than a week after agreeing to pay roughly $4 billion in fines for widespread corruption and bribery charges, including violations of the Foreign Corrupt Practices Act (FCPA) and the Arms Export Control Act (AECA), which authorities state may have posed a threat to U.S. national security, Airbus brazenly challenged the U.S. Navy’s decision to purchase TH-73A training helicopters from AgustaWestland Philadelphia Corporation (Leonardo).

The move by Airbus threatens hundreds of American jobs, as Leonardo would manufacture its aircraft in the U.S. and employ up to 100 Floridians at its maintenance facility near Milton.

On Jan. 13, the Navy announced that Leonardo was selected from among five proposers as the best-qualified company to supply helicopters for the Advanced Helicopter Training System (AHTS) program, which helps train Navy, Marine Corps, and Coast Guard aviators.

“I’m proud of the aggressive work the team did to leverage the commercial industrial base to get this capability to the warfighters, and our nation, at the best value to the taxpayer. This effort is key to ensure the readiness of our Naval Aviators for decades to come,” said James F. Geurts, assistant secretary of the Navy for research, development, and acquisition.

Despite the fact that Leonardo was chosen as the best firm for the job through an open and competitive procurement process, Airbus filed a protest of the Navy’s decision with the U.S. Government Accountability Office (GAO) on Feb. 3, a mere three days after it was slapped with the largest FCPA fine in history.

Authorities in the U.S., France, and the United Kingdom assert that Airbus engaged in an expansive, long-term scheme to bribe government officials in an effort to win and retain lucrative contracts. Furthermore, Airbus misled U.S. authorities for years in order to obtain licenses to export U.S. military technology. Officials describe the company’s bribery schemes, which seemed to be integral to its business model, as “systematic.”

“Airbus engaged in a multiyear and massive scheme to corruptly enhance its business interests by paying bribes in China and other countries and concealing those bribes,” said Assistant U.S. Attorney General Brian A. Benczkowski.

The company’s widespread fraud may have also threatened America’s safety and national security: “The bribery of government officials, specifically those involved in the procurement of U.S. military technology, posed a national security threat to both the U.S. and its allies,” said Special Agent in Charge Peter C. Fitzhugh of U.S. Immigration and Customs Enforcement’s Homeland Security Investigations office in New York.

Given Airbus’s flagrant disregard for laws intended to protect U.S. business and security interests, the company’s decision to file a protest with the GAO, known as “the congressional watchdog,” is nothing short of ironic. While the impact of Airbus’s misconduct on its business is not yet clear, companies fined for comparable violations in the past have faced suspension and debarment from working with the U.S. government.

As a result of Airbus’s protest, production of the TH-73A will be halted for up to 100 days. The Navy has 30 days from the protest’s filing to defend its decision to contract with Leonardo.

When the Navy announced the agreement Capt. Todd St. Laurent, the program manager for Naval Undergraduate Flight Training Systems, said the Leonardo helicopter was the “cornerstone of AHTS.”

“The TH-73A will provide a modern helicopter training platform that will serve rotary and tilt-rotor training requirements into the foreseeable future. These new helicopters will ensure the Navy has capacity to train several hundred aviation students per year at Naval Air Station (NAS) Whiting Field in Milton, Florida,” he said.

The new helicopter is designed to meet advanced rotary wing and intermediate tilt-rotor training requirements through 2050. The Navy contract weighs in at $176.5 million and will see Leonardo deliver “32 TH-73A helicopters, initial spares, support and dedicated equipment, and specific pilot and maintenance training services.”