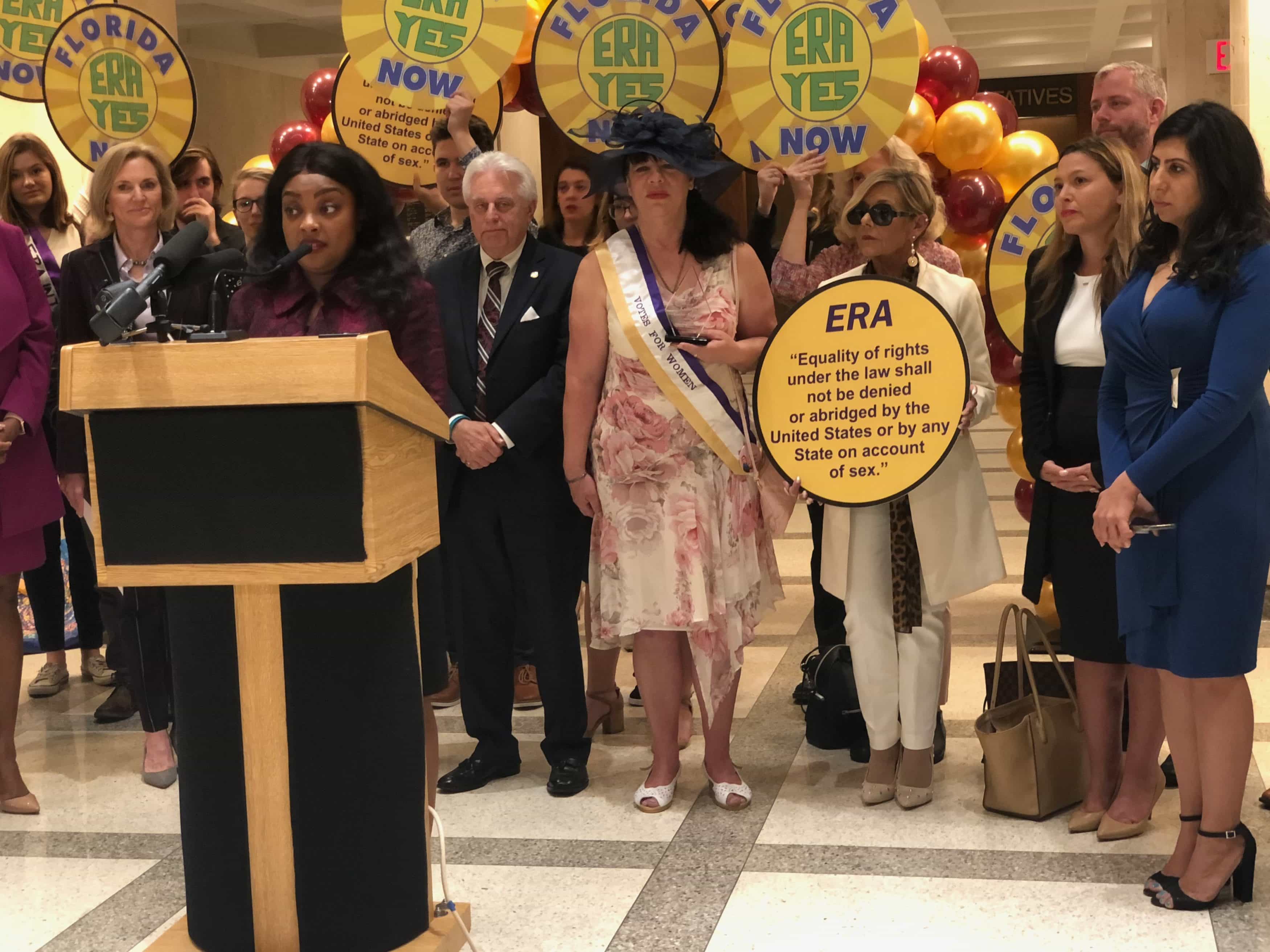 This year marks the centennial of the 19th amendment, which gave women the right to vote, yet proponents of the ERA say women are still not protected in the U.S. Constitution. Critics of the ERA often claim women are already protected under the 14th amendment, but supporters push back saying that is not the case.

“The problem is over 70% of Americans think it’s already a thing,” Joseph said. “They think we already have equal rights for many women.”

House Speaker José Oliva appointed Driskell to the Florida Women’s Suffrage Centennial Commission. There, she said she learned the Sunshine State could have been the first to ratify the 19th amendment but instead adjourned before taking action.

“Florida stood with the Deep South states and did not ratify the amendment until 1964, well after women’s voting rights became the law of the land,” Driskell said.

Republican Presidents Dwight Eisenhower, Richard Nixon and Gerald Ford were early supporters of the amendment. And more than 90% of Americans believe women should be guaranteed equal rights under the Constitution.

“Some of the opponents will assert that it’s unnecessary to have the ERA because the courts have adequately interpreted the 14th amendment to provide sufficient gender protections,” Fitzenhagen said. “Interestingly, these are the same people that assert we should not leave things in the hands of an interpretive judiciary to make law.”

At least 38 state legislatures must ratify amendments to the Constitution. Last month, Virginia became the 38th state, but with a 1982 deadline to approve the amendment long gone, questions remain about whether the amendment is still valid. Speaking at Georgetown University Law Center Monday, U.S. Supreme Court Justice Ruth Bader Ginsburg called on the equal rights movement to start anew.

“There’s too much controversy about latecomers,” Ginsburg said. “Plus, a number of states have withdrawn their ratification. So if you count a latecomer on the plus side, how can you disregard states that said we’ve changed our minds?”