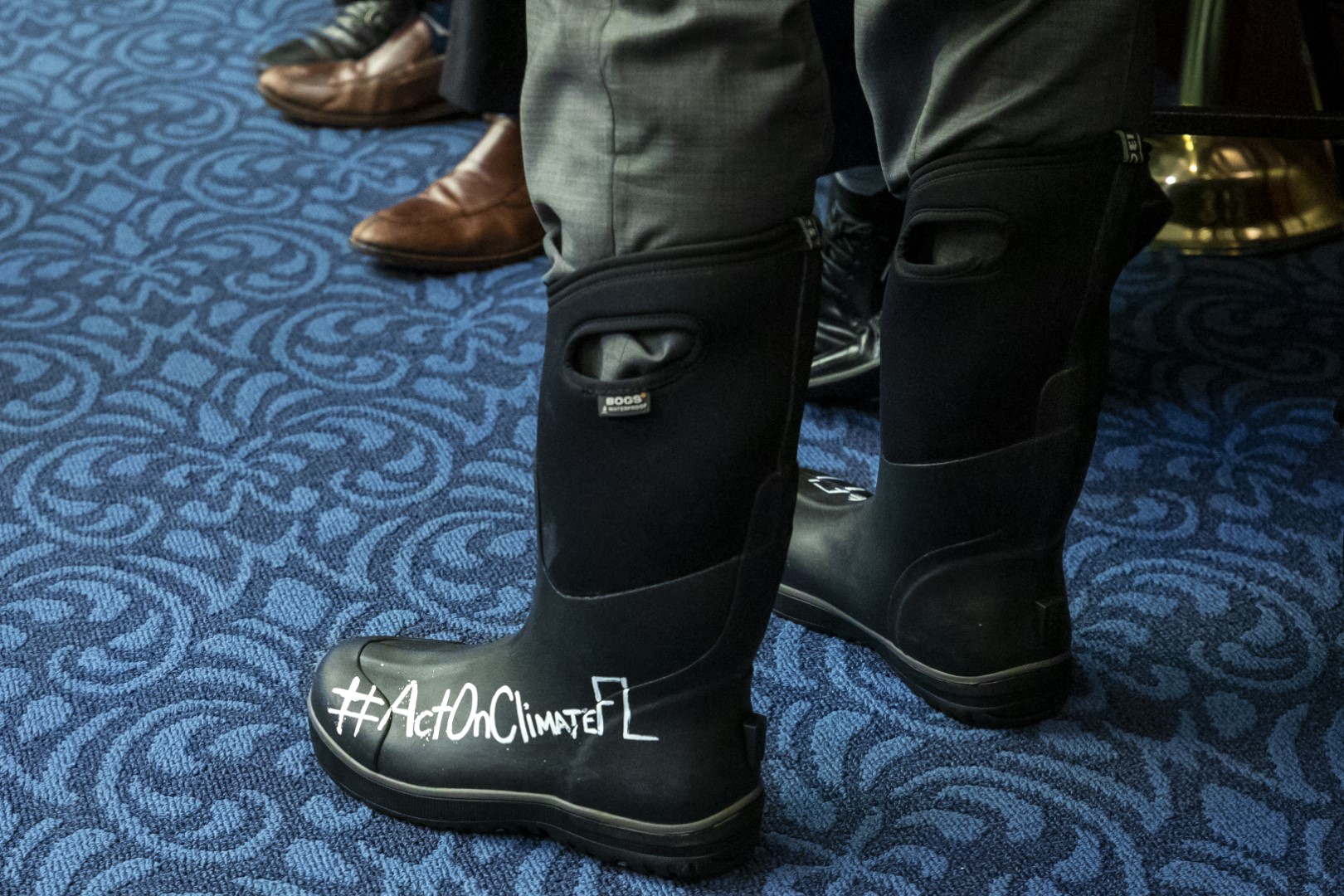 With the 60-day Legislative Session calendar tipping past midpoint, Democratic lawmakers and activists said Thursday that it’s later than Republicans think regarding the climate change calamity.

Urgency intensified by the proposed budget from the White House rolled out this month.

A media release noted that “despite the clear threat this issue is posing to the Sunshine State, Trump’s proposed 2021 budget slashes funding for agencies critical to addressing this emergency, including a 26% cut to the Environmental Protection Agency (EPA).”

Sen. Jose Javier Rodriguez and Rep. Anna Eskamani, two of the more voluble elected Democrats on this and other matters, addressed media.

Rodriguez, from Miami-Dade, is known for wearing rain boots in the Capitol, a visual reminder of the sunny-day flooding becoming increasingly commonplace in Florida.

He has filed a number of bills targeting climate change.

“We had a lost decade here in Florida under the leadership of Gov. Rick Scott  … now we are at a point where we have rhetoric … voters are waiting to see if we have action,” the Senator said.

Without action, he predicted “the brief honeymoon period” for Republicans in the Gov. Ron DeSantis era on environmental issues would end.

Rodriguez was critical of the proposed EPA cuts, as well as proposed cuts to the U.S. Army Corps of Engineers budget.

Eskamani, from the Orlando area, is increasingly performing as a state leader of the Democratic caucus, and expectations are that her political trajectory will not end in the House.

Noting the call was intended to “call out Donald Trump,” Eskamani added that “Florida is at risk” for “environmental disaster.”

“Trump cannot be trusted when it comes to the environment and climate change,” Eskamani noted, citing “dangerous and sketch individuals … from the energy industry” to lead environmental agencies.

Dr. Janelle Christensen, PhD, MPH, President of the Democratic Environmental Caucus of Florida, noted that every Trump budget has proposed these cuts, suggesting that his career as a “developer” spawned an animus for environmental protections.