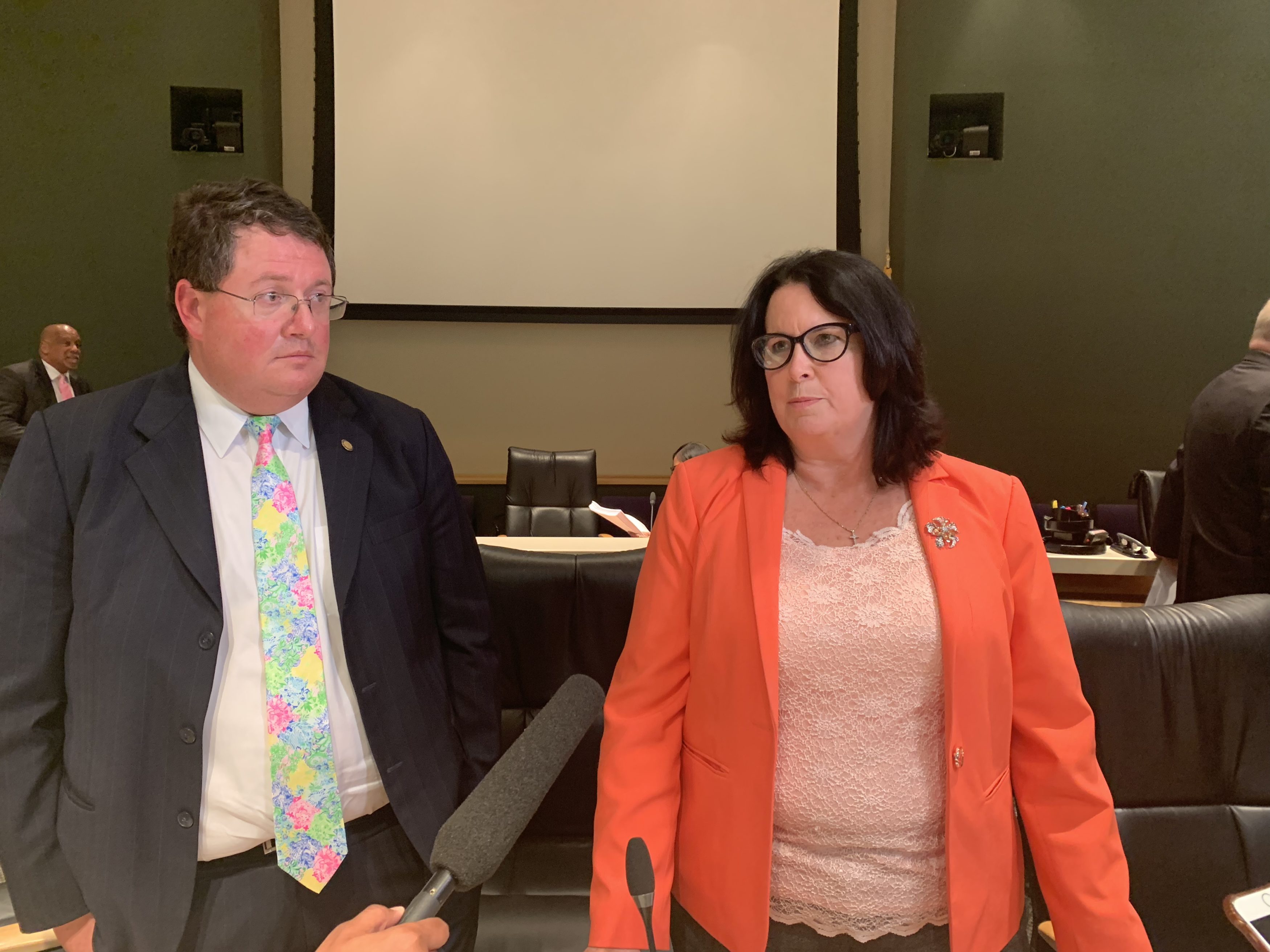 The legislation caught university presidents and some top lawmakers by surprise.

Leadership in the House and Senate are indicating they’re more open to certain aspects of a higher education proposal than others.

House and Senate leaders seemed to express more interest in pursuing school consolidation than charging forward with changes to the Effective Access To Student Education grant program, or EASE, and Access to Better Learning and Education Grant program, or ABLE.

More than half of the 43,000 students who currently get EASE grants could lose them starting in Fall 2021 under Fine’s plan. The Independent Colleges and Universities of Florida group estimates that number could be as high as 63%. The program currently gives students who attend Florida’s 30 or so not-for-profit private colleges or universities $2,841 per academic year to help off-set costs.

Speaker Jose Oliva said it was worth discussing whether EASE and ABLE should become means-tested. But his tone changed when asked where the school consolidation ranked on his list of priorities. He says it’s important.

“I can find folks who are surprised by the move,” he said. “But I almost can’t find anyone that disagrees with it.”

Senate Appropriations Chairman Rob Bradley made it clear revamping EASE and ABLE eligibility is a non-starter in that chamber.

“We’re very comfortable with the EASE and ABLE program as it’s currently constituted,” he said.

Fine said during the committee hearing on the legislation this week that his job is to provide students with the best education at the lowest cost.

“No one is going to stand up here and say, ‘Hey it’s great to take away people’s scholarships,’ or ‘It’s great to close a university.’ That doesn’t mean it’s not the right thing,” he said.

But Bradley added that consolidating the schools was an intriguing idea. Fine’s bill would consolidate Florida Polytechnic into the University of Florida and New College of Florida into Florida State University.

“We need to make sure our university system is prepared for the 21st Century and it needs to be prepared for the long haul,” he said. “Right now, we’re in a situation where the revenues in our state have been growing in our state. It’s not always going to be that way.”

Florida TaxWatch President and CEO Dominic M. Calabro said he urges the Florida Legislature to reconsider moving forward with the proposed merger at this time.

“The reason for these proposed mergers is ostensibly to reduce the cost of education at state universities; however, any cost savings are as yet ‘indeterminate,’ as the House staff analysis states,” he said in a statement. “It is also unclear what effect the mergers would have on achieving the state’s economic and workforce goals. The legislature should ‘pump the brakes’ on this proposal.”

Individual senators may have varying levels of support depending on where their district is located. Sen. Kelli Stargel is a Lakeland Republican whose district includes Florida Poly. She opposes the bill. She said nothing that she’s seen has shown a financial savings from such a move.

“I think Florida Polytechnic University has done everything that’s been asked of them,” she said. “They’re providing great students, they’ve great designations and accreditations. So I don’t know that it would be any kind of a benefit.”

Sen. Joe Gruters’ district houses New College. He did not respond to a request for comment.

Less controversial, the legislation would also give Florida Medallion Scholars in the Bright Futures program a full ride beginning in Fall 2021 if they are enrolled in an associate degree program at a Florida College System institution. As long as they graduated with their associate degree with at least a 3.5 GPA, students could then transfer the scholarship to a four year state college. Under the state’s current system, Florida Medallion only covers 75% of tuition.

It also rolls back the requirement the state provide $300 stipends for textbooks to students receiving the top “Academic” scholarship.

previousSunburn — The morning read of what’s hot in Florida politics — 2.14.20