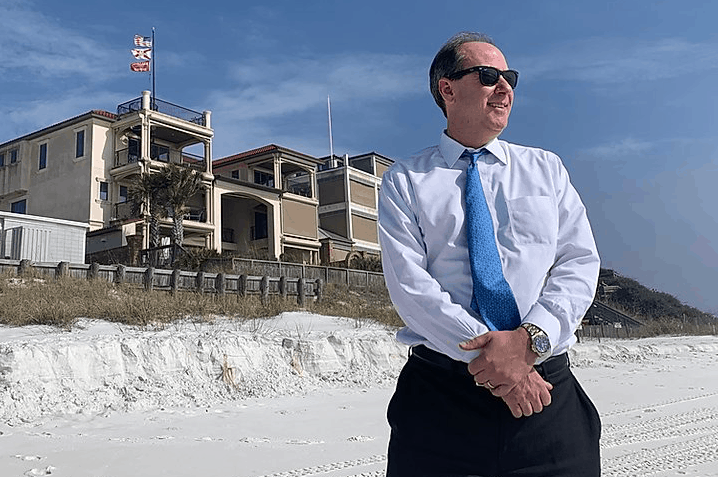 Uhlfelder and Huckabee, the former Arkansas governor and presidential candidate who is a close Trump ally, have been battling over public access to beaches in Walton County. Uhlfelder, a highly-active tweeter, turned to attacking Huckabee on Twitter, calling him “beach thief” among other things.

Huckabee responded by filing a bar complaint against Uhlfelder, who formerly served as an attorney for the board of Florida Beaches for All.

Now Uhlfelder says he is retaliating by launching a hybrid super PAC named Make My Day PAC, which he said is “dedicated to the Americans who refuse to be silenced by bad actors.”

All of this began in 2016 when Walton County adopted an ordinance recognizing the public’s use of its coast for fishing and recreation through the legal concept of “customary use.”

The response helped lead to the creation and passage of HB 631 in 2018, expanding the rights of beach-front property owners like Huckabee to claim ownership of the beach to the water’s edge, and preempting local governments like Walton County from declaring and enforcing customary use rights of others to beaches

Currently, there is a movement by Florida Beaches for All to repeal HB 631; Uhlfelder is not involved in that effort.

Huckabee and Uhlfelder have been at it ever since, leading to Huckabee’s Florida Bar Association complaint in December, accusing Uhlfelder of using social media to post “vile and unprofessional attacks” and “repeatedly posting disparaging information about me.”

Make my day, Uhlfelder has responded.

In some ways, Huckabee already has. Uhlfelder stated on Twitter that at the end of 2019 he had about 400 followers, and since he took Huckabee on over the bar complaint that number has soared to more than 100,000. He’s still not in the same league as Huckabee, who has more than 1.5 million Twitter followers.

The PAC calls Huckabee’s complaint “false” and declares that it will promote action to “refuse to be silenced by bad actors, lift up victims that bad actors want to silence, and use social media and contributions to do good.”