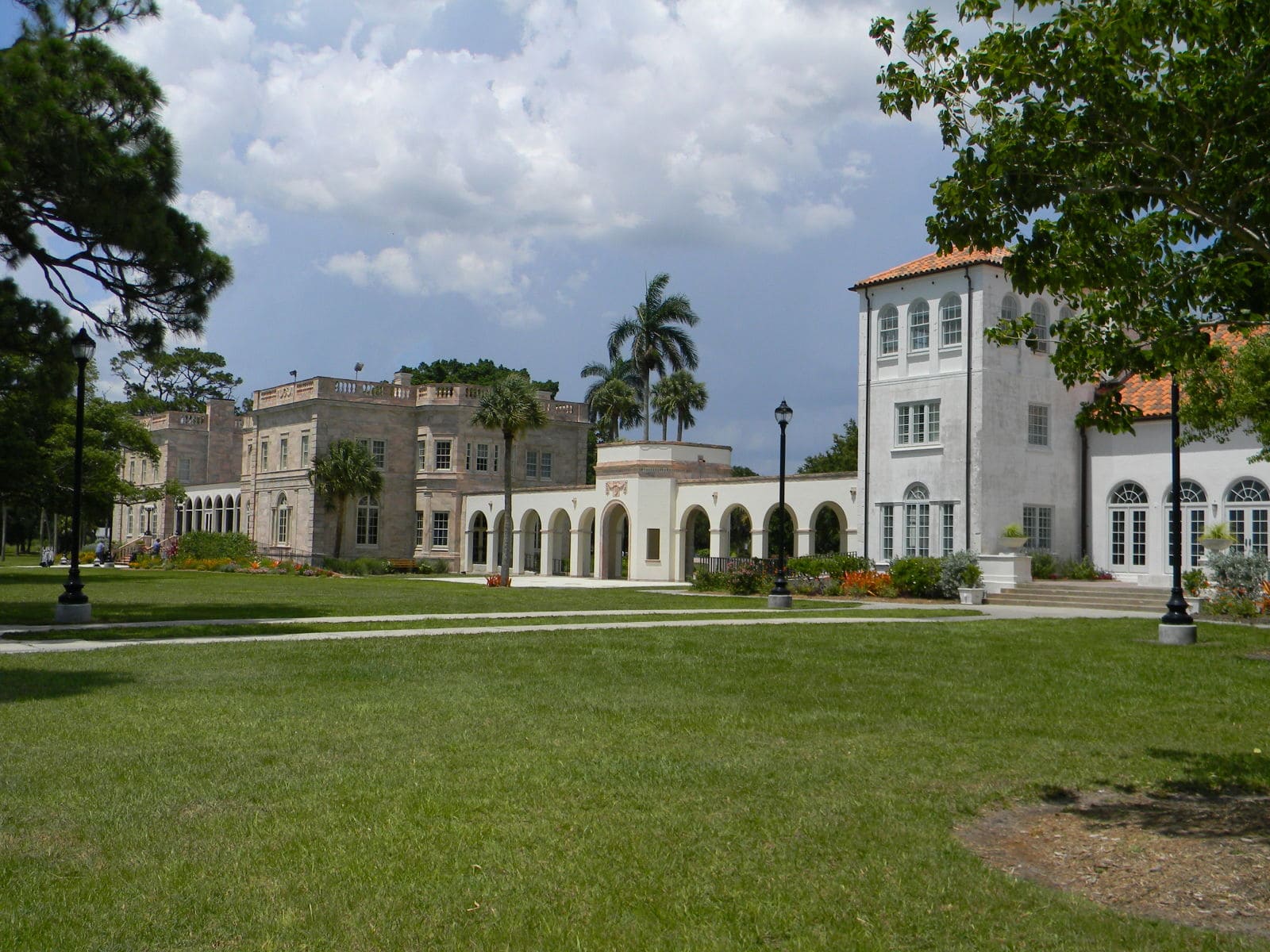 New College of Florida President Donal O’Shea two weeks ago focused on global education trends, not dealings within the Legislature.

Then last Monday afternoon, he heard about a proposal to merge New College into Florida State University and Florida Polytechnic University into the University of Florida.

“No one outside of a small group in the House knew anything about this. As best we can tell, it was drafted without knowledge or input from any of the affected universities or members of the Board of Governors,” he said.

Within 24 hours, Florida Politics reported the bombshell, and the college president began fielding nonstop calls from students, trustees and stakeholders about a radical proposal, which no one from the college had any hand in forming.

This week, O’Shea left the Sarasota campus for Tallahassee, talking to as many lawmakers as he could about an idea that has inspired broad rebuke within the immediate community.

Sen. Joe Gruters, chairman of the Sarasota County Legislative Delegation, has spent much of the past week rallying support to nix the idea.

Like O’Shea, he was stunned to hear about the idea halfway through the Session without so much as a hint it was coming.

“I heard about it at the same time as everybody else,” he said. “I feel New College plays an important role both in our community and overall within the university system we have here in Florida.”

He has organized a press conference Wednesday in front of the Senate chambers.

So far, the Bradenton Republican has yet to speak strongly about the proposal one way or the other. At a press availability shortly after news broke, Galvano surprised many with a receptiveness to the concept.

“I think it’s worthy having that discussion and I’m open to that dialogue with the Speaker and the Florida House,” he said.

Rep. Randy Fine, the Palm Bay Republican leading the charge for the mergers, said it’s critical for other lawmakers to consider the plan.

The bill (HB 7087) came out of his Education Committee with a 12-6, notably absent any lawmakers from Sarasota or Manatee counties, where New College is situated, or any from Polk County, where Florida Poly sits.

But it’s clear to Fine that New College, once a private school adopted by the state while under financial duress, doesn’t work on the same economy of scale as Florida’s large and established universities.

“We are looking at dramatic inefficiencies,” he said.

About a quarter of the cost to run New College goes to administration, compared to 10% on average at larger schools. It’s cold math that ultimately will do the school in, he said.

“We just can’t justify that we spend 10 times as much money per degree as do in the University of Central Florida,” Fine said.

The issue of enrollment has haunted the college. The state already gave $10.6 million to the college with the express goal of raising enrollment to 1,200 by the year 2023, but the last two years, the number of students has actually gone down at the school.

That alarms Fine. But he doesn’t necessarily hold the management of New College responsible for that, he said. Rather, a business model where a liberal arts college with fewer than 1,000 students doesn’t work as an independent operation within the state system.

“How do you tell that to taxpayers?” he said, “Basically, we could educate seven students, but we’re not going to educate six of them so we can send one student to New College.”

Rep. Will Robinson, chair of the Manatee County Legislative Delegation, sits on the Higher Education Appropriations Subcommittee that Fine chairs. There, leadership for New College and Florida Poly have testified and discussed the high costs for running the schools.

“I am concerned with the high cost of a New College degree and with administrative costs,” he said. “It’s frankly the highest in the university system.”

But that doesn’t mean the school should be immediately stripped of its independence. Robinson opposes Fine’s merger bill as written and thinks the school deserves the chance to follow through on its own growth plans.

New College last year graduated its largest class ever, regardless of freshman enrollment. The school produces a higher number of Fulbright scholars than any other school in the state. And its graduates include a host of respected leaders around the country.

Rep. Margaret Good, a Sarasota Democrat, said the proposal shouldn’t be gaining any traction in Tallahassee.

“This is one of the top liberal arts schools in the United States,” she said. “Community members are overwhelmingly in favor of New College keeping its independence. Students and alumni understand what a special school New College is, and one of the reasons it can provide a high-quality education is because of its independence.”

Good fears folding Florida’s honors college into FSU, a school headquartered hours away even if it runs a theater program at the nearby Asolo Conservatory, makes little sense. And playing with the college’s stature may just drive the Florida students seeking a small college liberal arts experience into institutions out of state.

Both Good and Robinson stressed the importance of letting New College follow through with its growth plan before judging it for falling behind schedule.

That represents agreement among both the Democrat and the Republican representing the New College community in the Legislature.

Both also have been flooded in the last week and a half with phone calls and emails showing a broad cross-section of the community who see the college as a gem.

The New College fight has made strange bedfellows. Good also will be fighting for New College within the House as U.S. Rep. Vern Buchanan, who she happens to be challenging in the 2020 elections, lobbies on the school’s behalf.

But he took the occasion to pull Gov. Ron DeSantis aside and push to save New College.

“You can’t shut down a 60-year-old institution that’s so well thought of in this community,” Buchanan said.

The issue of independence for New College is one Buchanan knows well. Two decades ago while he was a private citizen chairing the Greater Sarasota Chamber of Commerce, he lobbied the Legislature to make New College an autonomous school within the state university system.

The college at the time was under the auspices of the University of South Florida, which also had a satellite campus next door to the Sarasota school.

That arrangement hurt both institutions, with New College and USF Sarasota-Manatee at the time only serving about 500 students each. “[New College] was treated as a stepchild,” Buchanan recalled.

The school has thrived, in Buchanan’s opinion, as an independent college. An FSU takeover would be a step backward.

“This whole thing came up less than a week ago,” Buchanan told DeSantis. “The text of the bill was only released Monday night. If you are trying to make a decision within two or three weeks, that’s a lot of top-down decision-making,”

One of the more perplexing parts of the merger plan remains the speed at which it came together. There has been no community workshopping, and little warning, ahead of a restructuring of two state universities that’s expected to be executed within a matter of months.

Robinson said this Session isn’t the right time to talk about the matter. “There’s a lot of concern as to the timing,” he said.

Buchanan worries the region is being taken advantage of because this year in particular, there’s an especially high number of freshman House members. Robinson, Good, Rep. Tommy Gregory, even Buchanan’s son Rep. James Buchanan, are all lawmakers new to the process. That could pay dividends a few sessions from now, but New College’s independence is on the block in the coming weeks.

Robinson isn’t too worried about that. He said Speaker Josè Oliva met with him and Gregory specifically on this issue, and that regional lawmakers’ concerns will be taken into account.

Of course, for what the Sarasota-Manatee area lacks in House seniority, there should be clout in the Senate.

Galvano has served in Tallahassee the better part of two decades, and today holds one of the most powerful positions in Florida Politics. But again, he has largely stayed non-committal, and some in the New College community worry what his silence ultimately could mean.

The region’s other Senator, while a freshman in his own chamber, also happens to be chairman of the Republican Party of Florida.

But Gruters can’t seem to shake the feeling New College is in trouble right now.

“I’m going to do all I can and our delegation I think is all on board right now,” he said.

O’Shea, meanwhile, continues to meet with lawmakers to promote New College’s independence. He challenges assertions his school doesn’t deliver enough students directly into the workforce with stats on the number who go on to success in graduate school.

“While I certainly respect the Legislature’s right to entertain and make these kinds of decisions, I believe that the State University System is stronger with an independent New College,” he said.