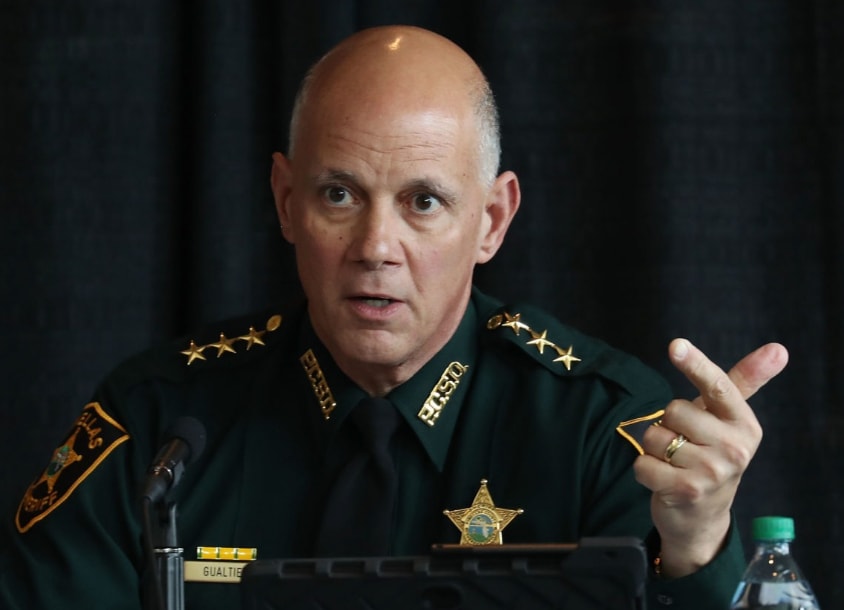 Gualtieri is one of the most influential law enforcement leaders in the state.

Gualtieri’s campaign is hosting a campaign kickoff reception from 5:30-7:30 p.m. at the Hilton Carillon located at 950 Lake Carillon Dr. in St. Petersburg.

This is the Pinellas Sheriff’s third campaign and marks another highlight in his decorated career.

Since then, Gualtieri has been a key statewide leader on school safety initiatives including the Guardian program that allows select school personnel to undergo extensive training in order to carry firearms on public school campuses.

While the measure faced criticism from those opposed to arming teachers, Gualtieri led a calculated campaign to ease tensions, efforts that led to the Pinellas County School Board, which had been reluctant to implement the program, to change its mind.

But his work isn’t done. Gualtieri said he’s not so much looking for further action, rather perfecting action that has already been taken.

“I think we have made progress across the board, but we are not where we need to be. I’m not an advocate for any big, new, bold initiatives. I’m an advocate for, let’s get right what we’ve already put in place and make it 100%,” he said.

Gualtieri also currently serves as the president of the Florida Sheriff’s Association. That makes him not only Pinellas County’s top cop, but also perhaps the most influential local law enforcement officer in the state.

In that role, Gualtieri frequently testifies before lawmakers on criminal justice and public safety issues.

Most recently, Gualtieri has led the Florida Sheriff’s Association in opposing proposed legislation that would reduce the amount of prison time certain convicted drug offenders serve.

“The notion that’s being conveyed is that the prisons in the criminal justice system are full and, wrongly so, of drug addicts and people who are first-time drug offenders,” Gualtieri told Florida Politics.

“The data shows that the Florida Department of Corrections has less than 14% of the population who are drug offenders. Those who are have an average of 15 offenses, so it’s a much different story than the facts bare out.”

“It’s extremely important that people have fact-based information and have data to make proper decisions — that includes the Legislature, stakeholders and the public — and we’ve never had that before,” Gualtieri said.

“It puts information out in an objective way to combat what I see as largely a narrative that is trying to sway opinion but without a lot of hard-fact data.”

Gualtieri, both as Sheriff and as head of the statewide group, has also been a strong ally of U.S. Immigration and Customs Enforcement, working with the federal agency to prevent the release of undocumented immigrants into local communities.

Gualtieri began his career in law enforcement as a detention deputy in the Pinellas County Jail in 1982. He later joined the Dunedin Police Department as a patrol officer before returning to the Pinellas County Sheriff’s Office for 15 years. During that time he conducted several international drug trafficking investigations as part of a Drug Enforcement Agency task force.

Gualtieri later went on to earn his law degree and serve in private practice specializing in labor and employment defense.

Gualtieri faces opposition in his third reelection campaign, though it’s not likely to be much of a race.

He faces James McLynas, who also challenged Gualtieri in 2016. Gualtieri easily bested the conspiracy theory-prone candidate with 77% of the vote.