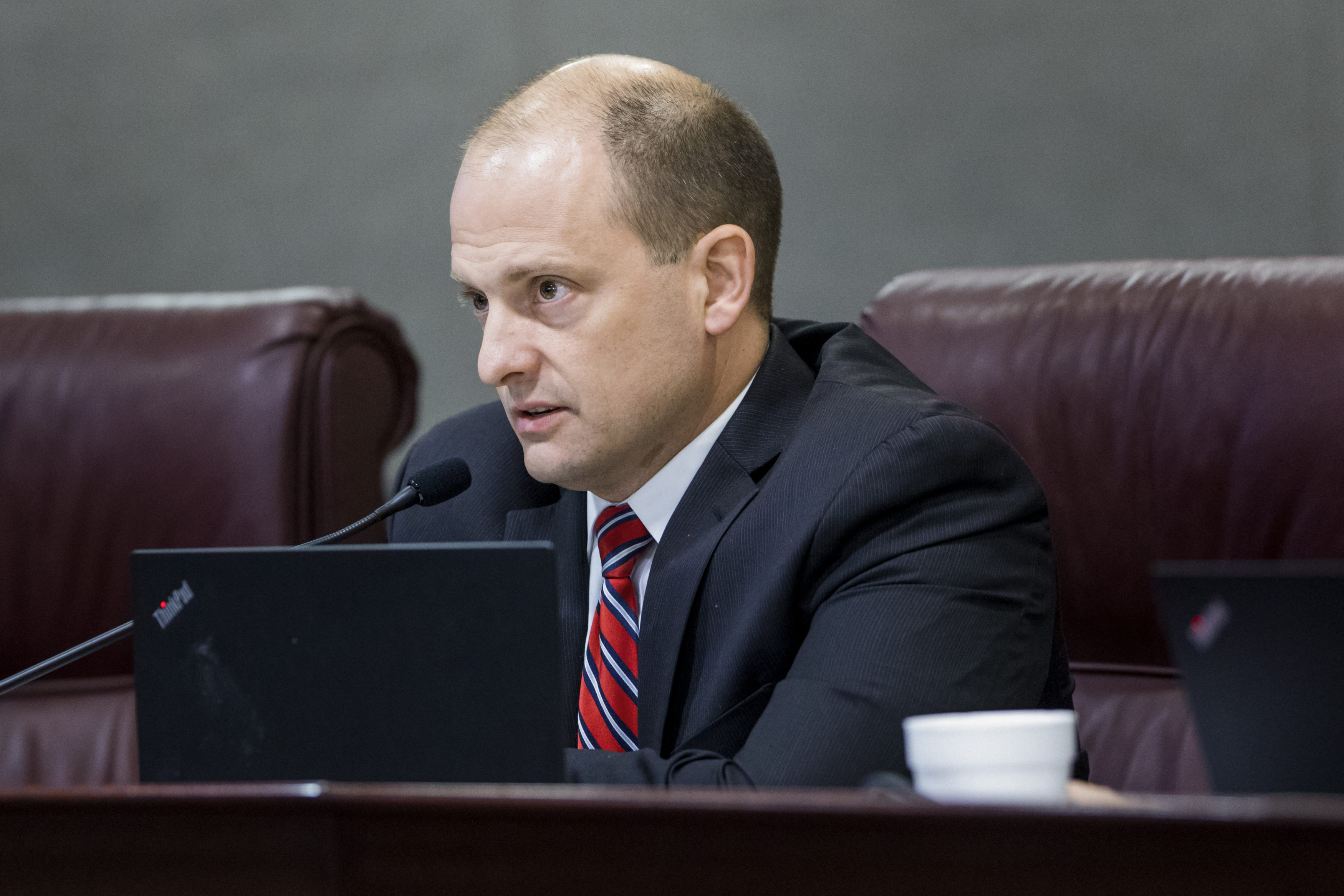 Baxley said he voted for it because he wanted people to know he wasn't a racist.

Committee members passed the bill, sponsored by Miami Democratic Sen. Jose Javier Rodriguez. That included Republican Sen. Dennis Baxley, who said he was voting for it because he wanted to declare he was not a racist, a white nationalist or a white supremacist.

“All of which I’ve been called,” he said. But he also voiced some misgivings.

Rodriguez filed the resolution (CS/SR 214) in September that condemned white nationalism and white supremacy as hateful expressions of intolerance. His amendment today put that language back into the resolution.

But Senate Infrastructure and Security Committee Chair Tom Lee pushed a committee substitute removing the condemnation of white nationalism and white supremacy, which Rodriguez opposed. The new language rejected any ideology or philosophy that advocates the superiority of one of group of people over another because of race, color, national origin, sex or religion as hateful, dangerous and morally corrupt expressions of intolerance.

Rodriguez said Lee’s committee substitute created a false equivalency between hate and inclusion, similar to President Donald Trump saying after Charlottesville that there were “very good people on both sides.”

The legislation was prompted in part by the August 2019 mass shooting in El Paso, Texas where a gunman who is believed to have posted a racist, anti-immigrant screed online before allegedly killing 22 people and wounding 26 others. It was also promoted by the 2017 Charlottesville, Virginia Unite the Right rally where a white supremacist killed a counterprotester.

Adding back the language on white nationalism and white supremacy drew opposition from some members of the public. Some of them accuse the resolution of being racist against white people.

David Caulkett, vice president of Floridians for Immigration Enforcement, spoke out against the resolution.

“The resolution is racist, divisive and has a negative societal benefit and is merely a golden opportunity for liberals to smear Republicans,” he said. “When the American principal of racial equality is superseded by Southern Poverty Law Center hate labels, isn’t the goal of racial equality a lost cause?”

Russell Meyer with the Florida Council of Churches supports the resolution.

“Every major Christian denomination in the United States in one way or another has adopted a similar kind of resolution for their own church body,” he said. “I’m very happy to hear that the Florida Senate would want to do the same thing.”

The resolution now goes to the Senate Rules Committee before getting a floor vote.