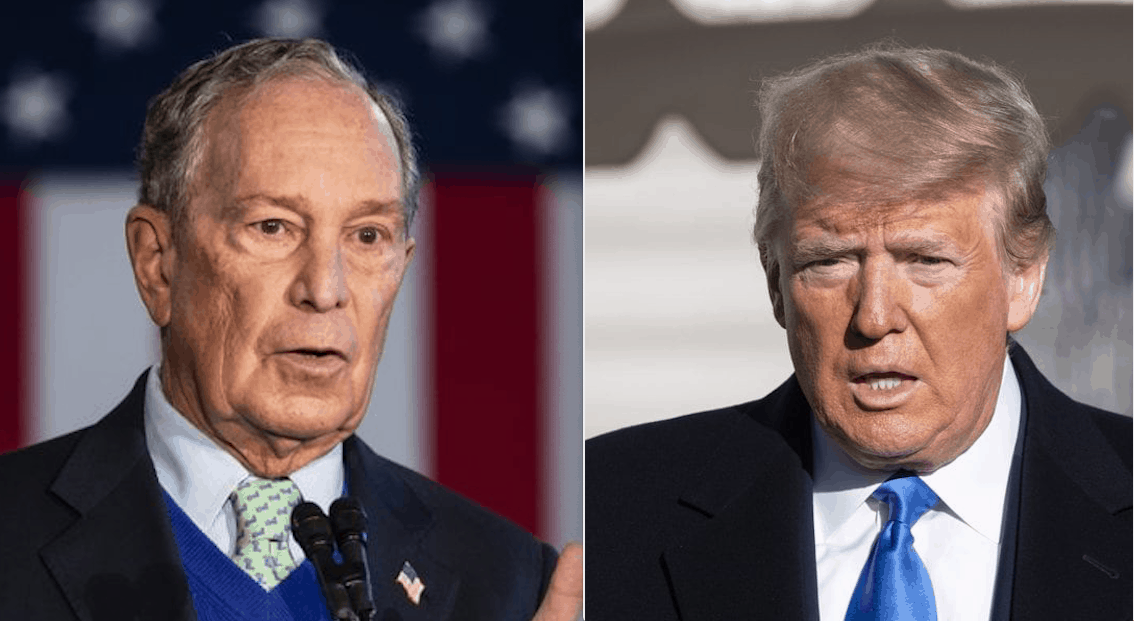 But that was before Bloomberg's poor showing in Wednesday's debate.

Among Democratic candidates, Michael Bloomberg would clearly win Florida from President Donald Trump while others would either be in a dead heat or be behind the President, according to a new poll released Thursday by the University of North Florida’s Public Opinion Research Lab.

The poll was taken last week through Tuesday, meaning the survey was completed before Wednesday night’s Democratic candidates’ debate nationally televised from Las Vegas, where almost universal observation concluded that the former New York City Mayor and his campaign took a severe beating.

The UNF poll, done in conjunction with First Coast News [WTLV, channel 12 in Jacksonville,] found Bloomberg leading Trump 50% to 44% in a hypothetical pairing. Biden leads Trump 49% to 48%, essentially tied, within the poll’s margin of error. Trump literally ties Sanders, with each polling 48% in their matchup; and Warren, with each polling 47%. Trump leads Buttigieg 49% to 45%; and Klobuchar, 48% to 44%.

The live telephone poll was taken from Feb. 10 through Tuesday of 725 Florida registered voters. It has a margin of error of 3.6%.

The lab did not test opinions for two other Democrats, California businessman Tom Steyer or Hawaii Rep. Tulsi Gabbard.

“Apart from Bloomberg’s lead, the other top candidates for the Democratic Party are either tied or losing to Trump,” Michael Binder, director of the Public Opinion Research Lab, stated in a news release issued by the lab. “Given the amount of money Bloomberg has poured into advertising in Florida, it isn’t surprising that he is doing well, but considering the relative weakness of the other candidates this is a pretty positive poll result for Donald Trump.”

Trump is tied or leading against most of the Democrats despite being slightly underwater in Florida voters’ views of the job he’s doing as President.

previousLottery bill has never been scored, but its ready for the House floor