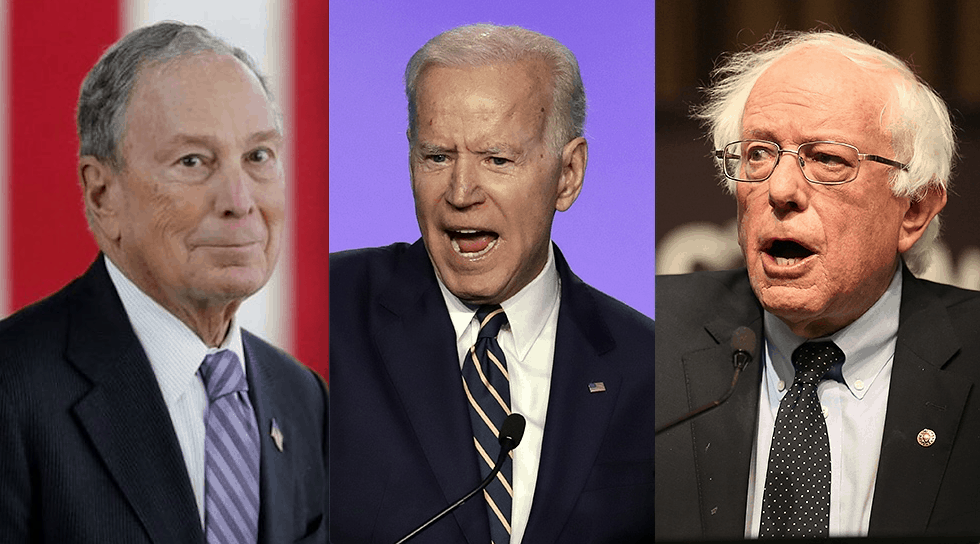 Mike Bloomberg, Joe Biden, and Bernie Sanders are on top, with others well back.

Florida Democrats are settling almost equally on Mike Bloomberg, Joe Biden, and Bernie Sanders as their pick in the March 17 presidential primary, according to a new poll from Florida Southern College’s Center for Polling and Policy Research.

Slipping toward also-ran positions in the poll were Massachusetts Sen. Elizabeth Warren with 12%, former South Bend, Indiana, Mayor Pete Buttigieg with 9%, and Minnesota Sen. Amy Klobuchar with 5%. California businessman Tom Steyer and Hawaii Rep. Tulsi Gabbard essentially got no support. One percent said they would vote for someone else and 9% of the Democrats surveyed said they were undecided.

The pollsters also asked how strongly the respondents feel about their choices. The results suggest Bloomberg has a considerable base of support in the state committed to voting for him in the primary, with Sanders, Biden, and Buttigieg attracting a number of supporters leaning toward voting for them.

The telephone poll of 329 Democratic voters was taken last week Monday through Friday, and the results were analyzed among the 313 who identified themselves as likely voters. The poll has a margin of error of 5.4%.

The survey was taken before the Nevada caucuses and many of the responses came in before the nationally-televised debate last Wednesday when nearly-universal consensus held that Bloomberg stumbled badly, particularly when questioned by Warren and Biden about his past treatment of women.

Among Biden’s supporters, just 36% said they definitely would vote for him, 22% said probably, and 42% were leaning.

There was no clear consensus on second-choices. When asked, responders split their responses pretty evenly, from Biden being the second choice with 16% and the others bunched down. Klobuchar bottomed the list with 11%.