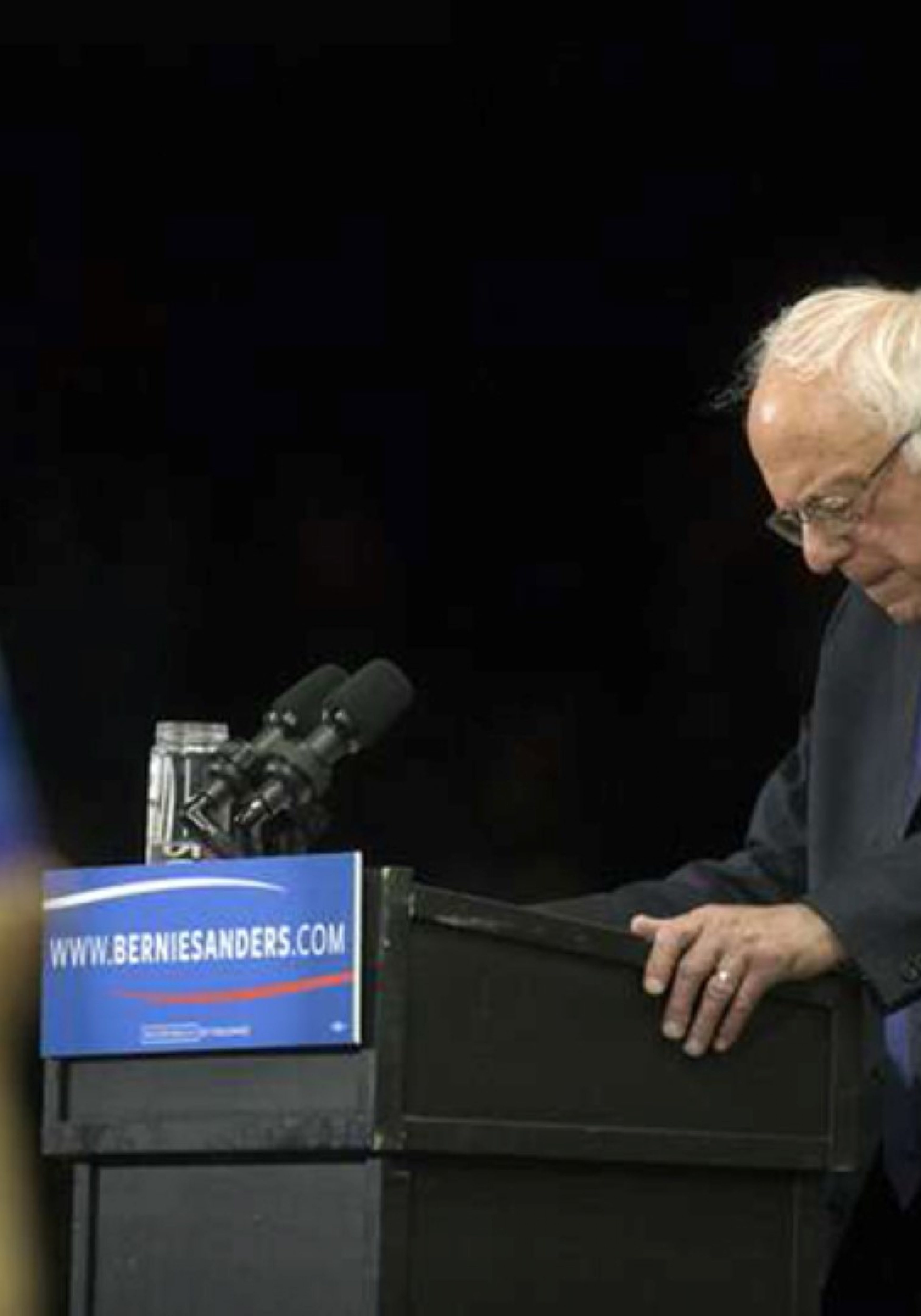 Some worry his failure to unequivocally condemn Castro could have consequences down-ballot.

Bernie Sanders is drawing fire from several South Florida Democrats after Sanders’ equivocal criticism of the Fidel Castro regime during a 60 minutes interview.

That interview aired Sunday night. In it, interviewer Anderson Cooper confronted Sanders over decades-old comments where Sanders attempted to explain why Castro was not overthrown by the Cuban people.

Sanders attributed the lack of uprising to some benefits provided to the Cuban people, such as education and health care. Of course, Castro also routinely jailed political enemies and held a tight grip over the island during his authoritarian reign.

When confronted with those decades-old comments Sunday, Sanders again pointed out one of those benefits while condemning the dictatorial nature of the Castro regime.

“But you know, it’s unfair to simply say everything is bad. You know? When Fidel Castro came into office, you know what he did? He had a massive literacy program. Is that a bad thing even though Fidel Castro did it?”

That garnered pushback from Cooper. “There’s a lot of dissidents imprisoned in Cuba,” Cooper said.

“That’s right, and we condemn that,” Sanders responded. “Unlike Donald Trump, let’s be clear — I do not think that Kim Jong-un is a ‘good friend.’ I don’t trade love letters with a murdering dictator. Vladimir Putin, not a great friend of mine.”

But it’s Sanders equivocation — noting not “everything” was bad during Castro’s reign — that has ignited criticism from several South Florida Democrats. Florida is, of course, home to many Cuban refugees, as well as refugees of several other Central and South American countries that have seen the devastating effects of authoritarian regimes firsthand.

U.S. Rep. Donna Shalala, who represents Florida’s 27th Congressional District, was one of the first to weigh in Sunday night.

“I’m hoping that in the future, Senator Sanders will take time to speak to some of my constituents before he decides to sing the praises of a murderous tyrant like Fidel Castro,” Shalala said.

“The Castro regime murdered and jailed dissidents, and caused unspeakable harm to too many South Florida families. To this day, it remains an authoritarian regime that oppresses its people, subverts the free press, and stifles a free society.”

Sanders strengthened his lead over the Democratic primary field with a decisive win in Nevada Saturday. Notably, he appears to have easily won the Latino vote.

Sanders has sought to distinguish his brand of Democratic socialism from the likes of Castro or Hugo Chávez, likening it more to the larger governments seen in western Europe.

But despite his comments condemning Castro’s “authoritarian nature,” Sanders is still coming under fire from Democrats who worry his failure to unequivocally condemn the regime could have consequences down-ballot.

By Monday, the Republican National Committee was already threatening other Democrats over Sanders’ statements, writing in an email, “good luck Democrats who may try and distance themselves from Sanders’ praise of communist dictators.”

Democrats typically perform better than Republicans among Hispanics and Latinos, though the Cuban population leans more Republican than the demographic as a whole. And Florida’s population is arguably overall more attuned to the effects of authoritarian regimes in Latin America.

State Rep. Javier E. Fernández is currently competing in the Senate District 39 contest. That district covers all of Monroe County and parts of Miami-Dade County — including Homestead — which is home to a large Hispanic and Latino population.

The SD 39 race is expected to be one of the closest contests in the state in 2020. But should Sanders secure the Democratic nomination, a failure to galvanize South Florida’s Hispanic and Latino population could hurt the chances of Democrats like Fernández.

“⁦@BernieSanders Comments are as uninformed as they ridiculous,” Fernández wrote on Twitter.

“As a party are we really going to elect a nominee with a worldview that is this fundamentally flawed? Folks, our party & country deserve better.”

“Saying a murderous dictator wasn’t so bad because of a literacy program is like saying ‘there were very fine people, on both sides,'” Taddeo argued.

“I was horrified by Sen. Sanders’ comments,” Rodríguez said.

“Rather than strain to be ‘fair’ to a murderous dictator, he should listen to those who’ve lived under tyranny. After his outrageous comments he easily condemns Kim Jong Un and Putin. Sen. Sanders, the same is true of the Castro regime.”

House Democratic Leader Kionne McGhee also lamented the potential down-ballot effects of Sanders’ remarks. “And just like that……there you have it folks…. Seats my team and I picked up during the past cycle, along with others… will see his quote on mail pieces in Miami-Dade attacking our candidates!” McGhee said.

While, Sanders’ Cuba comments have attracted the most attention Monday, Sanders also drew some fire for his comments regarding the American Israel Public Affairs Committee (AIPAC).

Sanders, who is Jewish, has routinely refused to attend AIPAC’s annual conference. Sunday, he announced that trend would continue.

“I remain concerned about the platform AIPAC provides for leaders who express bigotry and oppose basic Palestinian rights,” Sanders said on Twitter. “For that reason I will not attend their conference.”

“I’ll be at AIPAC Policy Conference. I’ll use that platform to talk about bipartisan support for a strong US-Israel relationship,” Deutch said in a Monday statement.

“I will continue to strongly support Israel’s security in the face of ongoing attacks and other serious threats. And unlike Senator Sanders, I look forward to sharing my views with the pro-Israel Democrats, Republicans, and Independents who will be gathering in Washington next week.”

Democratic voters will have a chance to weigh in themselves during the Florida presidential primary on March 17.