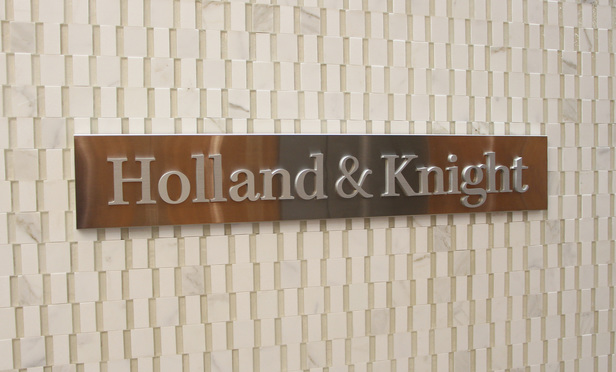 There were a total of 83 clients who took out contracts for lobbying work with Holland & Knight last year. Out of those, 41 retained the firm for legislative lobbying services. That amounted to $1.21 million in pay on the legislative side of Holland & Knight’s 2019 revenue estimate.

Holland & Knight’s top client on the legislative side was State Farm Mutual Automobile Insurance. The insurance giant, headquartered in Bloomington, Ill., paid $120,000 in fees to the lobbying firm last year.

The medical industry also saw some of the top paying legislative clients for Holland & Knight. Both Shands Teaching Hospital and Clinics and the Safety Net Hospital Alliance of Florida provided the firm with $70,000 in yearly pay.

A dozen companies and organizations that hired Holland & Knight showed up at the $20,000 level.

Wawa appeared again on Holland & Knight’s executive lobbying list of clients. Wawa and the National Public Finance Guarantee Corp. topped that list as they each paid $60,000 for executive work.

Another 19 companies or organizations paid $20,000 each for executive lobbying services. Many of those clients also appeared on the legislative list, though there were occasional outliers such as the Hillsborough Area Reginal Transit Authority.

Holland & Knight employed eight lobbyists who worked for the firm for the entirety of 2019 while another two worked for a portion of the year.