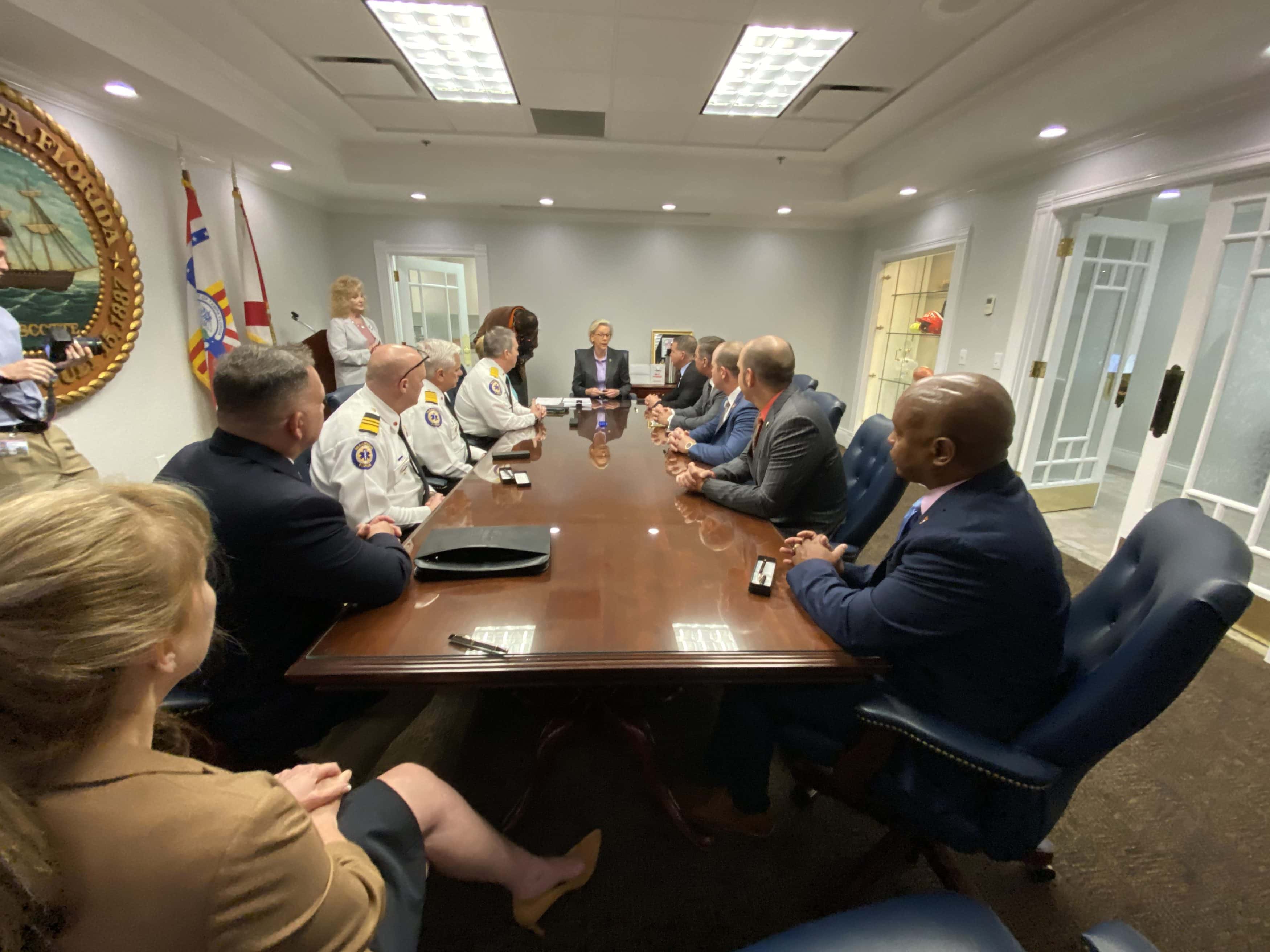 The agreements include across the board raises.

Tampa Mayor Jane Castor and her staff have reached an agreement with the city’s three labor unions for its next three-year labor contract.

The agreements with the Amalgamated Transit Union, Police Benevolent Association and International Association of Fire Fighters include across the board raises, updates to leave of absence policies, more time to respond disciplinary action and some increases to various industry allowances for tools.

“This is a very exciting time for Tampa and the passage and final sign off of these three union contracts are paramount to maintaining our exceptional level of service across the city,” Castor said of the negotiations.

With her latest accomplishment, Castor has reached a major union agreement, finalized a $1 billion budget and gotten approved the city’s single largest infrastructure project in its history within the first year of her administration.

The union agreements with all three groups are mostly similar. They include 3% raises across the board for workers.

They also added protected classes to the city’s non-discrimination clause based on creed and military status. The city had already added protections for gender and sexual orientation for the 2016-2019 labor agreement.

For fire fighters, the city will now use military leave in calculations for overtime pay.

The ATU president will receive a 10% salary increase while he or she is serving in that capacity to compensate for the additional workload.

ATU employees will also get paid an extra hour for testifying in court on city-related matters if such testimony occurs outside the employee’s normal working hours.

Those workers will also receive an additional $1 per hour for premium shift work.

Shift premium for police will go rise from 85 cents an hour to 90 cents for night shifts and from $1.21 to $1.26 for overnight shifts.

The ATU agreement increases the amount of time an arrested employee can take a leave of absence to deal with his or her charge from 60 days to 90 and gives employees who are acquitted 10 days to request their job back, up from five.

For disciplinary matters, ATU employees must now be given three working days’ notice of a hearing, up from 48-hours. If an employee is asked to write a letter explaining their action, they will now have 48-hours to complete it, up from just 24.

The ATU agreement also increases the maximum use of personal sick leave from eight hours to 16.

Crime scene technicians with the Tampa Police Department will now receive a $350 a year allowance for tools. Previously only workers like mechanics received a tool allowance.

In addition to the 3% raises, fire employees receiving a promotion must also receive a minimum 3% raise for their new position.

That contract also now allows points for promotion calculations based on seniority and education and it reduces the minimum hour eligibility for promotions, making it easier for workers to move up in their jobs.

nextSunburn — The morning read of what’s hot in Florida politics — 2.25.20