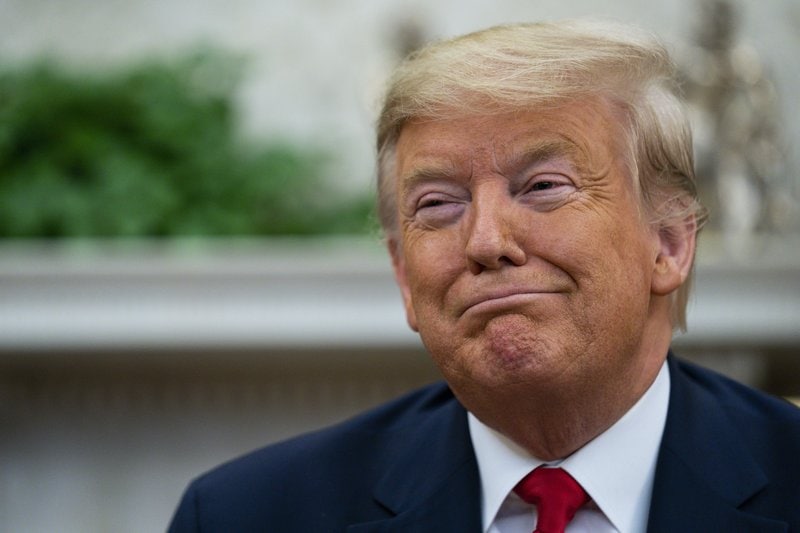 President Donald Trump is coming to Orlando March 9 for a fundraiser featuring top party leaders and an $11,200-per-couple base ticket price in the middle of what normally would be the Democrats’ season in the I-4 corridor.

If someone wants to be at the Trump fundraising event’s roundtable, have a photo taken, and be at the reception, tickets cost $100,000 per couple.

The lunchtime fundraiser, promoted as “A Lunch with Donald J. Trump, President of the United States,”  will be held at a still-undisclosed location.

The visit to Orlando comes as Democrats seeking to run against him should be organizing their own visits to Orlando, the I-4 corridor, or even to Florida.  The “super Tuesday” Democratic primaries are March 3, and Florida’s is on March 17. In between are a half-dozen primaries, including Michigan, Missouri, and Washington, but of them only Michigan is a state considered critical to who might win in November.

So far, Trump and Vice President Mike Pence have been to Central Florida more often than all of the Democratic candidates combined, even though Trump has no Florida primary to worry about. Trump held his reelection campaign kickoff rally in Orlando in June and has been back for events in The Villages and earlier this month for the Daytona 500. Pence headlined a rally in Kissimmee in January.

Central Florida has seen one public visit from a Democrat running for President since Trump’s campaign kickoff, when Pete Buttigieg visited in August. Buttigieg and Biden have been back, but for private fundraisers.

Orange County Democratic Chair Wes Hodge said he expects and hopes Democratic visits to start soon, and to continue all year as a Democratic nominee emerges and goes after the traditional battleground, but expressed some concern for how much Trump already is doing in Central Florida.

“It’s obvious how important the Trump campaign sees the I-4 corridor and Central Florida,” Hodge conceded.

Randy Ross, who chaired the Trump campaign in Orange County in 2016 and has been at the forefront of Trump’s 2020 campaign in Florida, suggested that Democratic candidates may be making a mistake of thinking of Central Florida as a safe zone now, with a significant shift toward blue, particularly in Orange and Osceola counties.

“We’re not going to win Orange County, but we certainly want to get as close as possible,” he said.