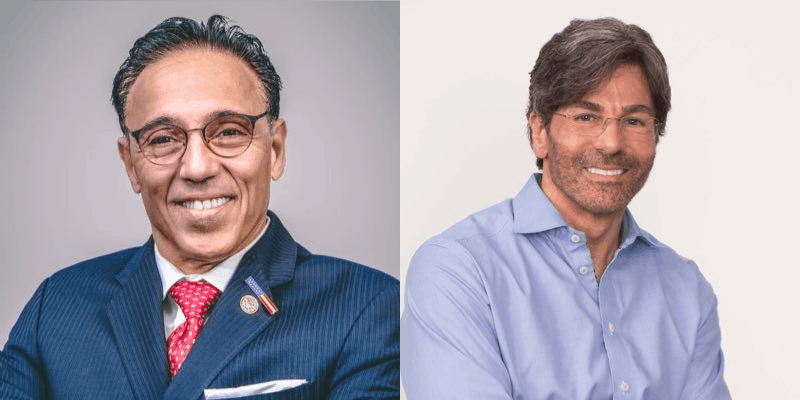 Figlesthaler said opponent has no business being in the race.

Aquino said when he agreed to meet with Figlesthaler, he thought it possible the Naples urologist would drop out. “I met with him to see if he was going to join me,” Aquino said.

The conversation ended quickly, Aquino said, when the men discussed issues and Aquino said he believed all Americans had the right to access to health care, and Figlesthaler said he disagreed.

“I showed him the door,” Aquino said.

Figlesthaler, though, said that he made no such an offer, and does not want Aquino’s support.

He said he indeed met with Aquino, though he said that was at the request of the disabilities advocate.

“Aquino reached out to our staff a couple of months ago,” Aquino said. “We were finally able to sit down three weeks ago. Needless to say, he has more than a few screws loose. I told him he has no business running for office.”

Figlesthaler said he did not discuss how Aquino should leave the race but said he should not be in the race. He called his opponent a “total nut job.”

Aquino and his camp said it was unethical to reach out to another campaign to try and push them to withdraw.

Aquino did not raise enough money in his first quarter to warrant a campaign report, but he told Florida Politics he has raised around $21,000 between his $10,000 of his own and support from family and friends. He’s also cousins with the founder of Arizona Iced Tea and said money will not be a problem in the race.

Aquino maintains Figlesthaler reached out through campaign officials to him and his campaign manager, Kato Jenkins.

But Figlesthaler said he doesn’t think Aquino represents a significant constituency in the first place.

“Certainly was not concerned with earning his support,” Figlesthaler said. “I don’t think he has any.”

nextJoe Henderson: Nikki Fried could feel the heat if Bernie Sanders is the nominee