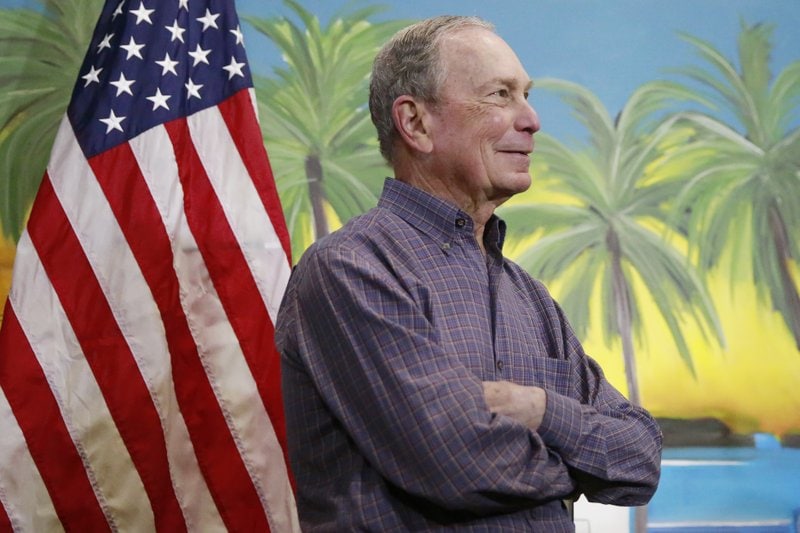 In an announcement he released Wednesday morning, the former New York City Mayor said the Super Tuesday primaries, in which he was not competitive, made the data clear that he cannot win and wants more than anything to back someone who will beat President Donald Trump.

“I’ve always believed that defeating Donald Trump starts with uniting behind the candidate with the best shot to do it. After yesterday’s vote, it is clear that candidate is my friend and a great American, Joe Biden,” Bloomberg said.

“I’ve known Joe for a very long time. I know his decency, his honesty, and his commitment to the issues that are so important to our country — including gun safety, health care, climate change, and good jobs,” he added.

Bloomberg’s departure leaves Biden, Sanders, and Massachusetts Sen. Elizabeth Warren, whose fate also remains deeply uncertain after disappointing showings in the Super Tuesday primaries. Also still in the race is Rep. Tulsi Gabbard of Hawaii, who has never been a factor.

Bloomberg entered late and fueled his campaign with $500 million from his estimated $61 billion fortune. He took a nontraditional approach, blowing off early primary states and pouring money into TV and social media advertising and campaign staff in subsequent states.

He has been the only Democratic candidate to pay much attention to Florida to date, pouring more than $10 million into TV advertising, opening about 20 campaign offices throughout the state, and hiring more than 100 paid campaign staff.

And just Tuesday he was in the Sunshine State giving speeches in Miami and Orlando. Meanwhile, he was finishing distant thirds or fourths in all 14 states that were voting Tuesday.

Two of Bloomberg’s former Democratic rivals, Amy Klobuchar and Pete Buttigieg, dropped out of the race and endorsed Biden as the moderate alternative to Sanders just the day before Super Tuesday.

“I’m a believer in using data to inform decisions. After yesterday’s results, the delegate math has become virtually impossible — and a viable path to the nomination no longer exists,” Bloomberg said. “But I remain clear-eyed about my overriding objective: victory in November. Not for me, but for our country. And so while I will not be the nominee, I will not walk away from the most important political fight of my life.”

His TV commercials and organizing in Florida had briefly put him atop some polls in the Sunshine State. Still, he lost that momentum after his disappointing performance in his first nationally televised debate in Las Vegas late last month. Still, the latest St. Pete Polls survey had him within striking distance of Biden.

He did not say if he intends to redirect his campaign infrastructure or his billions of dollars toward helping Biden win. But he did pledge to continue campaigning on several fronts, particularly in his commitments to gun law reform and climate change.

“We made our campaign slogan a clear, simple promise: Mike will get it done. And I intend to keep working on the ‘it,’” he said. “I will continue to work for sensible, common-sense policy solutions that can get done. That includes passing gun safety laws that save lives. Fighting climate change. Improving health care. Making college more accessible and affordable. Creating economic opportunity for all. And helping mayors and local leaders across the country who are doing so much important work on all of these issues.”

But shortly after Bloomberg’s departure from the race, Republican groups were already starting to use the latest bow-out as a campaign tool to push support for Trump. The conservative FreedomWorks group is turning the narrative toward what will likely be the most prevalent talking point through the rest of the primary and into the general election — that the Democratic Party has gone the way of socialism.

“Mike Bloomberg’s decision today to suspend his campaign demonstrates that his brand of nanny-state totalitarianism does not resonate even with self-avowed socialists. Bloomberg, and Sen. Warren’s round of Super Tuesday defeats indicate that Democrats have an authenticity problem,” said FreedomWorks President Adam Brandon. “Voters want a genuine candidate who speaks to them about the issues that matter, much like President Trump has done, rather than restrictions on soda serving size. Lastly, Bloomberg’s reportedly endless financial advantage begs the question: will Mayor Mike make good on his word and continue to pay his campaign staff’s salaries through November?”