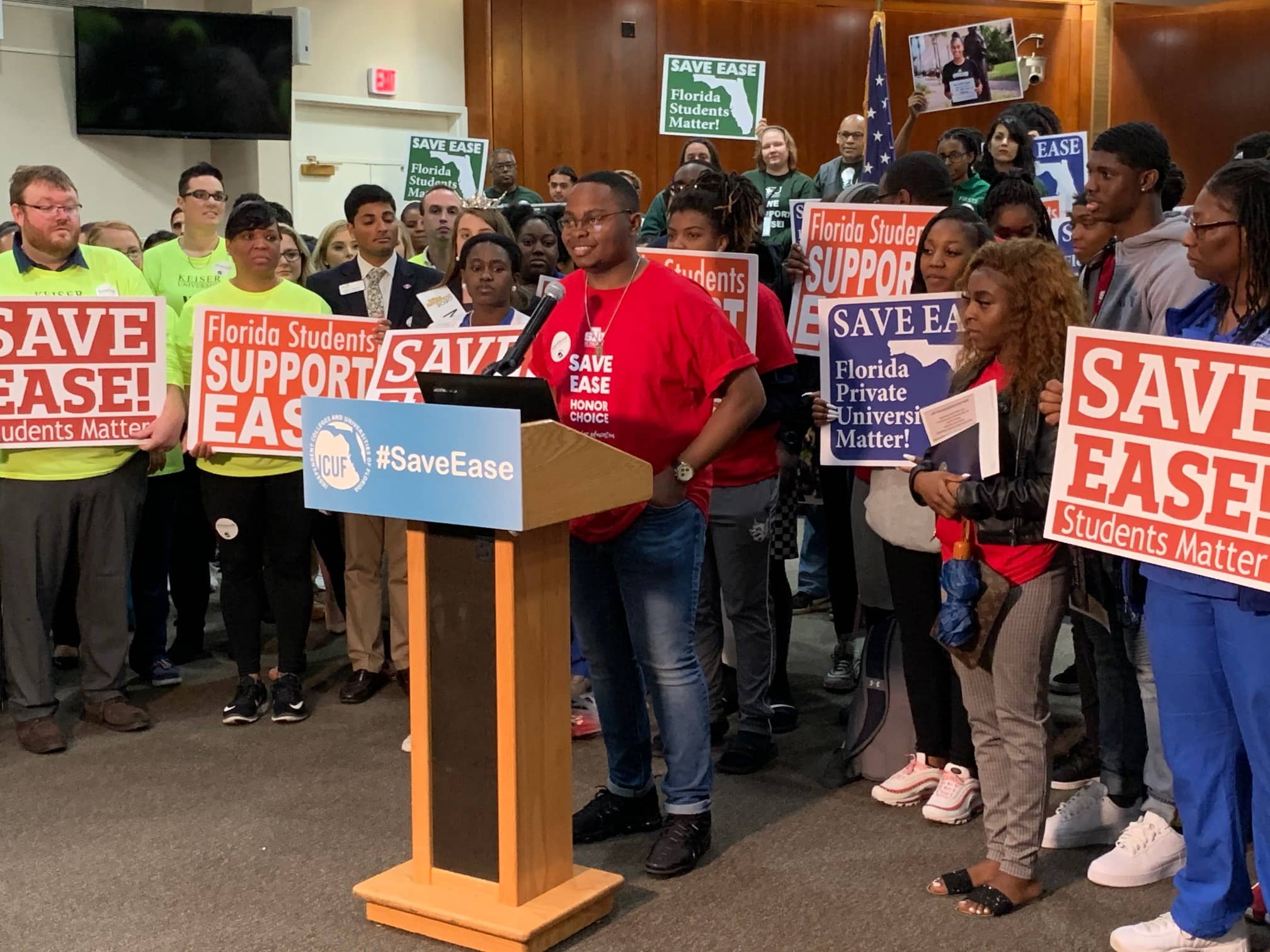 Dozens of highly enthusiastic private scholarship students braved the rain to travel to Tallahassee and thank lawmakers for not rolling back non-needs based grant funding.

The previous version of bill would have turned the EASE program from non-needs based scholarships to means tested financial aid. It would have done the same to the ABLE program.

Robert Boyd, president of the Independent Colleges and Universities of Florida Association says they got the EASE scholarships fixed and the funding maintained at $2,841 per student. The association previously estimated that the bill would have caused about 27,000 students to lose their subsidy, more than 60% of the 43,000 recipients.

“We accomplished what we set out to do,” he said.

Boyd says this is the first ICUF rally at the Capitol, but they plan to hold annual rallies moving forward. He says they will push for the per-student funding to go back up to $3,500 next Legislative Session.

Several lawmakers spoke to the excited crowd, including Fine. He drew a mostly positive reaction, although not all of the students appreciated his sense of humor. He said the original version of the bill would not have cut the funding, but direct it to more needy students. And he warned that future legislatures could zero out EASE funding.

“A: know this is a battle you will always have to fight,” he said. “But B: do you want it to continue in the way that it does?”

Matamron Bacon, a student from St. Thomas University, says the EASE grant, to him, represents the faith his community has in him.

“It is the faith of my neighbors, saying ‘We believe in your educational endeavors and you shouldn’t have to worry about the financial burden,'” Bacon said.

The legislation would also merge New College of Florida and Florida Polytechnic University into the University of Florida. It is now heading for a House vote.