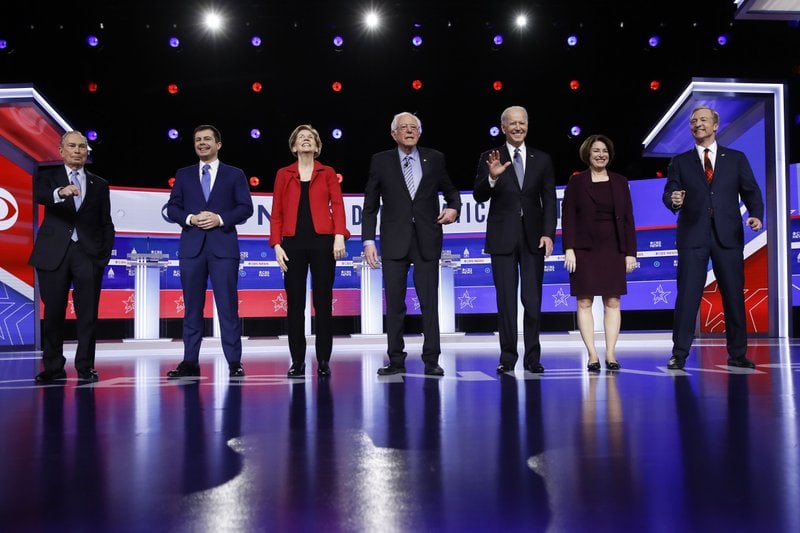 How many candidates will be around then? Stay tuned.

The next presidential candidates’ debate has been set for Phoenix on March 15, two days before the Florida primary.

The debate also is two days before Arizona’s primary. It pretty much assures that whoever is left in the field then will not be visiting Florida on that Sunday before the election. Also sharing the March 17 date with Florida and Arizona are primaries in Illinois and Ohio.

CNN and Univision announced Thursday they would jointly hold the eleventh Democratic presidential debate of the 2020 cycle in Phoenix on March 15, starting at 9 p.m. Eastern time.

Information on format and qualifying candidates will be announced at a later date, the two networks said Thursday.

Given the stakes for many of the candidates in Saturday’s South Carolina primary followed by the March 3 “Super Tuesday” primaries in 15 states including California, Texas, and Virginia, the likelihood is high that the March 15 debate will have a seriously-winnowed field from the seven candidates who appeared at the tenth debate Tuesday night in Charleston, South Carolina.

There also are March 10 primaries in Michigan, Missouri, and four other states.

Left standing at the moment: former Vice President Joe Biden, former New York City Mayor Mike Bloomberg, Sens. Bernie Sanders of Vermont, Elizabeth Warren of Massachusetts, and Amy Klobuchar of Minnesota, former South Bend, Indiana, Mayor Pete Buttigieg, businessman Tom Steyer of California, and Hawaii Rep. Tulsi Gabbard, who has not qualified for any of the past several debates but has been marshaling on.

Florida has not seen much of the Democratic candidates since the first debate was held in Miami on June 26 and 27. Since then, there have been debates in Detroit; Houston; Columbus, Ohio; Atlanta; Los Angeles; Des Moines, Iowa; Manchester, New Hampshire; Las Vegas; and Charleston, South Carolina.

It will be the fourth debate involving CNN and the second involving Univision.

previousVexed by how to contain coronavirus, countries take tough steps