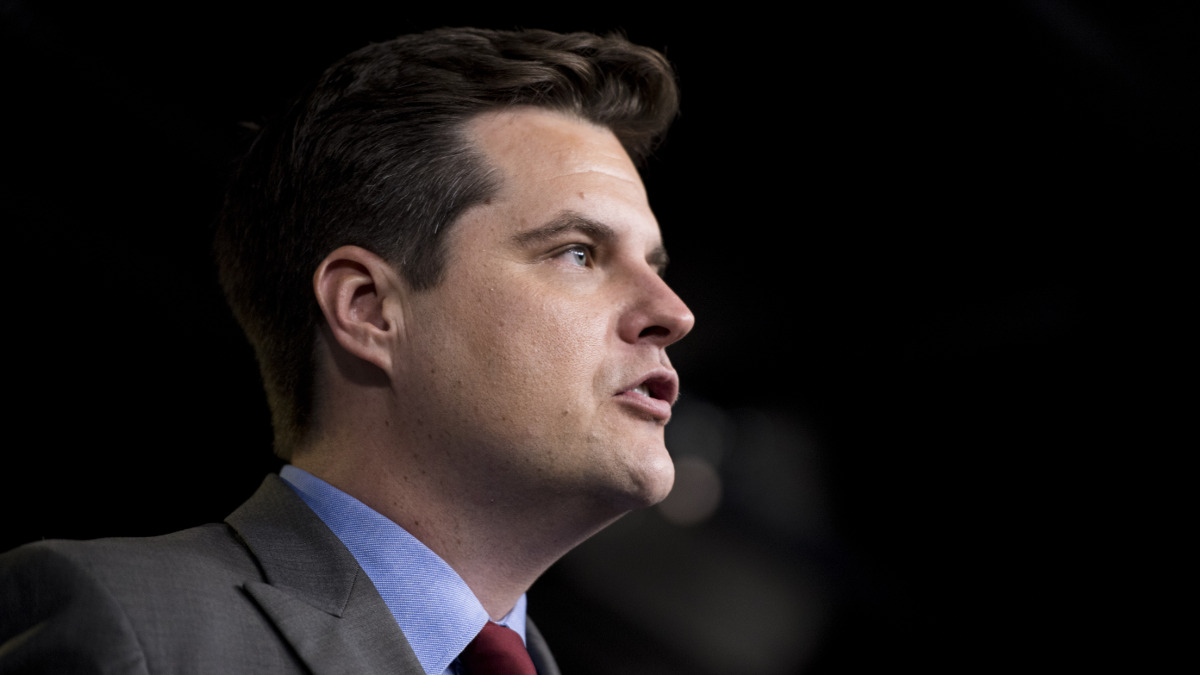 The move drew praise from both sides of the aisle.

“I’ve never turned tricks for Washington PACS,” Gaetz wrote in a Twitter post, “but, as of today, I’m done picking up their money in the nightstand.”

He committed then to never again accept a federal PAC donation.

“Not one red cent,” he wrote. “The American People are my only special interest.”

The pledge incidentally was also made at the Conservative Political Action Conference.

The event, organized by the American Conservative Union, has become the most high-profile annual gathering of conservative thought leaders.

But Gaetz’s promise not to accept PAC dollars won praise across the political spectrum.

“I appreciate that Matt Gaetz will join me in saying no to all PAC money and leadership PACs,” Khanna wrote in a Twitter post retweeted by Gaetz. “He made the announcement at CPAC, showing that that people across the political spectrum are desperate for reform.”

Gaetz name-checked Khanna in his speech as well.

“The more small dollar donations for a political candidate, the better they will serve in office,” DiBugno posted, despite working with a PAC that funds opposition research on Democratic candidates.

Gaetz had teased early Thursday that he would make a major political announcement at CPAC. That fueled some speculation online that he would leave his congressional seat for a position in President Donald Trump’s administration.

But swearing off PAC money may, in fact, send a different type of political ripple.

The telegenic Congressman and Trump loyalist developed a national following thanks in part to frequent appearances on cable news outlets. This has given him a substantial pool of small donors on which to draw.

It’s notable too, however, that Gaetz represents a deep red district at no risk of turning blue any time soon. He won reelection to a second term in Florida’s 1st Congressional District in 2018 with 67% of the vote over Democrat Jennifer Zimmerman.