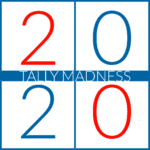 As lawmakers hammer out a new state budget, argue about teacher pay and debate other critical issues in the waning days of the 2020 Legislative Session, it might be time to take a short break from the madness.

TallyMadness 2020 is about to kickoff!

While the devil may be in the details (so to speak), it’s those minutiae that keeps the Florida Capitol humming along.

With that in mind, Florida Politics is proud to announce the return of TallyMadness for 2020 — our annual online voting competition to determine who is the “best” lobbyist (40-year-old and under) in Florida.

We start off with a list of some of the best and brightest competitors, but with a twist. This year, we left open four spots — “play-in-games” in NCAA “March Madness” parlance — for any last-minute nominations. Thank you for your suggestions.

You may note that some of those “under 40” lobbyists are not listed — folks like Tracy Mayernick, Eileen Stuart and Alan Suskey, to name a few. That’s not an oversight.

We decided to spice things up for this year, keeping the competition to those up-and-comers who have not won a previous TallyMadness award or been recognized with multiple Golden Rotundas.

So, while there are some tweaks to the 2020 game, the basics stay the same: Like college basketball fans who fill out their brackets as part of March Madness, political aficionados in the capital (and beyond) can vote on a series of bracketed matchups pitting Florida’s top lobbyists against each other.

RIGHT NOW – We’re accepting nominations for the 4 spots still up for grabs. If you think someone really deserves a shot at the title, let the selection committee know before noon.

Voting in the first-round begins today and continues through Monday at 6 p.m.

You may vote as many times as you’d like.

Those who visit TallyMadness.com are also asked to email any recommendations for improvements — and later-round voting — to [email protected].

nextSurvey says some Americans are afraid to drink Corona because ... coronavirus