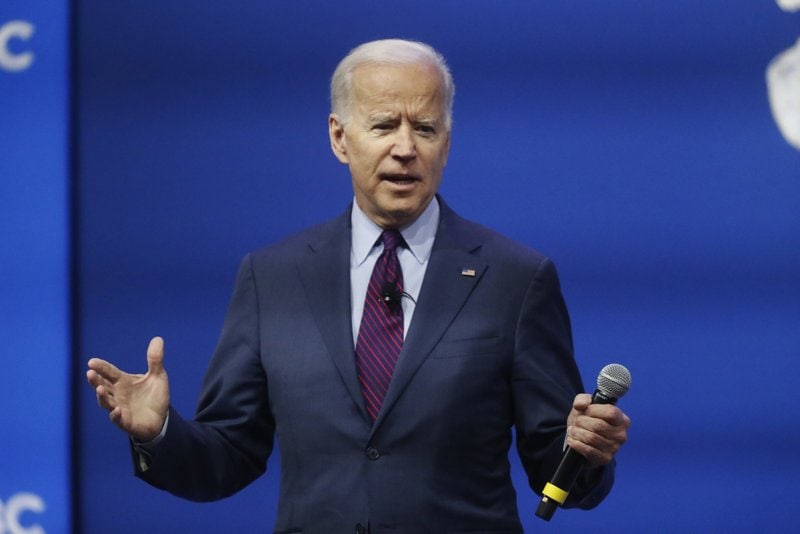 The next three days will determine whether South Carolina was a one-off for Biden.

Joe Biden bought himself time. It’s unclear how much.

Biden’s victory in South Carolina on Saturday was emphatic enough to let him make the claim that it had reordered the race for the Democratic presidential nomination. He can now credibly argue he is the overwhelming favorite of black voters who are the backbone of the Democratic Party. And he is positioning himself as moderates’ best alternative to blocking Bernie Sanders’ path to the nomination.

But the next three days will determine whether South Carolina was a one-off for Biden or the start of a true comeback for the former vice president. More than a dozen states vote on Tuesday, including California, the primary contest’s biggest prize and a state where more than 1 million votes were cast early.

Biden faces serious challenges in many of those states, including a limited campaign infrastructure and virtually no money spent on advertising. He’ll be dependent largely on name recognition built up during more than four decades in national politics and the perception of momentum coming out of South Carolina.

Also standing in Biden’s way: several other candidates who are vowing to stay in the race, including billionaire Mike Bloomberg. Most have no discernible path to the nomination, but they could keep Biden’s support down and allow Sanders to rack up an insurmountable delegate lead.

Some of Biden’s supporters are clear-eyed about the difficulties ahead.

Still, there are real reasons for optimism for Biden out of South Carolina, the first state to test the preferences of black voters. Biden was backed by about 60 percent of African Americans, according to AP VoteCast, a wide-ranging survey of more than 1,400 voters in South Carolina’s Democratic primary. He also performed strongly with older voters, who vote more reliably, and self-described moderates.

Also working in Biden’s favor were feelings of nostalgia in South Carolina for the Obama era. Though former President Barack Obama hasn’t endorsed in the 2020 race, and isn’t expected to any time soon, Biden has wrapped himself in his one-time running mate’s legacy and held up his eight years in office as an example for a model for what his own presidency would bring.

Biden’s campaign is now moving urgently to rebrand its candidate as a front-runner after weeks on the decline (he finished a dismal fourth in Iowa and fifth in New Hampshire, then a distant second to Sanders in Nevada). Biden and his top advisers are pressing prominent moderates in the next states on the calendar for endorsements, and also trying to gently nudge other candidates toward the exit.

“Joe Biden’s strength tonight is why we are poised for a strong Super Tuesday and one of only two candidates remaining with a viable path to the nomination,” said Anita Dunn, Biden’s senior adviser.

But Biden is dependent on factors outside of his control — and his weak start to the primaries means one victory in South Carolina may not be enough to scare off other candidates who are still angling for their own opening.

Indeed, several others insisted Saturday that they plan to stay in the race at least through the Super Tuesday contests this coming week, including Sens. Elizabeth Warren and Amy Klobuchar, as well as Pete Buttigieg, the former mayor of South Bend, Indiana.

But the pressure will be particularly acute in the coming days on Klobuchar and Buttigieg. After promising moments in Iowa and New Hampshire, two overwhelmingly white states, neither candidate has shown any significant strength with the minority voters who are crucial to Democrats in the general election.

Then there’s Bloomberg, who entered the race late after determining Biden was a weaker-than-expected candidate. He skipped the opening contests but has poured hundreds of millions of dollars into television advertising into Super Tuesday states in hopes of racking up big delegate totals.

While Bloomberg’s campaign privately acknowledged that Biden is likely to get a bump out of his South Carolina win, the campaign still believes the former New York mayor can win in a handful of states that vote on Super Tuesday, including Arkansas, Alabama, Oklahoma, Virginia and North Carolina, all states he’s barnstormed in recent days.

“Mike Bloomberg has not been on the ballot yet,” said Kevin Sheekey, Bloomberg’s campaign manager. “We look forward to Tuesday.”

Biden’s campaign hasn’t mapped out the states where it thinks the former vice president can win on Tuesday, but it’s eyeing strong finishes in states with large black populations: Virginia, North Carolina, Tennessee, Arkansas and Alabama.

Biden doesn’t have the time to build the personal relationships in those states that he had in South Carolina, a state he visited 30 times over the past year, or the money to build out the campaign infrastructure that carried him to Saturday’s overwhelming victory.

But a comeback narrative can be a powerful political force, one Biden is hoping he can capitalize on during these next crucial days for his campaign.

In an emotional address to supporters in South Carolina on Saturday, he declared: “For all those of you who’ve been knocked down, counted out and left behind, this is your campaign.”