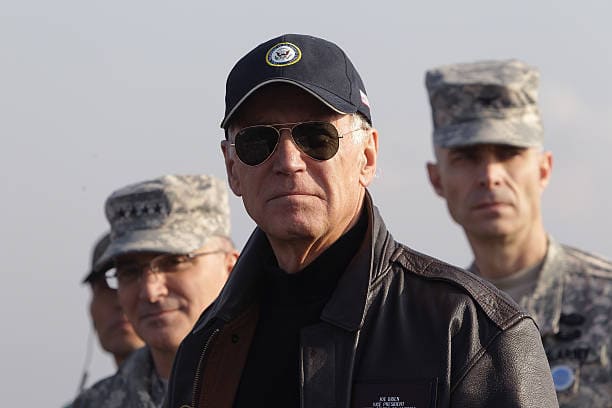 Democratic presidential candidate Joe Biden on Wednesday released his plan to address America’s opioids crisis, starting with a staunch defense of the Affordable Care Act and a pledge to strengthen it, not replace it.

Biden’s five-point plan includes  promises to invest $125 million in prevention, treatment and recovery services; to put federal pressure on pharmaceutical companies that have been alleged to have contributed to the crisis with aggressive marketing of opioids; to press against over-prescription of opioids as pain medicine; to push for criminal justice reform that will prevent prison sentencing for people just charged with drug use; and to  tighten border controls to stem the flow of illegal narcotics from China and Mexico.

The top-line theme of Biden’s plan appears aimed at President Donald Trump’s disdain for Obamacare  but also applies to his disagreement with rival Democrat Vermont Sen. Bernie Sanders, who wants to replace Obamacare with a Medicare for all health care plan.

“But President Trump wants to repeal Obamacare, including its Medicaid expansion. Repeal would be disastrous for communities and families combating the opioid crisis. It is not realistic to think that grant money will fill the hole that eliminating Obamacare and its Medicaid expansion would create,” the paper continues.

The plan comes out as Biden, Sanders, Massachusetts Sen. Elizabeth Warren, and former New York City Mayor Mike Bloomberg turn their attention to the next few states’ Democratic primaries, including Florida’s March 17 election. In addition to Florida, which has its own opioids epidemic, the next few states include a couple that have become national symbols of the opioids crisis: Michigan on March 10 and Ohio on March 17.

The part of Biden’s proposals that appear to be new policy involve unleashing the federal government against pharmaceutical companies in marketing opioid pain killers.

Biden’s campaign said he would direct​ ​the U.S. Justice Department to make actions that spurred this crisis a top investigative and, where appropriate, civil and criminal enforcement priority, direct the Drug Enforcement Administration to step up its efforts to identify suspicious shipments and protect communities, ban drug manufacturers from providing payments or incentives to physicians and other prescribers, and to terminate pharmaceutical corporations’ tax break for advertisement spending.

The $125 billion would include $75 billion for flexible grants to states and local governments for prevention, treatment, and recovery programs, particularly in rural areas, and $10 billion to assist local communities’ first responders to have more resources to deal with opioid overdoses.

The point on stopping over-prescribing of opioids includes a pledge to support development of less addictive pain medications and alternative pain treatments, and improve standards of quality for treatment​. However, the plan says nothing about medical marijuana being one of those alternatives.

As for the shipments of illegal drugs from other countries, Biden’s plan calls for making fentanyl a top priority in U.S. dealings with China, and to expand cooperation with Mexico to disrupt the movement of heroin and fentanyl across the U.S.-Mexico border.