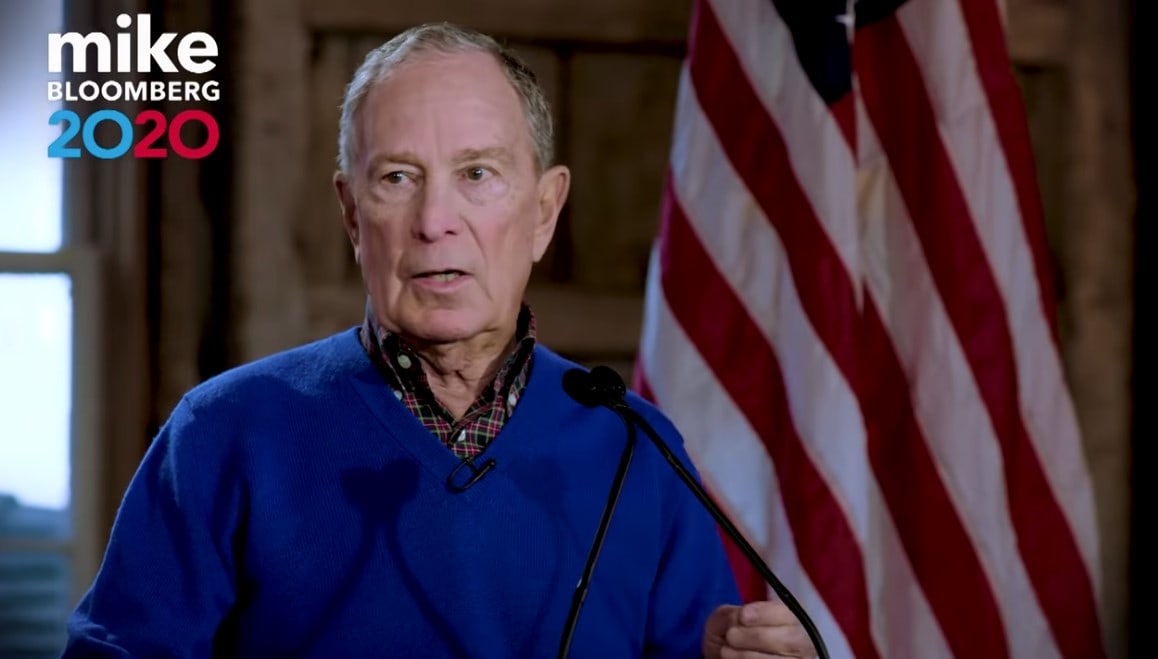 After Mike Bloomberg ended his campaign on Wednesday morning, multiple articles began popping up with a similar theme: kids around the country had seen a lot of Bloomberg ads online. Some saw so many that they could quote his policy proposals, verbatim.

So why was Bloomberg wasting resources serving ads to children?

He wasn’t. It was completely unintentional. But because of recent changes to YouTube’s political ad policy, children will end up seeing as many political ads in 2020 as most adults.

Why did kids see Bloomberg ads?

The reason behind so many children seeing Bloomberg’s digital ads has to do with how political campaigns are forced to target their advertising efforts on YouTube’s platform.

A huge amount of people fall into YouTube’s “unknown” category, including many likely-voting adults.

In an effort to reach as many voters as possible, Bloomberg’s campaign likely targeted these users, which inadvertently resulted in children learning all about Mike’s “Greenwood Initiative” in-between clips of Peppa Pig and Paw Patrol.

When Google changed their political ad policy, they did so in response to the 2016 election hacking. But the policy change was panned by many political consultants and free speech advocates as being too aggressive and ultimately ineffective at solving the underlying issues of foreign election interference.

Prior to the policy change, most ads trafficked through Google’s platforms could be microtargeted, cross referencing voter file information with third-party consumer data to identify specific voters online and serve ads just to them.

Without that granular targeting ability, ad waste on Google’s platforms become similar to cable and broadcast television: You’re reaching a lot of people, but many of them aren’t even voters.

So if Google’s targeting has become so bad, why should campaigns even waste money buying their ads?

Simple: The quality and breadth of their ad inventory makes them impossible to ignore. Nearly 35% of all digital ads are served through a Google platform.

YouTube, in particular, is one of the most powerful advertising platforms on the internet. While you might not think of it as a “social network,” YouTube has the second largest user base on the web, behind Facebook. And because many people who interact with YouTube aren’t even registered users, their reach is likely far greater than Facebook’s.

Most importantly to political campaigns, YouTube ads are really good. They’re affordable, high-impact, easy to deploy, and highly trackable. And unlike most video ads across the web, YouTube ads have less fraudulent traffic, a multi-billion dollar problem plaguing the digital advertising space.

Unless we see major reforms to Google’s political advertising policies, it’s unlikely that these issues of ad waste will be going away any time soon. In fact, as we get closer to November, the issue will likely get worse.

But given that the problem is starting to get increased national attention, its stands to reason that Google will soon intervene and find a fix. One solution would be improvements to YouTube’s content filtering.

Currently, you can prevent your ads from appearing next to adult content, but it’s more difficult to filter out content specifically meant for children. Google has been working with content providers in recent months to improve how content for kids is demarcated, but that process will take more time.

And as kids become teens, much of the content they’re consuming is unlikely to be age-specific, so the content filters become less effective.

Ultimately, targeting restrictions on platforms like YouTube make it more likely that children will see political ads. Sure, those ads are wasteful, but the overall impact of YouTube advertising makes that waste seem reasonable, just like ads on TV or radio. It’s a necessary inconvenience.

Michael Worley is the President and Founder of MDW Communications, an award-winning political marketing firm for Democratic campaigns and causes.

nextMadness or precaution? Group calls on NCAA to hold basketball tournament without fans