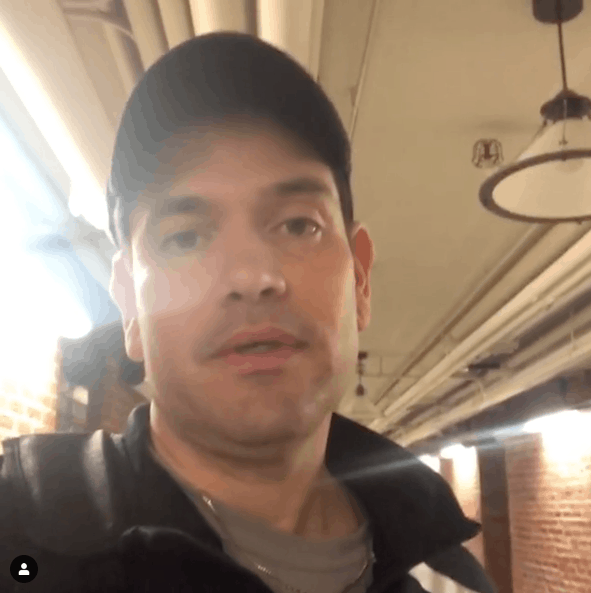 Marco Rubio has about had it with the time changes. So take up his bill already.

Sunday morning we’re all going to wake up and it’s going to be an hour later than it ought to be.

The sun’s not coming up until around 7:45 a.m., give or take a few minutes, yet still 59 minutes later than it did on Saturday. We’re going to risk oversleeping. All old-style clocks are going to need to be reset. The oven. The coffee maker. The microwave. The car. The dogs are going to be confused about their daily routines. The news shows, sporting games, TV shows, and dinner all are going to come too early. The kids are not going to feel like going to bed at normal bedtime Sunday night and then whine Monday when they haven’t gotten enough sleep because of it.

And Sen. Marco Rubio is going to be annoyed. Again.

We go through this daylight saving time change every year. That’s even though the Florida government agreed to abolish the time change in 2018 and the state’s congressional delegation, led by Rubio, has been trying to get federal approval ever since. Can we just keep our clocks where they are, year-round, please?

But Congress won’t act on Florida’s and Rubio’s request. So Florida continues its annual cycle of falling back and springing forward.

How annoyed can we expect the Senator to be? He posted a video on Instagram and on Twitter Thursday showing, in dramatic fashion, quite a bit.

I prefer Daylight Savings over Standard but in the end what I really want is to end this stupid twice a year time shift. Let’s #LockTheClock https://t.co/9jPKJjeaHi pic.twitter.com/7qSg1RYPIv

Dressed in a ball cap, T-shirt and windbreaker, and looking as if he’s figuring he’ll have to personally change every clock in the state himself, thank you very much, Rubio stares into his smartphone, rolls his eyes, and grumbles:

“So we’re about to do one of the stupidest things we do every year, and that is having to move our clock forward and move our clock back. It makes no sense. There’s no reason to keep doing it.

“It’s time to go permanent daylight saving and end this once and for all. We have a bill to do that. Let’s see if we can get it done this year. This is stupid,” the two-term Republican Senator from Miami grumbles. “I’m not looking forward to Sunday. We’re going to lose an hour of sleep. Everybody’s going to be upset. It’s just dumb. There’s no reason to keep doing it. So.”

So call your member of Congress and demand action, he urges.

On Twitter he added, “I prefer Daylight Savings over Standard but in the end what I really want is to end this stupid twice-a-year time shift. Let’s #LockTheClock.”

Rubio’s got his SB 670, the Sunshine Protection Act of 2019, which is just like the one he had introduced in the previous session of Congress. His bill actually would lock the clocks nationwide, provided each state opts in, as Florida already is trying to do. Florida’s other Republican Sen. Rick Scott, who as Governor in 2018 signed the state bill calling for year-round daylight saving time, is a co-sponsor. So are seven other Republican Senators and four Democrats, including Sen. Sheldon Whitehouse, a Rhode Island Democrat who signed on Monday.

In the House, Republican Rep. Vern Buchanan took the lead with his HR 1556, the Sunshine Protection Act of 2019. Co-sponsors include Republican Reps. Francis Rooney, Greg Steube, Bill Posey, and Michael Waltz, and Democrats Alcee Hastings and Darren Soto, plus two Republicans and three Democrats from other states.

Both bills have been referred to committees but neither has gotten a hearing; which no doubt exacerbates the annoyance Rubio expresses.

“Let’s just have daylight savings all year round, so we can have plenty of time in the evenings to go out and do whatever we want,” Rubio concludes.