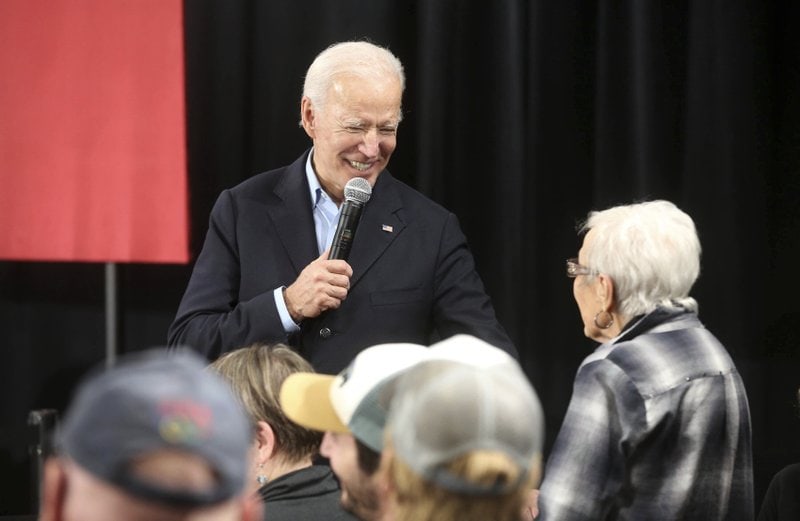 Poll included Mike Bloomberg and Elizabeth Warren, who have since dropped out.

Even before Mike Bloomberg dropped out of the race for President, voters in Florida were consolidating behind Joe Biden.

More than 61% of likely Florida voters favor Biden, according to the most recent survey by St. Pete Polls commissioned by Florida Politics (the full PDF of the poll is embedded below). That gives the former Vice President a commanding lead over Vermont Sen. Bernie Sanders at 12%.

The poll was conducted on Wednesday, the same day billionaire Mike Bloomberg dropped out of the race and a day before Massachusetts Sen. Elizabeth Warren suspended her campaign.

Both were left in the field of active candidates in the poll. Bloomberg held the support of almost 14% of likely voters while Warren showed up with 5%.

The results showed a continued decline for Bloomberg since a poor debate performance in Nevada, which followed a surge in interest in his candidacy in Florida earlier this year.

Just as Bloomberg’s rise seemed to draw voters primarily away from Biden, his decline benefited Biden in turn. The trend lines for St. Pete Polls surveys have shown those two candidates consistently leading the field since late January.

The latest results represent a 27-point bump in the polls for Biden, seemingly fueled by a solid performance on Super Tuesday.

Bloomberg saw an 11-point decline after a poor showing where he won only in American Samoa.

Sanders, meanwhile, dropped 1 point while Warren rose 1 point, all movement that falls within the poll’s 2.3% margin of error.

The poll was taken after Pete Buttigieg, Amy Klobuchar and Tom Steyer suspended their respective campaigns. All still appear on the Florida ballot, but support for those candidates dropped to 1% or less.

Buttigieg and Klobuchar have since endorsed Biden, as has Bloomberg, and the support for the candidates also flowed toward Biden while Sanders and Warren remained largely static.

More than 28% of voters surveyed had already cast their ballot, though about 20% wish they could now change their vote.

Among voters surveyed who already mailed in ballots, Biden still held a commanding lead with 53%, while Bloomberg had the votes of 20% and Sanders won 11%. Buttigieg had 5% support among those who already voted, while Warren won 3%, Klobuchar 2% and Steyer nearly 1%.

Those who would change, granted a sliver of the overall sample size, were asked hypothetically who they would vote for among the remaining field of candidates. Among that set, 78% would vote Biden, 11% Bloomberg, 4% Sanders and 2% Warren.

The poll found remarkable consistency in Biden’s support. The frontrunner held majority support from voters in every demographic regardless of age, race or gender. And his support was solid across Florida media markets.

Similar to national polling, Biden performed strongest among minority voters, winning over 68% of black voters, 69% of Asian voters and 60% of Hispanic voters compared to 58% of white voters.

But Sanders’ following among young voters nationwide doesn’t seem to translate within the Sunshine State. He wins 14% support from Florida voters ages 18 to 29, about the same level of support Bloomberg enjoyed. Biden, meanwhile, wins over that demographic with 61% support.

Here is the full poll:

nextMarco Rubio and the crusade to stop changing the time