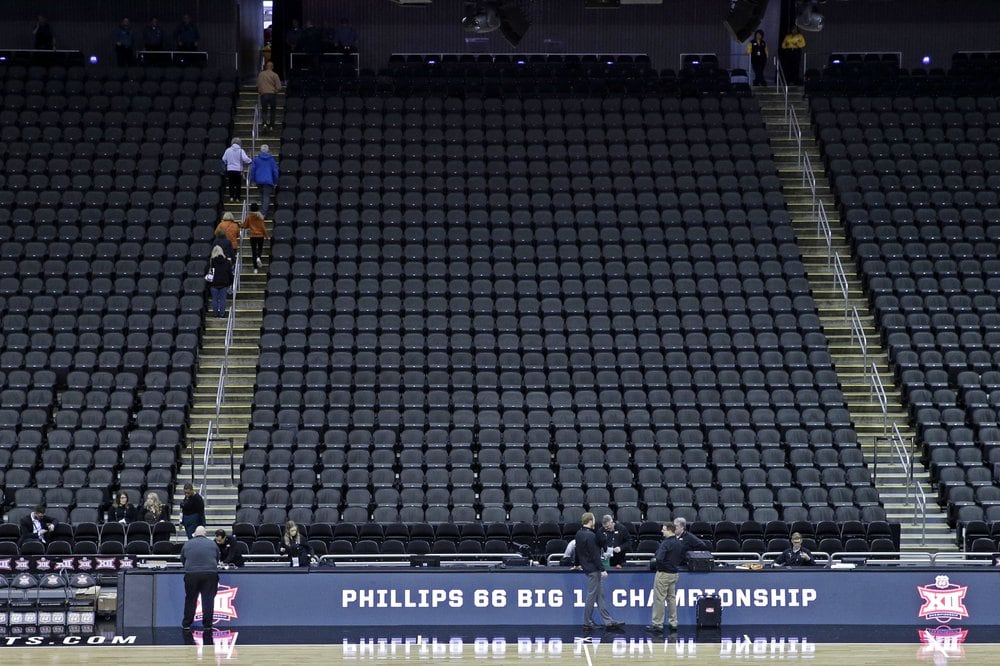 The tournament would have been a whirlwind of games.

As it became apparent the NCAA basketball tournaments could not be held over three weeks because of concerns about the coronavirus, organizers scrambled to devise a plan for a 16-team event to salvage the postseason in one long weekend.

NCAA vice president of men’s basketball Dan Gavitt told AP he started to consider ways of condensing the tournament Wednesday night after the NBA announced one of its players tested positive for the virus and the league suspended its season.

The NCAA canceled its basketball tournaments and all other remaining championship events on Thursday in response to the coronavirus pandemic. That came a day after the association had announced it planned to play the games while restricting fan access.

The next morning, Gavitt presented the idea to the men’s basketball selection committee. He said the hope was to play games starting Thursday at State Farm Arena in Atlanta. The city had been scheduled to host the Final Four at Mercedes-Benz Stadium on April 4 and 6.

The idea was to have the selection committee choose the top 16 teams in the country, regardless of conference, to participate. The first three rounds would have been played Thursday-Saturday, with a championship game Monday night. Gavitt said he believes eight or nine of the 32 Division I conferences could have been represented.

“Far from ideal. Far from perfect,” Gavitt said. “Imperfect as it may be, that was one of the only reasonable options we thought we could at least maintain some level of our tournaments.”

Gavitt said there was some hope early Thursday that a full tournament could still be played. As that faded, the idea of holding a smaller event got “mixed interest” from committee.

“There was a real concern about not being inclusive enough, with only 16 teams,” Gavitt said. “But the other thing that was in play at that point in committee members’ minds, and we saw this play out at conference tournaments, once an NBA player was infected, I think it started to really hit home for the players, from what I’ve heard from coaches by text message and anecdotally.”

The reality set in quickly that even a shortened tournament could not be pulled off without putting people at risk and the NCAA’s biggest event of the year was canceled Thursday afternoon.

NCAA President Mark Emmert said the idea of postponing the tournament indefinitely, with the hope of playing it later, also wasn’t feasible.

“The immediate logistical problems were that we had this rapidly, continuing right now, number of schools that were shutting down,” Emmert said. “We had the reality that if you start a tournament six weeks from now a bunch of our students our seniors and will have moved on. And when you looked at the projections of where the virus was going to be in six weeks it looks worse, not better.”