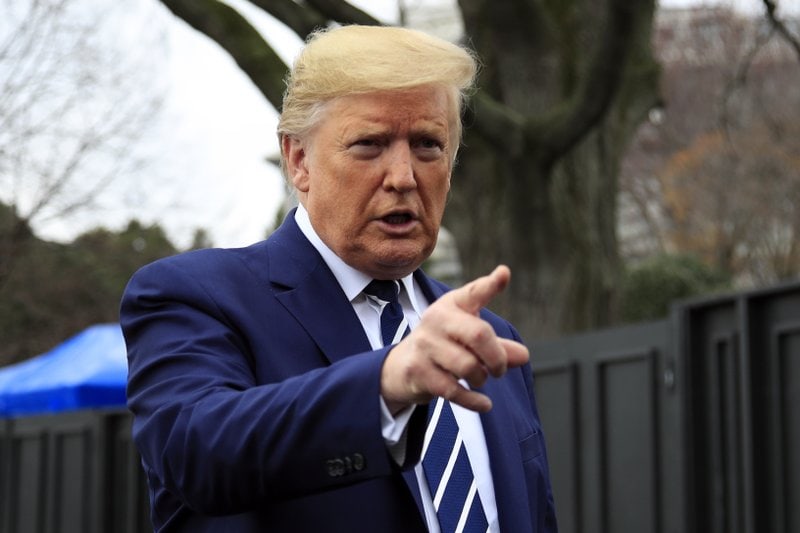 President Donald Trump ramped up the United States’ “war against the Chinese virus” Wednesday, invoking the Defense Production Act and saying the economy is on a “wartime footing.”

“In a sense, a wartime President,” was how he described himself.

His rhetoric hearkened back to World War II, calling for “shared sacrifice” against the “invisible enemy.”

“Now it’s our time, we must sacrifice together because we are all in this together…We are going to defeat the invisible enemy…and it will be a complete victory,” Trump said.

The Defense Production Act, Korean War era legislation that allowed for ramp-up against the Soviet threat, has been used over the years for a wide range of priorities that go beyond Cold War “arms race” strictures.

FEMA notes this is the “primary source of Presidential authorities to expedite and expand the supply of resources from the U.S. industrial base to support military, energy, space, and homeland security programs.”

The feds can also procure and install equipment in private factories, with an eye toward “increasing production capacity and reducing production costs for new, state-of-the-art technologies needed for military and homeland security purposes.”

The President said ventilators are among the immediate needs.

“We have targets for certain pieces of equipments, masks … we’ve ordered millions of them. Respirators … ventilators,” Trump said.

Vice President Mike Pence said the President spoke with business leaders about “supply chain” issues, and will speak to Governors today about that call.

FEMA, said the President, is “fully engaged, activated in every region.”

“They will come through,” Trump said.

Pence added that FEMA is now at Level I activation.

Meanwhile, HUD is suspending “all foreclosures and evictions through the end of April.”

And a “to be determined” payout to citizens is pending.

“Everybody seems to want to go big and get to the recovery … get rid of the unseen enemy,” the President said.

While Administration officials are hopeful that short-term social isolation will stem the tide, data from Europe suggests that young people are more susceptible to the virus than initially thought.

Media questions included the President’s use of the “Chinese virus.”

“It comes from China,” Trump said. “China tried to say it was caused by American soldiers.”

The President served up his share of word salad, including his catchphrase “nobody’s ever seen anything like this.”

Attempts to manage expectations, however, appear meaningless in the face of a need for tangible results.

previousNumber of coronavirus cases in Florida spikes by nearly 100