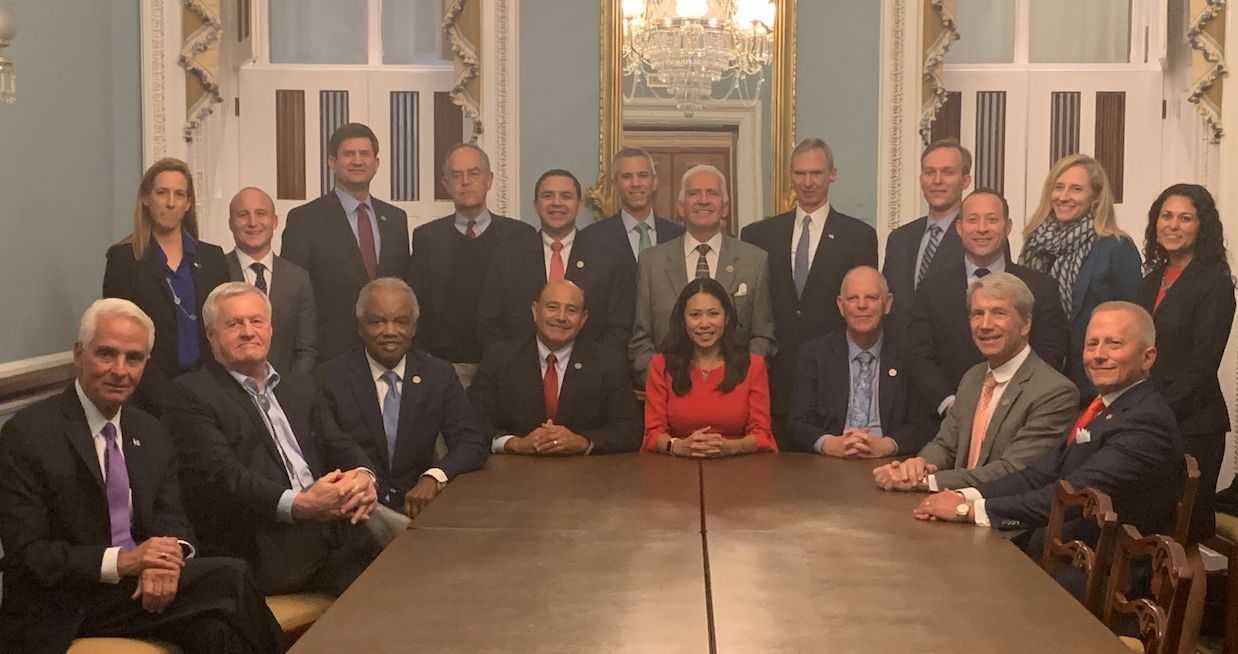 U.S. Rep. Stephanie Murphy and the mostly-moderate Blue Dog Democrats she helps lead are calling on President Donald Trump to launch a national public-service announcement campaign on the coronavirus outbreak and to spank social media companies for allowing the dissemination of false information.

The Blue Dog Coalition also wants Trump to require the Centers for Disease Control and Prevention to update data on the pandemic at least twice per day, seven days a week.

Murphy, of Winter Park, co-chair for administration of the Blue Dogs, and 18 other members including U.S. Rep. Charlie Crist of St. Petersburg wrote to Trump and Vice President Mike Pence Thursday calling for the administration to take immediate actions to combat the surging level of disinformation on the new coronavirus disease, COVID-19.

The call comes amid reports that Russia and other United States adversaries have been using social media posts to push false information into western audiences, while seeking to sew public discord, distrust, and chaos.

It also comes as Trump continues to angrily criticize reporting by mainstream media, including The Wall Street Journal and Washington Post, accusing them, as he did Thursday, of false and corrupt reporting about coronavirus. It also comes as polls show about half of Americans are not trusting what they hear from the Trump administration about the outbreak.

The Blue Dogs’ letter references only what it calls “significant level of disinformation spreading across the country.”

“First, the administration should launch a public service announcement campaign to disseminate critical information on COVID-19 to all Americans,” the Blue Dogs urge. “These announcements should be based on the best scientific information and should provide the public with information on how to minimize the risk of acquiring the illness, what steps to take if you suspect you have been exposed, and how to go about seeking medical treatment if you feel sick.”

The Blue Dogs noted that the federal government has done so before, in partnership with nonprofit organizations such as the Ad Council. They cited the federally-backed newsreel reports produced and shown in movie theaters during World War II, encouraging Americans to register for the draft, buy war bonds, and work in factories to help produce war weapons and equipment.

Second, the Blue Dogs called on the CDC to keep credible data on the outbreak updated on its website.

Third, the Blue Dogs raised strong concerns about disinformation about COVID-19 running rampant on social media platforms, and said measures should be taken to hold the companies who run the platforms, such as Facebook and Twitter, be held accountable.

“This is not a partisan issue — it is a national security issue. Social media companies have a public responsibility to ensure that fact-based announcements from public officials are easily disseminated, while misinformation is immediately flagged and removed,” the letter urged.