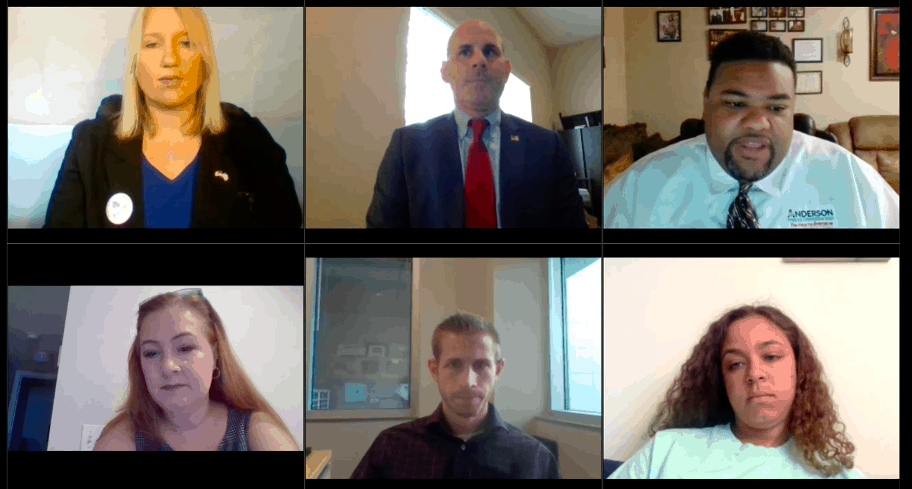 Democrats and Republicans said petition gathering and fundraising stopped amid a pandemic.

A bipartisan group of state and federal candidates want Gov. Ron DeSantis to waive or reduce the qualification fees to make the 2020 ballot.

At a press conference held an hour after the deadline for federal candidates to submit petitions, candidates said removing barriers to the ballot was essential.

“We have to work together to make sure the voices of our communities are heard,” said Michael Bluemling, Jr., a Republican running in Florida’s 21st Congressional District.

Like many candidates, Bluemling had intended to qualify by gathering upward up 5,000 valid signatures of voters. But after weeks of the Centers for Disease Control and Prevention promoting self-isolation, that proved an impossible task.

“The greater risk is to democracy,” she said. “We need to continue to have free and open elections.”

Banyai last week was the top signatory on a letter from six Democratic candidates for Congress asking for feed to be waived or the deadline for petitions extended. With the deadline passed, she now is just talking about the cost, but the number of candidates voicing support has grown in number and with a range of political views.

Manley, a Democrat in state House District 94, was one of several candidates who already thought the qualifying fee for candidates was too high in Florida. To charge it at a time when campaigns have to cancel fundraising events and cannot campaign door-to-door makes the high hurdle to candidacy similar to a “poll tax.”

For the most part, candidates stressed the need for fees to be reduced or waived was not at all a partisan or philosophical issue. Rather, state election code has always allowed a path for grassroots candidates to qualify, but that has effectively been closed by the outbreak of coronavirus in the state.

“Our volunteers are not in a position to be out in public. We cannot do speaking engagements,” said Swaffar, a Republican running in Florida’s 22nd Congressional District.

State candidates have another month when they can collect petitions, but with health officials predicting weeks of restrictions on mass gatherings, many figure it will be impossible to hit goals.

Some wanted the fee totally waived while others felt a fee in the neighborhood of $1,000 for a Congressional candidate could be attainable.

But all candidates signing the letter and participating in a video conference felt DeSantis and the Division of Elections need to act to ensure not only rich candidates with the ability to self-finance can appear on the ballot in 2020.