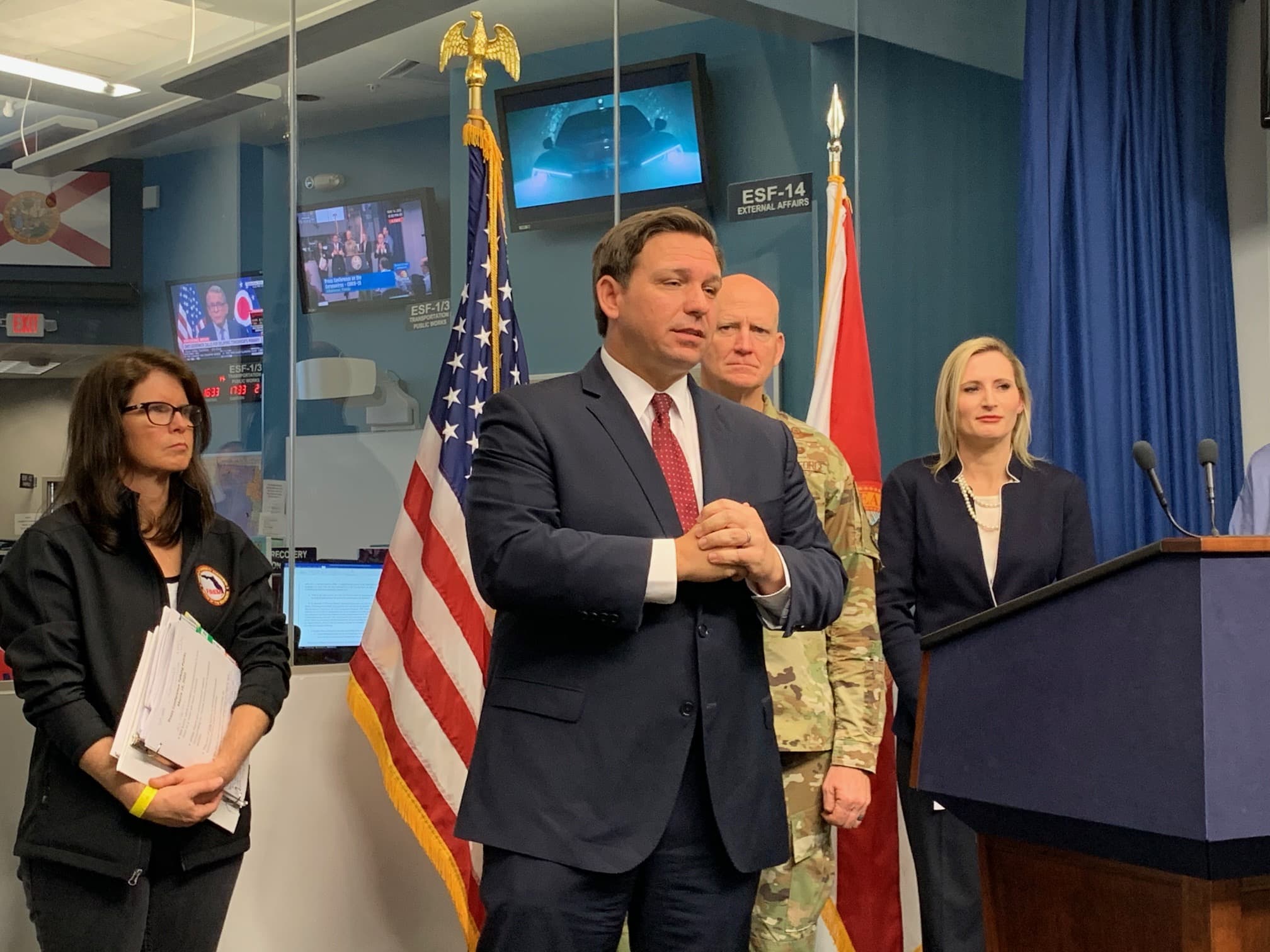 Florida's social safety net has been teetering for years, and COVID-19 was the last Jenga piece in a tower ready to fall

Confession time: I had no idea what a “jeremiad” was, but after looking up the meaning, I’d have to say my colleague nailed it. It’s a literary term that scholars say dates to the biblical prophet Jeremiah. He wrote about ancient Israel’s moral and spiritual decline.

Others say it applies today to those who forecast looming disasters if we don’t change our wicked ways.

Heck, I thought that was my job.

But no, the Governor unleashed his inner Howard Beale from the classic movie Network and became the proverbial prophet of doom. Among many other things he bemoaned the fact it is so easy to fly from New York to Florida.

Lots of New Yorkers are infected with COVID-19, and who knows how many more have exposed to the bug. Many of them are already in Florida, trying to escape New York’s infestation and restrictions. Theoretically, those already here are supposed to contact officials, tell them who they’ve met, and then self-quarantine.

Of course, that means more people here will get sick. That could disrupt more commerce and cost jobs, and that could do a number on the state’s economy.

“The unemployment numbers in the state of Florida? You know, we’d get 200, 500, a thousand a day for most of the time up until this point. Now we’re getting 15 to 20,000 unemployment claims a day,” DeSantis said.

Stop right there. The point about the New Yorkers is true, but it’s also a misdirection play from the real problem.

A better time to make that point about economic hardships our citizens face might have been in 2011. That’s when then-Gov. Rick Scott gutted Florida’s unemployment compensation system, while members of his party cheered or looked the other way.

That’s why, to borrow the Governor’s words, some people won’t be able to put food on the table. They won’t pay their rent, or their bills, or take care of their families. And that falls squarely on members of the Florida Legislature, past and present.

Lawmakers in Tallahassee set up this cheapskate system under the notion that if someone is out of a job, it’s their fault. Fixing this in the name of humanity never seemed to come up in GOP talking points.

Republicans, who have controlled Tallahassee for 20 years, could feel smug about that when the economy was roaring. But now, the tourist industry is freefalling, shops are closing, people aren’t supposed to leave their homes, and there is no bottom in sight.

Many people who work in the service industry already strain to get by in the face of low wages and sky-high rent. COVID-19 was simply the last Jenga piece in a tower that was ready to fall.

But let’s blame this on New Yorkers.

Sorry, Governor. An influx of virus-carrying people from up North certainly merits your attention, but your jeremiad didn’t tell the whole story. The broken public support system points out just how cruel this state can be to the people who it home.

We only hear two main themes out of Tallahassee on this subject.

Except now, the system could burst in the coming weeks, and Florida is not nearly ready for the consequences.

nextFlorida's unemployment claims appear to lag other states — for now