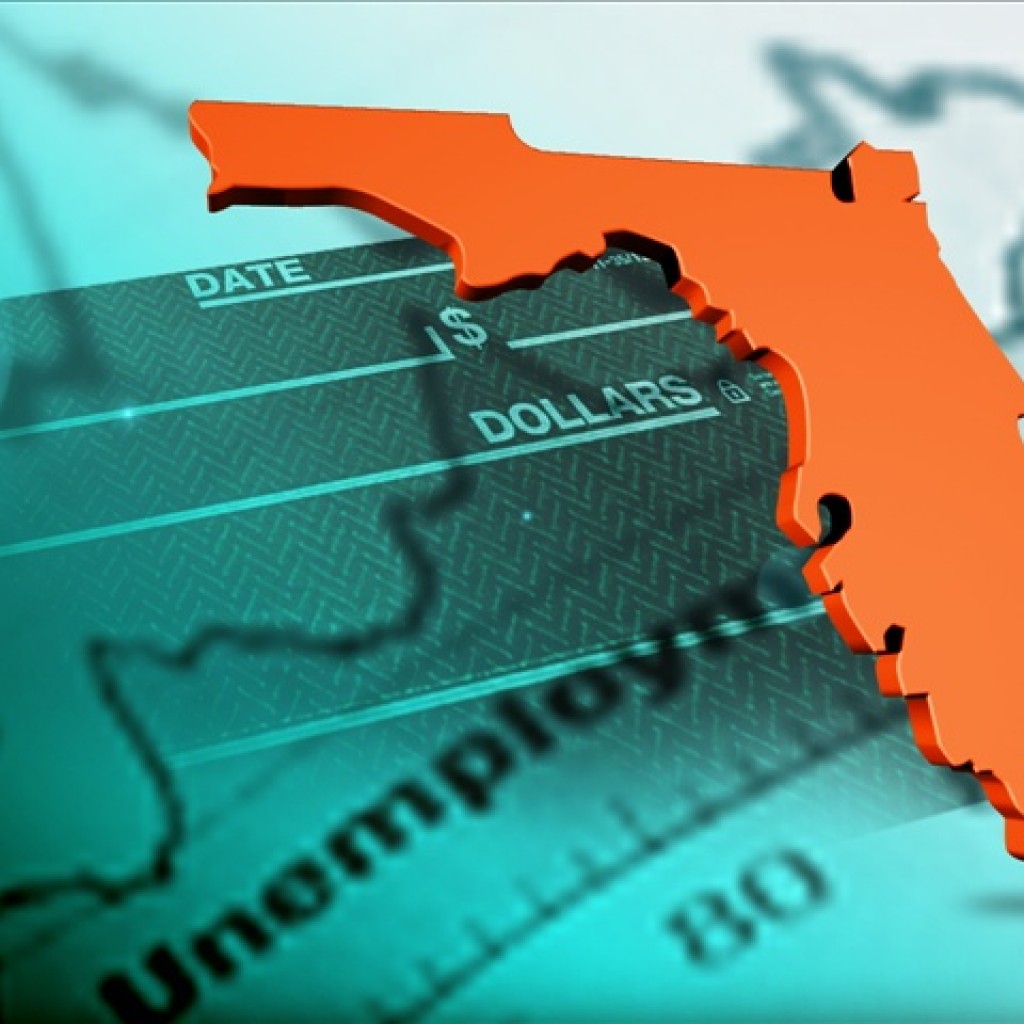 As the COVID-19 viral outbreak crashes the U.S. economy, Florida’s unemployment claims appear to be lagging the nation’s, at least by a few days.

The latest federal report shows seasonally adjusted new claims for unemployment exploding everywhere, though Florida’s numbers don’t go up as quickly as most states. At least not yet.

The latest weekly report from the U.S. Department of Labor shows an astonishing 3,283,000 American workers applied for unemployment benefits last week [through last Saturday]. That is 3,001,000 more than the previous week, and about quadruple the record number of new unemployment claims the agency has ever seen.

Florida has seen what Gov. Ron DeSantis and Department of Economic Opportunity Director Ken Lawson said are unprecedented numbers of new unemployment claims, totals that DeSantis said Wednesday were in the range of 15,000 to 20,000 per day.

Yet that rate of new claims in Florida that he cited pales compared with what many other states experienced last week, according to the new federal report. That means the Sunshine State’s worst is likely to show up in coming weeks’ reports. That is especially probable considering that Florida entered the coronavirus crisis with the nation’s third-largest workforce.

Florida’s weekly total of new unemployment claims for last week: 74,021, according to the U.S. Department of Labor.

Just this current week’s national total of new claims is likely to set another federal record, as Florida was not the only state appearing to lag others. Some of the states hardest hit by the coronavirus pandemic, New York, Illinois, Louisiana, and Michigan, also saw far fewer new claims than quite a few other states.

DeSantis said on Tuesday that 21,000 Floridians had filed claims on Monday alone, according to the Tampa Bay Times. Others were unable to apply as problems with the website kicked some applicants out or locked their claims.

Further, the state Department of Economic Opportunity has been fielding eight times the amount of calls it usually receives, surging from 28,000 to nearly 225,000.