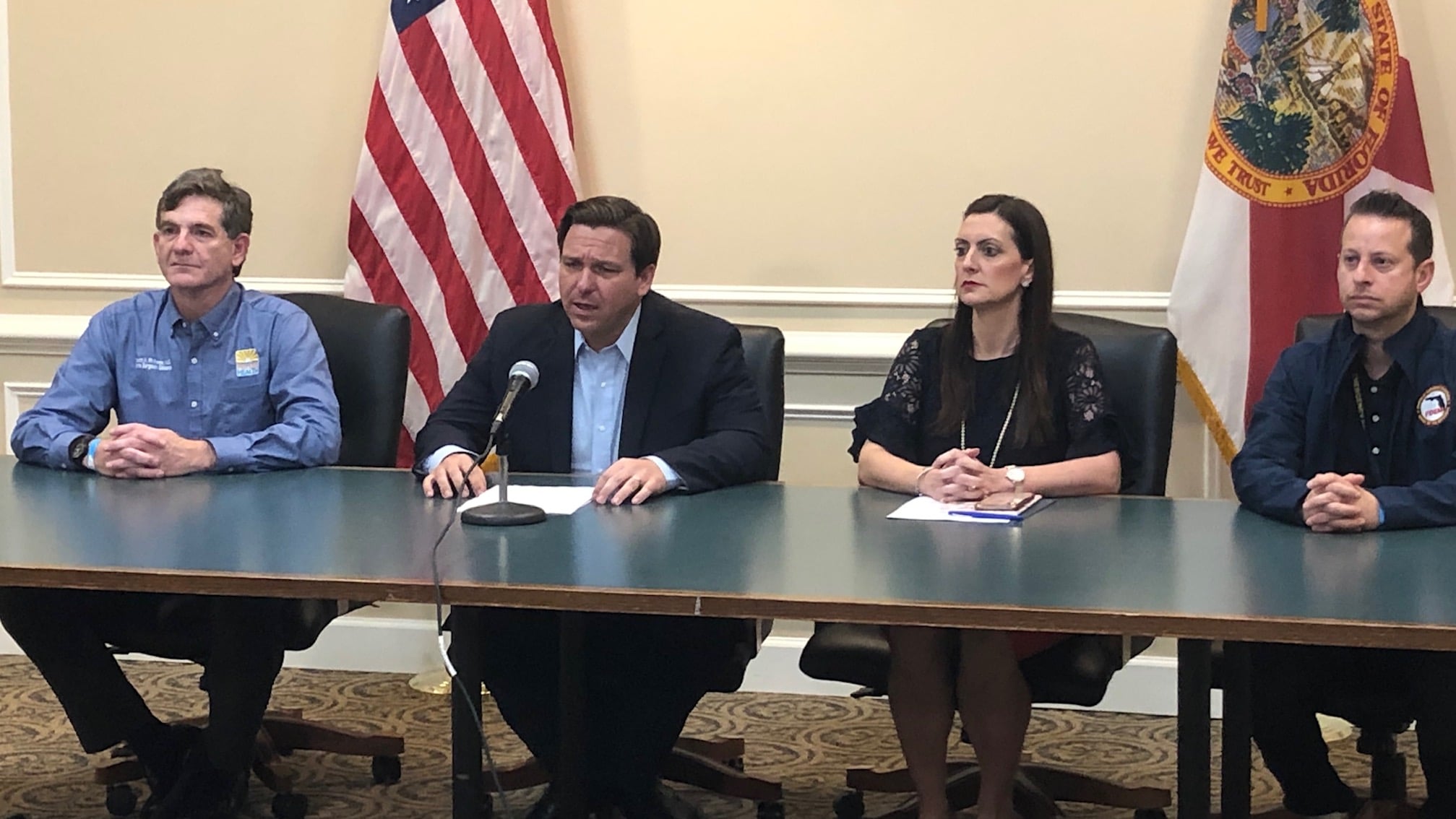 Sneezing and coughing in plane cabins could leave other travelers and Floridians out to dry.

Gov. Ron DeSantis suggested airlines should do their part to vet plane passengers who contacted a known coronavirus case or would otherwise be a red flag.

During a Saturday press conference, the Governor noted New Yorkers are under an isolation order. But New York City-area flights still traverse the country, undermining states’ efforts to control the spread of the novel coronavirus.

Airlines, he said, should make sure travelers are safe to get on planes and even turn some away.

“You’ll have folks here say, you know, you can’t go to a state park because you may transmit COVID-19, but you can have some super spreader on one of these planes sneezing and coughing for two hours and then just get off and that’s fine,” DeSantis said. “What about the other passengers? It’s just absolutely ridiculous that that would be going on.”

“New York Post will have things where they’re packed like sardines on there,” DeSantis said. “And look, it’s their city, they do what they want, but the fact of the matter is some of those people on that subway may end up getting on these flights and coming down, so they’ve had very close contact with some folks.”

Still, he acknowledged New York City hospital workers, New York Gov. Andrew Cuomo and the state’s agencies are working hard and said he was rooting for their success.

This week, the DeSantis ordered people who visited New York, New Jersey and Connecticut in the last three weeks and going forward to self-isolate for 14 days. On Friday, he added Louisiana to that order and said Saturday that he was also rooting for New Orleanians.

On Saturday, the Governor said his travel restrictions have already borne results. The day before, he noted 3,400 passengers have been screened and the number of flights entering the state have dropped.

Floridians have sacrificed jobs, store hours and vacations in the state’s effort to lower the coronavirus infection curve, DeSantis said. Out-of-state travelers flouting their stay-at-home orders are importing the virus while the state is already battling its own COVID-19 outbreak.

“How is it fair to them to just be airdropping in people from the hot zones, bringing infections with them and seeding the communities with new infections that they’re trying to stamp out. It’s not fair for the people of Florida to do it,” DeSantis said.

One traveler from New York City to Jacksonville had tested positive for COVID-19 but thought they were feeling better. That person was intercepted and diverted to a hospital.

Governors do not have the authority to stop flights but can place regulations at airports.

The Florida National Guard is already screening disembarking plane passengers in major airports. But DeSantis hopes smaller airports can do their part to know where passengers are coming from and to divert travelers for self-isolation.

Friday’s Louisiana executive order also allows the Florida Highway Patrol and local law enforcement to set up checkpoints to stop people leaving hotspots by car. One checkpoint is already active on the Alabama border on Interstate 10 and the Governor hopes additional checkpoints go up, including along Interstate 95 to catch New York City-area travelers.

All drivers go through the check point, but people with license plates from the restricted areas are diverted for screening and informed about self-isolating.

nextOff to the cafe: Sweden is outlier in virus restrictions