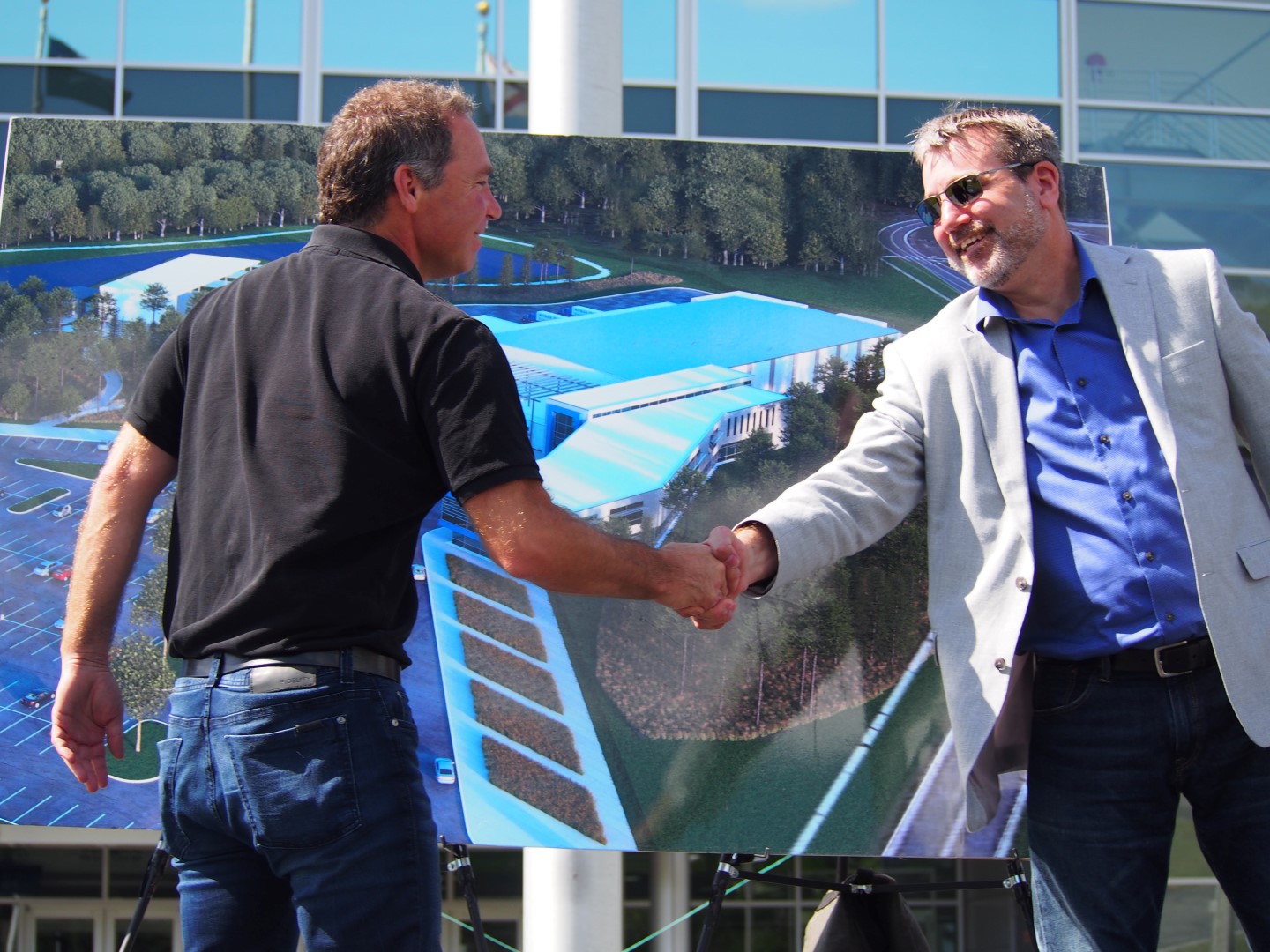 Greg Wyler and Brian Holz announce a deal for a OneWeb satellite factory in Brevard County.

OneWeb, one of the parent companies of Florida’s Space Coast’s satellite manufacturer OneWeb Satellites, has filed for bankruptcy, citing coronavirus as a main cause.

OneWeb announced Friday it has voluntarily filed for relief under Chapter 11 of the bankruptcy code in the U.S. Bankruptcy Court for the Southern District of New York. The company stated in a news release that the COVID-19 crisis essentially dried up financing at a critical moment for its plans.

The company also stated that it intends to use the bankruptcy proceedings to pursue a sale of its business in order to maximize the value of the company.

“This is a difficult and challenging time for many companies and industries. We are disappointed and saddened that OneWeb was forced to seek Chapter 11 bankruptcy protection. Currently, OneWeb Satellites is maintaining limited operations in Florida due to the COVID-19 situation and working closely with Airbus, which owns 50% of OneWeb Satellites, and OneWeb itself on securing the future. We stand behind our OneWeb teammates and family as they go through this difficult period,” read a statement put out by OneWeb Satellites.

OneWeb Satellites had built its $300 million manufacturing plant in 2017 at the Space Florida-owned a business park just outside the gates of Kennedy Space Center, with plans to construct thousands of communications satellites there. The plant construction deal, which featured the company’s pledge for 250 high-paying jobs, was backed by a $17.5 million state incentives package. The factory became one of the cornerstones of Exploration Park and the state’s ambitions for a commercial space industry that goes beyond just rocket launches.

The parent company OneWeb stated in a news release Friday that it already has produced and launched 74 satellites, and that it has established half of the 44 ground stations it intended to develop to create a global, high-speed internet system.

However, the company stated in the release that “since the beginning of the year, OneWeb had been engaged in advanced negotiations regarding investment that would fully fund the company through its deployment and commercial launch. While the company was close to obtaining financing, the process did not progress because of the financial impact and market turbulence related to the spread of COVID-19.”

“OneWeb has been building a truly global communications network to provide high-speed low latency broadband everywhere. Our current situation is a consequence of the economic impact of the COVID-19 crisis,” Adrian Steckel, Chief Executive Officer of OneWeb, stated in the release. “We remain convinced of the social and economic value of our mission to connect everyone everywhere. Today is a difficult day for us at OneWeb. So many people have dedicated so much energy, effort, and passion to this company and our mission. Our hope is that this process will allow us to carve a path forward that leads to the completion of our mission, building on the years of effort and the billions of invested capital. It is with a very heavy heart that we have been forced to reduce our workforce and enter the Chapter 11 process while the company’s remaining employees are focused on responsibly managing our nascent constellation and working with the court and investors.”