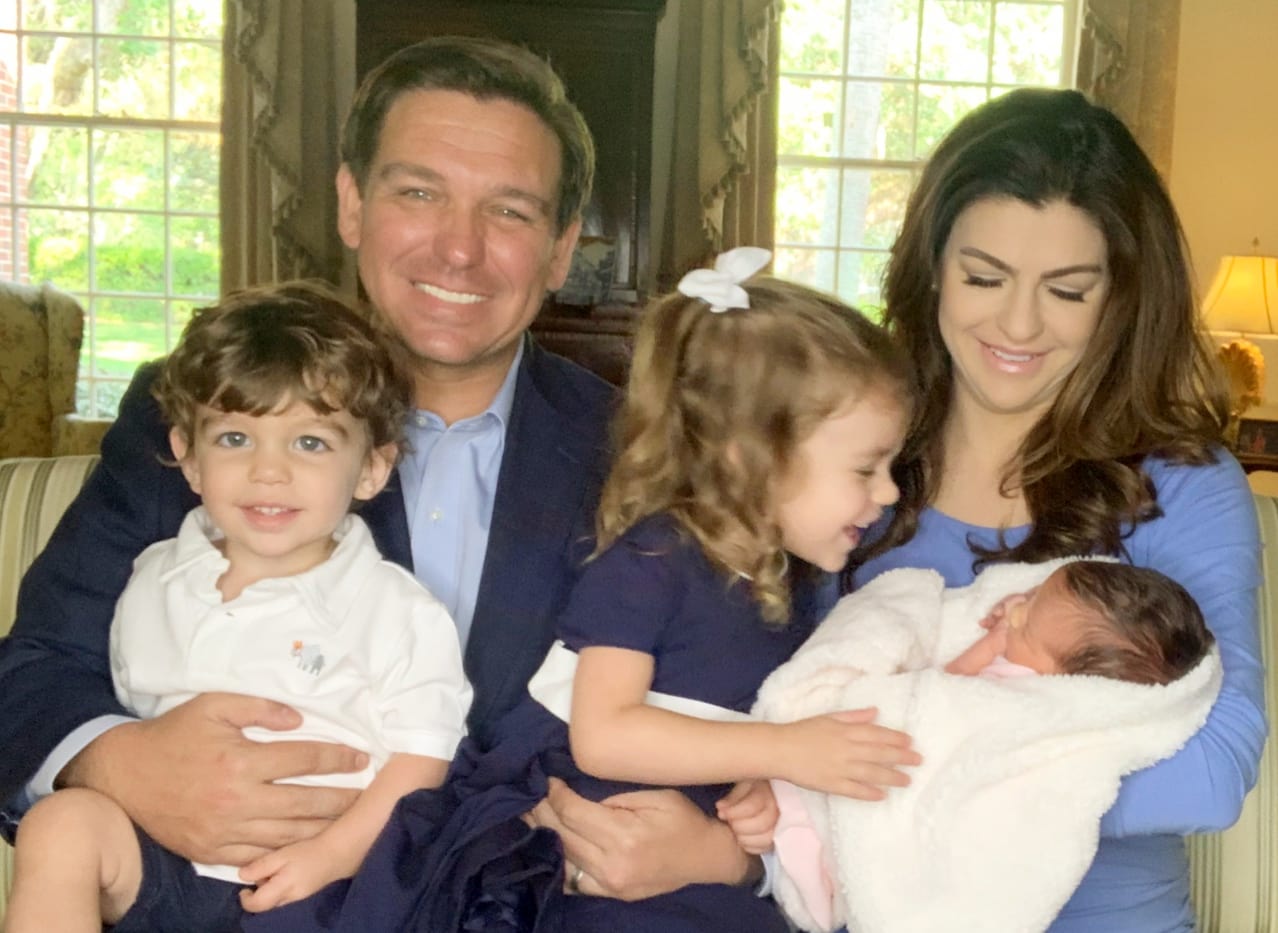 “Ron and I are beyond blessed to welcome our new baby girl, Mamie, to the world,” Casey DeSantis tweeted.

“At 7 lbs. 4 oz she was the smallest of the bunch, but she is already holding her own. Madison and Mason are so excited for their new baby sister!”

Shortly after Casey DeSantis’ announcement, Ron DeSantis followed up with his own tweet.

“Counting our blessings,” he posted. “Casey and the kids are doing great.”

The DeSantises in September announced the First Lady was pregnant.

Fortunately, Mamie will go home to an already baby-proofed Governor’s Mansion. That’s because, after Ron DeSantis’ election in 2018, the First Family became the first since the 1970s to have young children when they moved into the mansion.

The couple moved in with two children under the age of 2 after Mason’s birth while his father was campaigning for the Republican nomination for Governor.

Now the couple has three children under the age of 4, and historians have all the more reason to stay on guard with artifacts.

Mamie also was born in the midst of a global pandemic, with her father frequently holding twice-a-day news conferences on the public health crisis. The Governor conspicuously did not hold a press conference on Thursday evening, and the Miami Herald said their sources point to that at the likely date of Mamie’s birth.

DeSantis last week noted his expectant wife was staying safe and isolated from health risks; the First Lady has been made numerous appearances in the past two years related to policy priorities. Her last public appearance was on March 5, the Tallahassee Democrat reports.

The pandemic had a direct impact on the DeSantis family experience delivering the child. The Governor told the Associated Press that while he was in the delivery room for the birth of his oldest two children, he was not there for the new baby. He was in the hospital, but challenges facing the health care industry affected his ability to be present.

“It’s surreal being in a hospital during this time. I did not go into the delivery room because I didn’t want to burn PPE [personal protective equipment],” he said. “It was kind of a sad thing, but my wife and I both felt that was the right thing to do.”

The Governor also revealed important if broad information about his youngest child. “This one is really, really, cute,” he said.

She’s also sleeping really well, thanks to a pricey bassinet equipped with sensors and microphones that monitors when the baby gets fussy and makes adjustments to soothe her.

“She didn’t make a peep all night,” he said.

Ron DeSantis is the first Florida Governor to have a child while serving in office since Gov. Claude Kirk, whose daughter Claudia was born in 1968. Kirk had another child, son Erik, before leaving office in 1971.

previousUrgent question from small businesses: When will aid arrive?