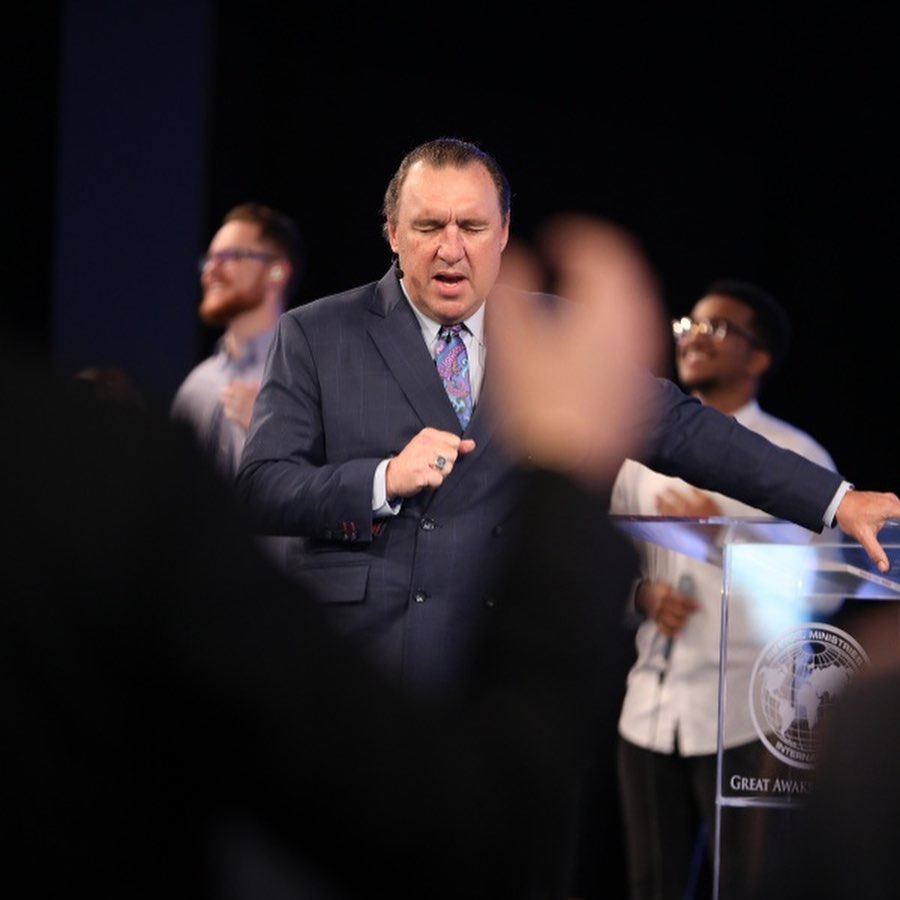 What's to stop him from doing it again?

River of Tampa Bay church Pastor Rodney Howard-Browne turned himself in Monday after Hillsborough County Sheriff Chad Chronister and State Attorney Andrew Warren issued a warrant for his arrest for violating orders to limit gatherings to fewer than 10 people.

Now Howard-Browne is out on bail, meaning he could turn around and host in-person church services again this Sunday.

So what happens next?

“We’re working on plans for Sunday if he has another gathering,” Chronister said, noting those plans were likely to come together in the next day or two.

“We’re not going to turn a blind eye to it.”

Some possible remedies include road blocks to keep parishioners from attending church services, should Howard-Browne attempt to hold them. Chronister’s office estimated 400-500 people attended the morning service at Howard-Browne’s church last weekend. The office was still working on tallying an estimate for the evening service.

That means hundreds, potentially nearly 1,000 individuals, gathered in the church only to leave and potentially interact with the broader community, putting public safety at risk.

Chronister said shutting the church down entirely was also an option, though o decisions had been made on that front.

Howard-Browne ad his church have argued the church’s gatherings are protected under the First Amendment, even during a public health emergency. But officials point to both state and local orders limiting gatherings, penned under official states of emergency that give governing officials broader authority to legislate.

That possibility could serve as a major deterrent as Howard-Browne would face additional criminal charges.

Warren expects his office to have Howard-Browne’s official charges filed in the coming days, however he said a court date will be far off.

“His court date won’t be scheduled until court is back up and running,” Warren said.

While the courts aren’t technically closed, they are working on limited dockets to reduce social interactions. That means most misdemeanor court dates are being deferred until after COVID-19-related restrictions are lifted. That could be weeks, or even months.

But that could change if Howard-Browne were to reoffend while he’s out on bail.

“If he were to commit any other crime and is arrested again, then he would likely be held without bond, which is standard when someone is arrested while on release,” Warren said.

It’s possible under that scenario, which is entirely hypothetical, that Howard-Browne would then receive an expedited hearing as the Hillsborough County Sheriff’s office tries to limit the number of inmates in its jail.

The level of offense and time in jail it would be likely to incur would also likely to be taken into consideration.

“We’re making sure people aren’t being held for a disproportionate amount of time relative to their crime,” Warren said.

“If someone is convicted and the punishment is 20 days, why would we keep them in jail for longer than that just because our system is shut down?” Warren continued.

Still, both officials remain optimistic that Howard-Browne and his attorneys will come around. They have been in constant communication explaining the reasoning for keeping gatherings limited and have suggested alternative ways parishioners can still practice their faith.

Chronister noted that River of Tampa Bay is a particularly wealthy church. The church already streams its services online and pays to televise them.

“I’m a man of faith myself. We’re not telling anyone they can’t practice that. You just have to do it safely,” Chronister said.

Still, the Republican Sheriff is getting some pushback for his decision to issue an arrest warrant for Howard-Browne.

“I totally disagree with arresting this pastor. Our government have now gone over the line to infringe on our Rights,” she wrote. “This Republic will not stand if our Rights can be so easily trampled. The church’s parishioners chose to go where they wanted, and the pastor offered those who wanted healing a place to go and a message to receive.”

The Hillsborough County Republican Party similarly weighed in on Facebook.

“So Hillsborough Sheriff Chronister wants to ARREST a Church Pastor but let criminals OUT of jail,” the group wrote, referencing Chronister’s decision to release some inmates with non-violent misdemeanor charges.

Chronister defended his move as necessary to protect the public health and safety of the public and he pushed back on the criticism.

“I bet these people would feel differently if they could ever link it back to someone at this church and then they bumped into them at the grocery store or something,” Chronister said.

previousDuval County has 207 cases of coronavirus