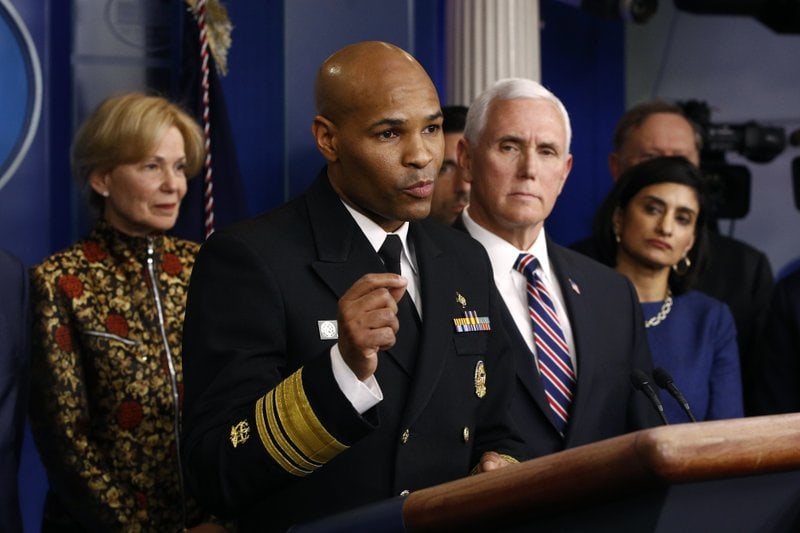 Governor awaits federal direction. It might not be coming.

However, he also made it clear that federal intent was that people stay at home, to flatten the fearsome curve of coronavirus transmissions.

“My advice to America would be that these guidelines are a national ‘stay at home’ order,” Adams said, referring to guidance from President Donald Trump that Americans undertake an additional 30 days of social distancing.

“They’re guidelines that say ‘look, the more we socially distance, the more we stay at home, the less spread of the disease there will be’,” Adams added.

When asked if there was “any good reason for a Governor not to have a statewide stay at home order right now,” Adams continued to dance around a direct answer.

“Governors have tough choices to make,” Adams said. “They have to decide whether or not they feel like their citizens will listen to them without a stay at home order.”

Adams’ parsing of language parts with guidance from his predecessor, Barack Obama SG Dr. Vivek Murthy, who said one should have been issued “weeks ago.”

However, it is of a piece with the rest of the Trump Administration.

Trump has refused a national stay at home order.

“There are some parts of the country that are in far deeper trouble than others,” he said Tuesday. “There are other parts that, frankly, are not in trouble at all.”

DeSantis has punted on such an order, saying federal guidance via the Trump Administration’s Coronavirus Task Force would sway him.

“I’m in contact with them, and, basically, I’ve said, ‘Are you guys recommending this?’” DeSantis said at a press conference Tuesday, referring to the White House’s COVID-19 task force. “The task force has not recommended that to me. Obviously, if they do, that is something that would carry a lot of weight with me.”

DeSantis, who has issued various other orders restricting movement and commerce, has yet to see the curve flatten.

State health officials confirmed more than 1,000 cases of the novel coronavirus and 14 deaths Tuesday, making it the deadliest day for the outbreak in Florida so far.

The day’s new cases make up 15% of the now 6,741 cases in the state, including 251 positive non-Florida residents isolated in the state. And today’s reported fatalities make up 16% of the state’s now 85 deaths.

Additional completed tests only made up 12% of new testing. At least 63,400 people have been tested and 1,261 are awaiting results.

There were also 142 new hospitalizations reported Tuesday, up to 857. The state had 25,092 beds available, including 2,345 adult intensive care unit beds, as of a Tuesday morning report.

More patients may be coming, meanwhile, via cruise ship.

Trump said Tuesday he would speak to the Governor about the fate of two cruise ships carrying passengers sick with the coronavirus that are hoping to offload passengers in the state.

“They’re dying on the ship,” Trump said, adding, “I’m going to do what’s right. Not only for us, but for humanity.”

DeSantis’ position, meanwhile, is “that they need to get medical care out on the ship.”

While Florida has available beds, the Governor preferred (on Tuesday, at least) that doctors go to the ships.

previousSunburn — The morning read of what’s hot in Florida politics — 4.1.20