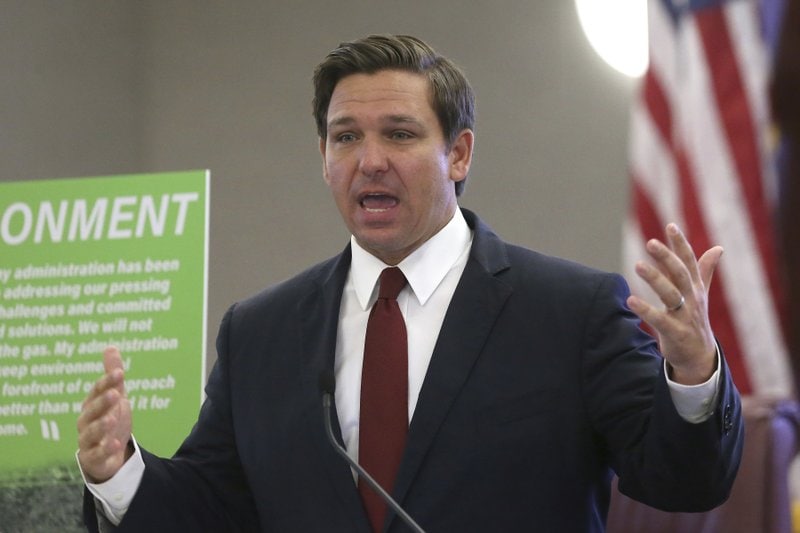 The ship is less than one day away from Port Everglades.

As for foreign nationals and residents of other states? Their fate remains unclear as the ship is less than one day away from Port Everglades.

“Clearly we’re going to be willing to accept any Floridians who are on board,” DeSantis said Wednesday.

“My understanding is that most of the passengers are foreign nationals. I think that they’re working on ways to deal with that.”

The Broward County Commission held a meeting on the issue Tuesday. Members of a unified command group overseeing the port — including Coast Guard Captain Jo-ann Burdain and Broward Sheriff Gregory Tony — testified at that meeting.

But the command groups has not yet finalized a plan to deal with those passengers, which leaves the ship’s status in flux.

“We are looking for consent among the unified command,” Burdain told the commission.

Without a plan in place, the Broward County Commission did not vote on the issue at their Tuesday meeting. The commissioners floated a potential special meeting to decide on how to proceed as the unified command continues to review the situation.

DeSantis Wednesday said his desire is that Floridians would be allowed off the ship. Republican U.S. Rep. Vern Buchanan says he’s been informed 49 Floridians were on board. He voiced support for the Governor’s Wednesday comments.

“We don’t leave our people stranded in the ocean without access to proper care and treatment,” Buchanan said.

But there remain hundreds of passengers both from other states and other countries, such as Britain, Ireland, Canada and Australia. At Wednesday’s news conference, DeSantis reiterated a worry that those non-Florida residents could sap much-needed resources should they be treated off the ship.

“My concern is simply that we have worked so hard to make sure we have adequate hospital space in the event of a COVID-19 surge that we wouldn’t want those valuable beds to be taken because of the cruise ship,” DeSantis said.

“But I think that they’re working to a solution on that. I did speak with the President this morning about it. I think he would like to see a solution and I think the administration has seen a lot of the cruise ships take up a lot of resources. And so we just want to get to a point where the resources can be used for the folks here, particularly in Southern Florida where we have most of our problems with COVID-19 and not divert those elsewhere.”

That repeats calls from the Governor Monday, where he floated treating the passengers on the ship instead of offloading them into the community.

At Tuesday’s commission meeting, a representative from Carnival — of which Holland America is a subsidiary — said his company was working to send foreign nationals and residents of other states out of the area on charter flights once they are removed from the ship.

Those passengers that are ill would be treated on the ship, except for a pair of individuals that require immediate hospital attention. But that proposal has still not been approved.