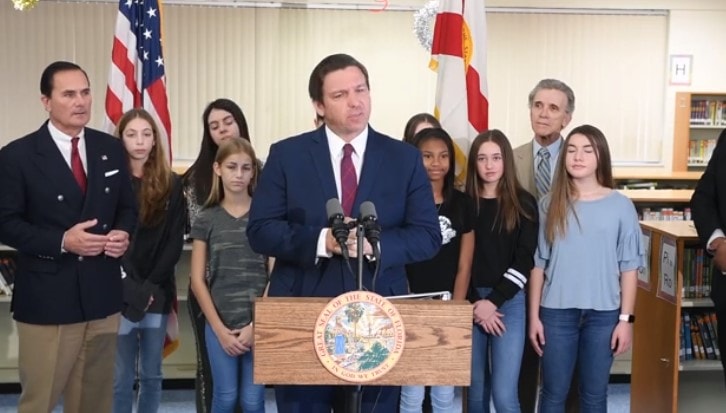 Can the Governor fix the system?

With jobless claims continuing to pile up in Florida and beyond, Gov. Ron DeSantis‘ administration faces grave challenges in the coronaeconomy.

The latest troubling report comes from from Daytona’s WESH. The station reported Friday that just 2% of calls to a state-contracted unemployment call center are actually answered.

The center, run by the Fanuiel company on a $17 million emergency contract, received 864,000 calls last week. Just 9,000 of them were actually answered, the station reports.

Many of the 250 workers are being trained up.

The report comes at a time when the DeSantis administration is dealing with a reckoning about the unemployment claims system amidst a host of other coronavirus concerns.

Reports of day-long waits on hold and fruitless attempts to log on to the system have become commonplace.

In hopes of resolving these issues, the Governor directed “all executive agency heads, in consultation with the Department of Management Services (“DMS”), to identify and deploy executive agency personnel to assist DEO with their reemployment assistance efforts, including call center operations and other citizen services.”

Among the new old-style innovations: paper applications, a retro move intended to ease the burden on telephonic and internet applications.

One lawmaker, Sen. Joe Gruters, is furious that $77 million in federal taxpayer funding has been spent on what’s essentially a broken down website. That figure is $14 million more than originally estimated.

Gruters does not assign blame to lawmakers or Gov. Rick Scott, whose administration oversaw the website.

He contends that the vendor is to blame for the “boondoggle.”

While the previous Governor is off the hook in Gruters’ calculus, POLITICO Florida notes that sources close to the current Governor lay the blame for the failures of the unemployment claims system at the feet of his predecessor.

“It’s a sh– sandwich, and it was designed that way by Scott,” said one DeSantis advisor to the online outlet.

“It wasn’t about saving money. It was about making it harder for people to get benefits or keep benefits so that the unemployment numbers were low to give the governor something to brag about,” the advisor added.

Those concerns notwithstanding, Gov. DeSantis took little in the way of quantifiable action to address systemic failures during most of his 16 month term, preferring to message on hot-button issues like E-Verify this year and banning sanctuary cities in 2019.

Those issues heated up the base then. But now members of that base, and everyone else, face an uncertain economic future … and wonder when or if they will be able to apply for unemployment.

Currently, applicants are entitled to twelve weeks of unemployment, with benefits capped at $275 per week.

Federal stimulus legislation confers another $600 weekly benefit, despite Republicans (including Scott) arguing that the benefits were too lavish and would disincentivize job seekers looking for work.