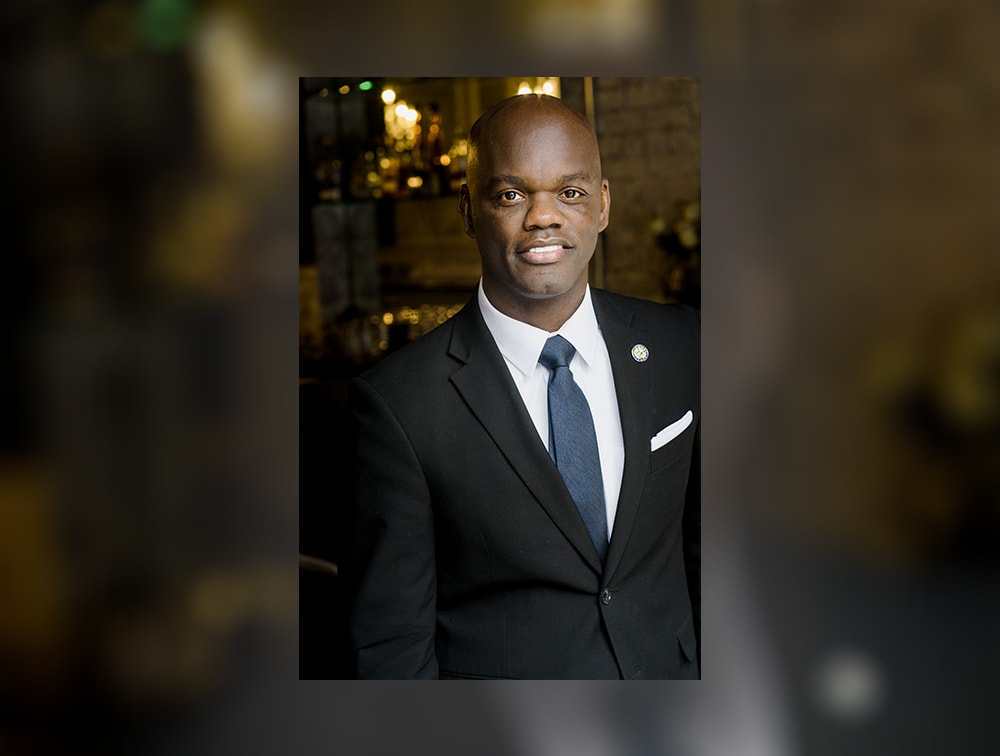 “I learned from my elders about politics, economics, and the health of a community."

In this series, which originally appeared in INFLUENCE Magazine, you’ll hear about highlights and challenges, how they pursued politics and where they’re headed now. You’ll also get a glimpse of the state as the coronavirus was kicking into a higher gear. The pandemic tests safety standards and hurts the economy, and ideas about how to handle it differ sharply.

The chat with the guidance counselor had gone well. Young Kionne McGhee, a student at Miami-Dade Community College, had ridden a Greyhound bus to Washington. He wanted to transfer to Howard University. But first, he would have to show that his ability and the dismal scores that claimed to measure it were light-years apart.

McGhee had grown up in a kind of emotional isolation, the eldest of six children raised in the South Miami projects. His mother picked vegetables; his father was not around.

He had not responded to school, at least not in a way that told his teachers what he was thinking. They measured his IQ at 78 and placed him in special education classes, where he would remain through the 12th grade.

But as a teenager, something McGhee calls a small voice started talking to him, nudging him to believe.

Setbacks came. A car crash at 16 preceded rough questioning at the hospital, when a state trooper threw him from his bed to the floor, all because he had “resisted” signing a citation for speeding. They charged the boy with assault on a law enforcement officer.

A few years later, he was sitting across from the counselor at Howard with an important question to answer. He answered with the speech of his life.

“I said, ‘You don’t have to look far,’” the boy replied, then he ticked off a list of challenges he had already overcome. “I had every reason to quit. I sat in a jail cell. I’ve lost family members to homicide. I grew up on welfare. I watched my mom raise five, six kids by herself. I had an IQ of 78. They told me I was dyslexic; that I had a speech impediment.”

Many would have quit, but he never had. So maybe he had what it takes to be a successful Howard graduate, to go out and change the world.

“Three weeks later, I got my acceptance letter,” said McGhee, who detailed his remarkable journey in an autobiography, “Conquering Hope: The Life You Were Destined to Live.” This amazing story fuses self-help and spirituality, retracing his own road to confidence and fulfillment.

After Howard, McGhee earned a law degree at Thurgood Marshall School of Law at Texas Southern University in Houston. He worked as an assistant state attorney in Miami-Dade before founding his own firm. He lost a House race narrowly in 2010 but returned in 2012 to run for the newly created 118th district. This time he won, besting his next-closest opponent by 45 percentage points.

If there is a pattern to the bills he has sponsored, it is the frequent appearance of an easily overlooked beneficiary: children of inmates, children in crisis, children needing mental health help, battered wives, the elderly in long-term care, teacher’s aides or greyhounds formerly used for racing.

His real political education came from the Naranja Political Party of Common Sense, neighborhood gatherings redolent with conch fritters and fried fish, chicken and hot dogs, with adults of all ages and children playing dominos or cards, enjoying drinks and snacks to Marvin Gaye, Sam Cook, Otis Redding and other favorites.

“I learned from my elders about politics, economics, and the health of a community,” he wrote.

Membership in the “party,” loosely named after the housing complex, was open to “everybody who wanted to make a difference.” The elders got their heads together to solve problems in the neighborhood, and grilled visiting politicians on what they planned to do and took their answers with a grain of salt.

McGhee voraciously consumes audiobooks. He routinely gets up at 4 a.m. to start one and then spends hours more before bed to finish it. He has gone through at least 250 books that way and has set a goal of at least 13 more during the coronavirus-related shutdown.

Recommendations of late include “Team of Rivals” by Doris Kearns Goodwin; “Atomic Habits” by James Clear; and “Becoming” by Michelle Obama.

His mother remains his greatest inspiration.

“She taught me that everyone has the capacity to become a leader,” McGhee wrote in his autobiography. “She is my hero because she believed in me first — before I was ever able to believe in myself.”

previousHere's the latest edition of INFLUENCE Magazine; it's the best we could do