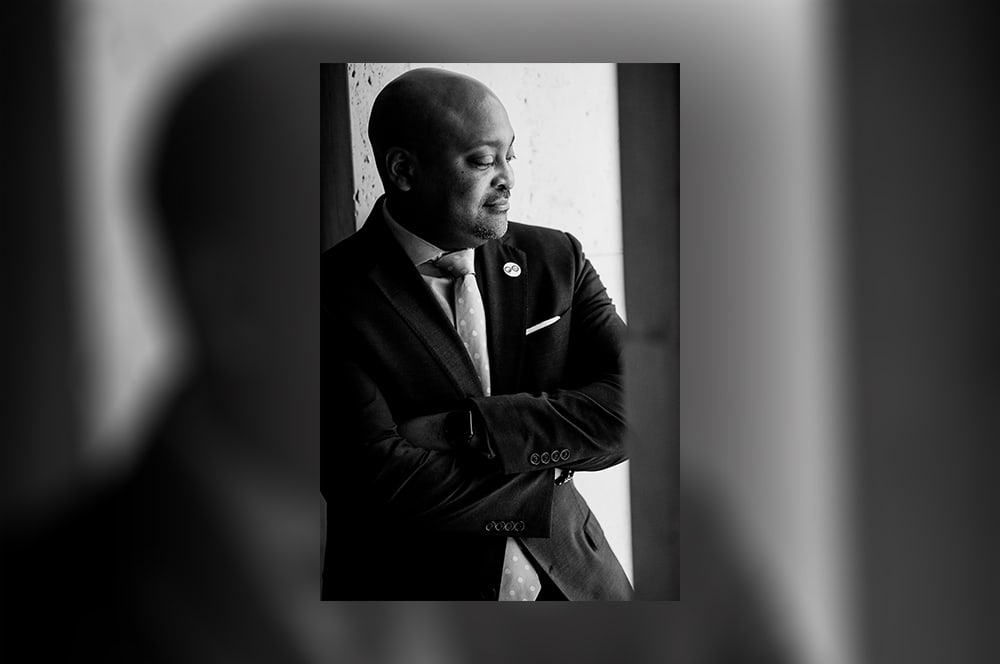 As the graph of a pandemic curved more vertically than to the right, Miami Gardens was on the front end of getting the message.

Traffic was thinning out. Fewer people were visible outside. The stay-inside order from Gov. Ron DeSantis, over which he had taken heat for waiting that long, was still a week away.

Sen. Oscar Braynon, who grew up here, was preparing a food drive on Friday with three other Legislators. On Saturday, they would load milk, chicken, canned goods, and fresh vegetables into the trunks of cars. Farm Share, a nonprofit, supplied the groceries.

Older people and those with diabetes or lung disease were worried.

“We have people with compromised immune systems who are afraid to leave their home,” he said. “This is a deathly proposition for some of those people. You can’t breathe, you know what I’m saying? You can’t breathe!”

The 43-year-old Senate Minority Leader has already spent 17 years in public office and now faces term limits. A protégé of former U.S. Rep. Kendrick Meek, he has never lost an election; if anything, he has won by increasing margins.

He got the inspiration for never taking his foot off the gas from Meek’s mother, former U.S. Rep. Carrie Meek.

“‘You kill a fly with a sledgehammer,’” Braynon said. “That’s what she used to tell me.”

In truth, his campaigns started before he was born. Braynon is a “fourth- or fifth generation Miamian on both sides of the family,” and those roots intertwine throughout Miami-Dade and into Broward County.

He grew up in northern Dade County, the son of Oscar Braynon, chief of staff for a County Commissioner, and an accounting manager in a government office. To distinguish him from his father, friends dubbed Braynon “O2.” The nickname stuck.

By middle school and high school, he was student body president. At 16, he became the first page for Kendrick Meek, then in the Florida House in a seat Braynon would later assume.

“He was a mentor and a friend,” Braynon said. “He taught me the process.”

A Democrat, he got a job out of Florida State University in 2000 in a voter drive for Meek.

He reconsidered plans to go to law school when Miami Gardens was incorporated in 2003. At the time, Braynon was working for County Commissioner Betty T. Ferguson, who was instrumental in creating the city out of historically African American neighborhoods, resulting in the largest predominantly black city south of Atlanta.

He decided to run for the Miami Gardens City Council. Dozens of relatives helped pass out flyers and knock on doors. He won.

“Things kind of just kicked off from there,” he said.

He served on the council for five years, then moved to the House for three sessions.

In 2010, Braynon defeated three former state representatives in a special election to fill the Senate seat vacated by Frederica Wilson, who had been elected to Congress.

He’s proud of his work setting up needle exchanges, a method of harm reduction for IV-drug users. “It stops the spread of infectious disease,” he said. “But it’s also a chance to talk to people, get them the help they need.”

Maybe that help is treatment for AIDS or help with an addiction.

“We’ve used it as a touchpoint to change people’s lives,” he said. “And it’s worked.”

Success of needle exchanges paved the way for Braynon to take the program across the state. Because his district was redrawn in 2016 and the staggered term he inherited, Braynon runs up against his Senate term limit in November, two years sooner than he would have faced had it not been for court-ordered redistricting.

He was keeping a low profile as he packed food to give away, not planning to talk about his next race, this time for Mayor of Miami Gardens.

“I’m going to pause (campaigning),” Braynon said, “and just get people the things they need. People need stuff; people are getting laid off.”

“They’re not coming out to vote for Barack Obama and me,” he said. “They’re voting for me or probably one other person on the ballot.”

A car pulled up, and Braynon approached and introduced himself.

“‘I know who you are,’” the middle-age driver told him. “She says, ‘I already voted absentee. My mother likes to vote on Election Day. And she asked me to come take her to vote for that little Braynon boy.’”

The woman set up a walker then helped an elderly woman out of the back seat.

“The mother gets out, says, ‘Baby, I know who you are, and I had to get my daughter to come to take me to go vote for you.’

“And you think in your head, ‘These are the people I am representing,’” he said. “That old lady who got out of bed, had her daughter come pick her up. And she’s in a walker, and she’s going to go in there and vote for me because she believes I am the person that’s going to help her.”

For O2, that kind of faith is a breath of fresh air, and a responsibility. He’s glad to be of service now, he said.

nextDavid Simmons has proved an indefatigable force for two decades