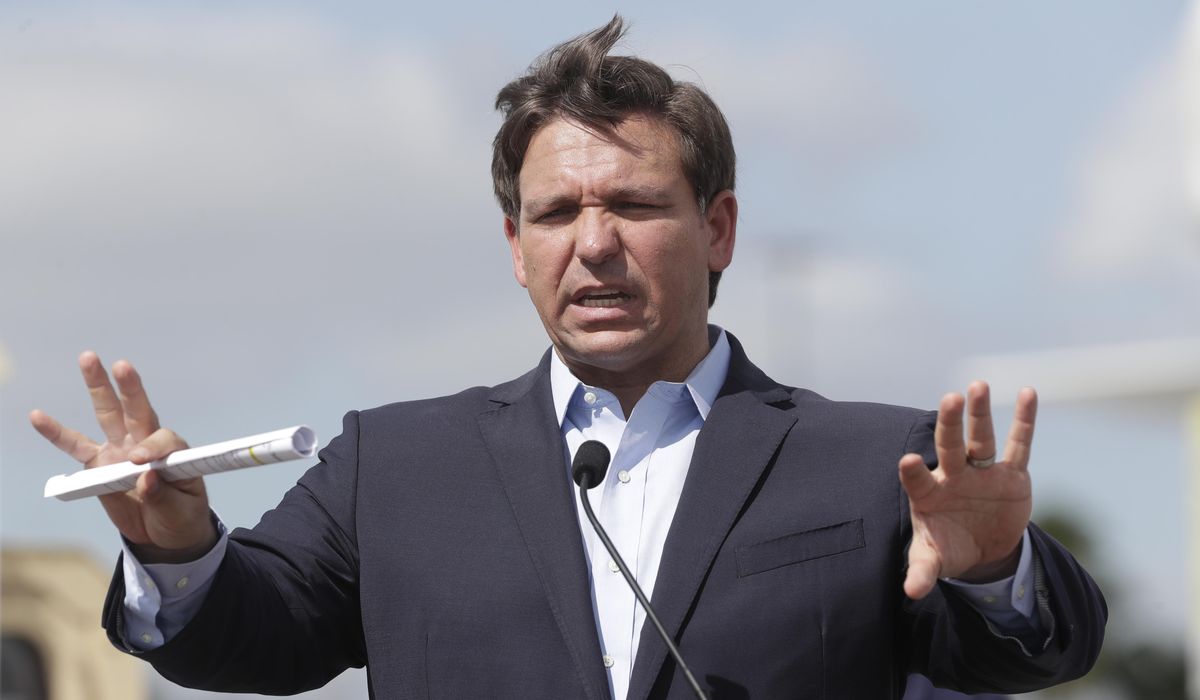 Gov. Ron DeSantis said Monday that the state’s heavily criticized unemployment system should now be able to handle the crush of applicants it is receiving as workers lose their jobs because of the coronavirus outbreak.

He said the computer system’s capacity has been increased to handle 120,000 simultaneous connections, about double the peak usage in recent weeks, and by Tuesday 750 additional state employees will be trained to handle and process phone calls. Private call centers are also being contracted to provide additional service. Last week, 3.8 million calls were made to the department, 50% more than all of last year.

’We are in a position where people have lost their jobs, they are looking for relief and they were having a lot of difficulty,” DeSantis said. “People were on this site and it was timing out. People would go hours and hours upon end and it was totally unacceptable. You have a single mother who no longer has a job, who has to worry about how the rent is going to be paid, how food is going to be put on the table. We want this system to be accessible.”

But despite assurances that help was on its way, some said they still weren’t getting it.

“Nothing is fixed, but they can now put you on hold,” said Jay Mendez in a text message he typed while on holding Monday afternoon — for nearly four hours, and counting. He was laid off from his Miami accounting firm three weeks ago.

The Department of Economic Opportunity said it is working to expand online capacity with additional servers, even as it began accepting paper applications to accommodate more claims while getting staffing help from other state agencies.

Frustrations among Floridians like Victoria Restaino, 74, had been growing with each passing day.

“It was like a full-time job trying to get through,” said Restaino, who was furloughed three weeks ago from her part-time job at Regal Theaters in Miami Beach. With a limited income and mounting bills, she’s been desperate for help.

“I could see that the system was a failure,” Restaino said Monday. There were days she called more than 200 times, but with no luck. When she called over the weekend, she thought it was going to be another exercise of futility.

When a live voice came on, she was startled. Then she began to cry.

The woman on the other line asked if she was sad. “I was not sad. I told her I was so relieved. Then I tried to compose myself.”

Now, she awaits a check — but it was unclear Monday how quickly those checks would be put in the mail once the backlog of claims begins getting cleared.

And it was still unclear if the state’s newly jobless can claim for retroactive payments.

State statistics show that more than 13,000 people have been diagnosed with the disease and 253 have died since the outbreak began being tracked a month ago. About 1,600 people are hospitalized in the state.

While he exempted houses of worship from the stay-at-home order he issued last week, the governor encouraged them to hold their services online, outdoors or in other ways to limit person-to-person contact.

“We want people at this time to be spiritually together but to remain socially distant,” he said. “Please keep God close but keep COVID-19 away.”

Meanwhile, several civil rights groups have filed a federal lawsuit against the Miami-Dade County corrections department seeking an emergency order to release medically vulnerable inmates at one of its main jail sites. The lawsuit contends that the MetroWest Detention Center is a “petri dish” for the virus and that inmates lack basic protections.

“People are crammed together in dorm-style bunks, 60 people to a cell, without access to the basic things that we have on the outside. They have no hand sanitizer, no gloves, no ability to distance,” said Maya Ragsdale, an attorney with the group Dream Defenders, in a news release.

The lawsuit was filed on behalf of seven of the jail’s roughly 1,800 inmates. A telephone hearing on a request for a temporary injunction on the release of certain inmates was set for Monday afternoon before U.S. District Judge Kathleen Williams, but it was continued until Tuesday. The corrections department declined comment on a pending legal case.