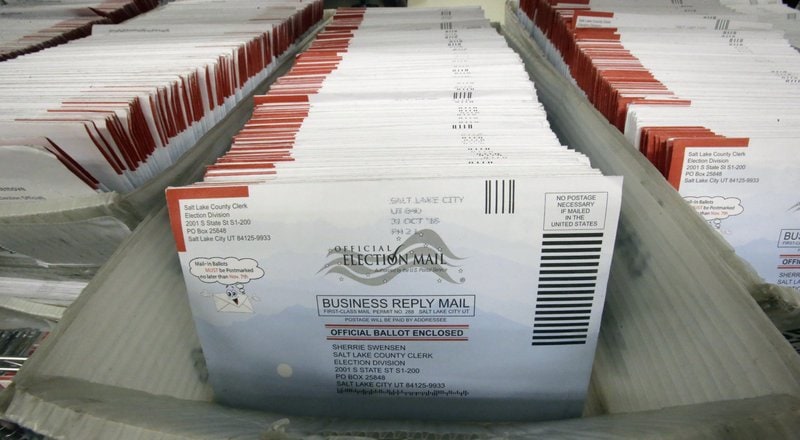 Miami-Dade County Commissioner Daniella Levine Cava is pushing for a plan to send mail ballots to every voter in the county amid concerns about the novel coronavirus.

Levine Cava sent a letter to County Mayor Carlos Giménez Monday raising concerns about cramming people into the polls this August and November without a clear indication the virus will be under control.

“The potential for crowded waiting lines and in-person interactions create complications and could dissuade people from participating in these important elections out of fear of potential exposure to this terrible virus, even as we practice social distancing and use personal protective gear,” Levine Cava wrote.

“A safe and effective alternative is to expand our vote-by-mail capabilities. Miami-Dade has grown the percentage of voters choosing this method of voting which will help reduce the pressure of safely managing Early Voting and Election Day with a potentially reduced number of volunteer poll-workers, and reduce the risk faced by our most vulnerable voters if they were to cast their ballots in-person.”

Levine Cava is asking Giménez for a report on the “feasibility and costs” of sending mail ballots to every voter in the county in both the August primary election and the November general election.

The Commissioner — who is also seeking to be the county’s next Mayor — is asking the early voting period be extended to 22 days as well.

In recent days, Dr. Anthony Fauci has said the country could still be feeling the effects of the novel coronavirus by November.

While he expressed hope the nation would be back to some “degree of normality” by November, Fauci said in a separate interview he “can’t guarantee” voting in person will be safe in the general election.

Last week, the state of Wisconsin struggled with this issue after a last-minute effort by the Governor to postpone the state’s scheduled elections. That decision was overturned by the state’s Supreme Court, leaving Wisconsin residents to decide whether to remain sheltered inside or travel to vote.

The state’s voting centers were also limited due to a poll worker shortage — caused by concerns about the virus — which led to several locations being shut down entirely due to lack of staff.

“The long lines and dangerous conditions in Wisconsin underlined the urgent need to evaluate new options and plan for the upcoming elections,” Levine Cava wrote in her letter to the Mayor.

“It is our duty to protect both the integrity of our elections and the health of our community.”

Miami-Dade County has been the biggest hotspot for the virus in the state. More than 7,000 cases had been recorded as of Sunday evening, good for more than one-third of the confirmed cases throughout the state.

With just over four months to go until the state’s Aug. 18 primary, Levine Cava said the county needs to plan now for what that election will look like.

“In August and November, we can expect an unprecedented level of voter participation,” Levine Cava wrote.

“Our most important goals should be to protect the health of all voters and their right to cast their votes. We can do this by improving access, ensuring integrity, and creating new plans for the safety of our most vulnerable populations. Working together, we can protect our elections, our health, and serve as a model for others to follow.”