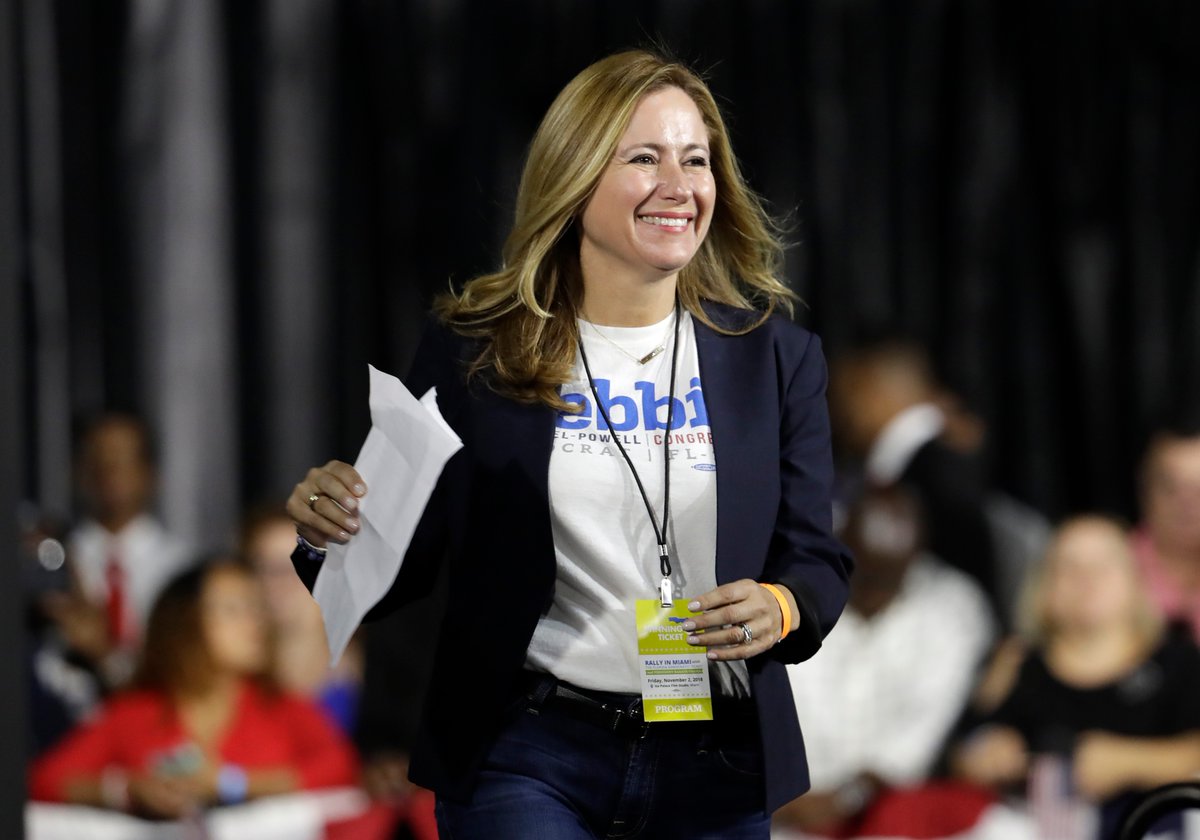 U.S. Rep. Debbie Mucarsel-Powell added nearly $740,000 in the first quarter of 2020, making that period her most productive fundraising quarter of the cycle despite impacts of the novel coronavirus.

Overall, the freshman Congresswoman has $2.2 million on hand to fend off a trio of Republican challengers.

Mucarsel-Powell has stopped actively fundraising as a result of the outbreak, as many other campaigns have done.

The latest reports filed with the Federal Election Commission cover Jan. 1 through March 31, most of which was before Mucarsel-Powell suspended fundraising.

The campaign notes its success with small dollar donations, saying more than 92% of first quarter contributions were in amounts less than $200.

“Debbie Mucarsel-Powell’s strong grassroots support is a testament to the hard work she is doing for her community,” campaign manager Andrew Markoff said.

“In the midst of this crisis, the Congresswoman is continuing to be a tireless champion for keeping South Floridians safe, ensuring they have access to health care, and getting money into their hands as fast as possible to help stabilize the economy. The strength of our campaign is proof that South Floridians know how critical it is to re-elect Debbie Mucarsel-Powell, because she will always fight for them.”

Three Republican candidates have filed to challenge Mucarsel-Powell for the seat in Florida’s 26th Congressional District.

Restaurateur Irina Vilariño and Omar Blanco, the former head of Miami-Dade Firefighters Local 1403, have both been competing against Mucarsel-Powell dating back to last year.

As of this posting, first quarter data for Giménez and Vilariño was not yet available. But Blanco added just over $8,000.

Those weak fundraising numbers are, in part, what gave Giménez confidence to enter the race.

Federal campaigns faced a Wednesday deadline to report all financial activity through March 31.